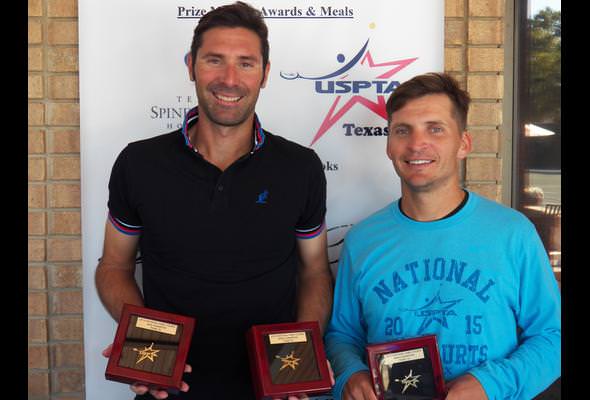 Left to right: Ianni and Zguns

Adrians Zguns of Orlando and Stefano Ianni of Miami were title winners at the 2016 USPTA Hard Court Championships on Nov. 4-6 at Hollytree Country Club in Tyler, Texas.

Zguns defeated the 2015 men’s singles winner Ianni 6-1, 6-4 in the men’s singles final. With the two titles this year, Zguns now has a total of 13 USPTA Surface Championship wins.

Total prize money for the event was $13,000, and the three-day tournament was open to USPTA-certified teaching professionals. Full results of the 2016 USPTA Hard Court Championships are available on setteo.com/torneos/13-000-uspta-national-hard-courts.

For more information on the USPTA Surface Championships, visit uspta.com/tournaments. 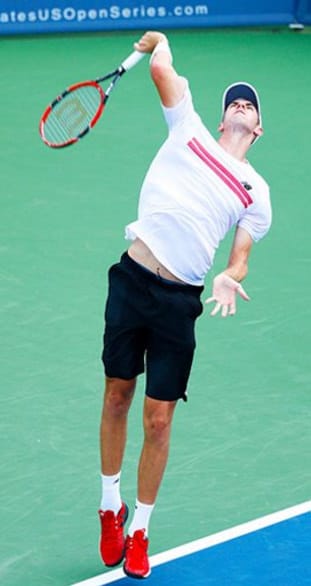 Palm Coast native Reilly Opelka won his first pro tennis title over the weekend at the $50,000 ATP Challenger in Charlottesville, Va., in the final defeating Ruben Bemelmans of Belgium 6-4, 2-6, 7-6(5).

“I had to manage my energy and my body,” Opelka told The Daily Progress of letting the second set go after going down multiple breaks early to save his energy for the third set. “I was pretty beat up after a long week. It was a tough decision to make on the court, but I think it paid off.”

The 19-year-old unseeded Opelka survived two three-setters in his opening two rounds, coming from a set down to defeat former University of Florida standout Sekou Bangoura, then beating another Floridian in Michael Mmoh.

Opelka hit 28 aces during the final, a career high.

The win moved the former Wimbledon junior champion from 276 to No. 208 on the ATP World Tour rankings, and into the early lead for the USTA Australian Open Wild Card Challenge, which awards a main draw wild card to the player that amasses the most points over three USTA Pro Circuit events.

The 6-foot-11 Opekla missed roughly six weeks after the US Open due to a foot injury, and Charlotte was his second tournament back on tour.