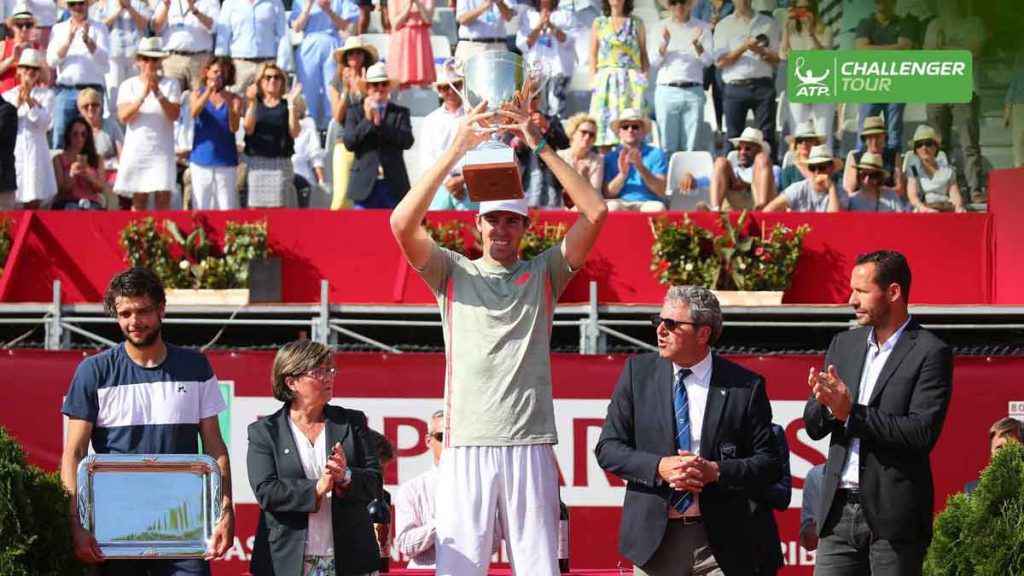 Orlando resident Reilly Opelka came out on top of a strong field to win the all-unseeded final at the BNP Paribas Primrose, a $100,000 ATP Challenger-level event in Bordeaux, France, defeating Frenchman Gregoire Barrere 6-7(5), 6-4, 7-5.

“This week says a lot about my fitness, my tennis, how well I’m competing,” Opelka told members of the media afterwards.

It was his second career Challenger-level title after Charlottesville, Va., in 2016.

The 20-year-old Opelka en route to the final did not face a seeded player, defeating Frenchmen Constant Lestienne and Benjamin Bonzi, fellow Floridian Stefan Kozlov, and former French Open semifinalist Ernests Gulbis of Latvia without dropping a set on the red clay.

In the final Opelka landed 22 aces and broke his opponent in the 11th game of the third set before closing it out 7-5. He improved to 2-0 in career ITF/USTA Pro Circuit finals, and rose to No. 144 on the ATP rankings.