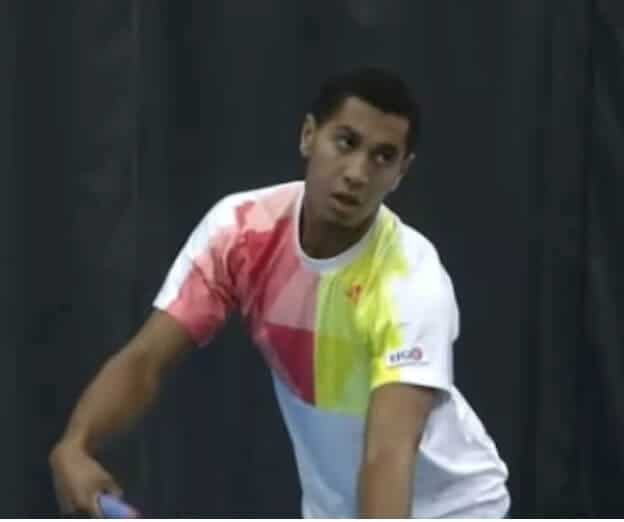 Bradenton’s Michael Mmoh won his first USTA Pro Circuit title of the year at the Columbus Challenger, held Sept. 16-24, 2018 at the Ohio State Varsity Tennis Center in Ohio. In the final of the $75,000 ATP Challenger event he defeated top-seeded Jordan Thompson of Australia 6-3, 7-6(4).

The No. 3-seeded Mmoh in the second set broke with Thompson serving for the set at 6-5 and closed it out in the tiebreaker for his first USTA Pro Circuit title since Lexington, Ky., 13 months ago.

Mmoh rose to a career-high No. 108 on the ATP rankings. He dropped only one set during the week, in the first round finding himself a set down against fellow Floridian Sekou Bangoura.

Mmoh improved to 7-3 career in USTA Pro Circuit finals, while the 24-year-old Thompson fell to 10-13, suffering a fourth consecutive loss in finals this year.

Unseeded Tommy Paul of the U.S. and Canadian Peter Polansky won the doubles title, defeating unseeded Gonzalo Escobar and Roberto Quiroz of Ecuador 6-3, 6-3 in the final.