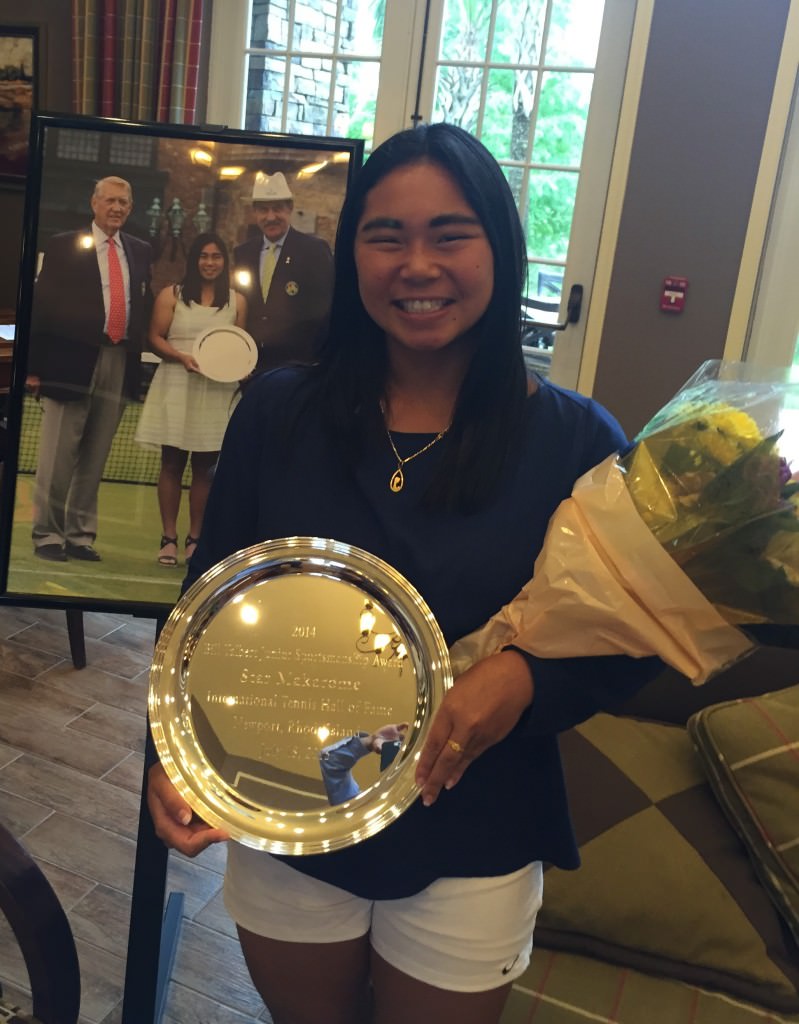 Teenager Star Makarome of Wesley Chapel, Fla., last week was the recipient of the national 2015 Bill Talbert Junior Sportsmanship Award, presented by the International Tennis Hall of Fame in Newport, R.I., during their annual induction ceremonies.

“Star and her family asked me to thank all of USTA Florida for its support and guidance throughout her Florida junior competitive journey,” said USTA Florida Director of Competitive Tennis Jason Gilbert, who congratulated the family upon their return to Tampa. “Star will be a freshman at Colombia University starting in the fall.”

Award nominees must be 18 or under, and a junior player who exemplifies the finest qualities of sportsmanship in tournament play as well as maintaining the finest traditions of the great sportsmen/women of tennis, past and present. The award is given in honor of 1967 Hall of Famer Bill Talbert, who was regarded for his high standards of sportsmanship.

Notable past recipients include Sam Querrey, Alexa Glatch, Alison Riske and Rajeev Ram. The Bill Talbert Junior Sportsmanship Awards are presented each year by the Board of Directors of the International Tennis Hall of Fame. Recipients are selected from nominations received from the 17 USTA sections.

The 17-year-old Makarome this summer was No. 15 nationally on the Tennis Recruiting Network’s recruiting list, No. 2 in Florida, and No. 20 on the USTA Girls’ 18s national ranking.

“We are thrilled with Star being recognized with this prestigious award,” said USTA Florida Executive Director Doug Booth. “One I personally feel is what junior competitive tennis should be all about.”

For more information about the award go to www.usta.com/About-USTA/USTA-Awards/bill_talbert.