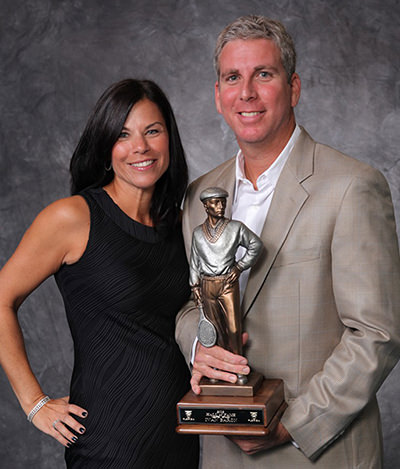 Ivan Baron of Parkland, Fla., who competed at the US Open twice, was one of five directors who made a trip to New York City and a day at the US Open. Baron has been running tournaments for 14 years in Delray Beach, Fla. He is a member of the USTA’s Florida Tennis Hall of Fame and was once ranked No. 1 in the USTA Junior Worlds Rankings.

Baron runs various tennis tournaments throughout the year, most notably the Delray Beach Open, drawing in over 50,000 spectators during the event.

The Junior Competition subcommittee reviewed a wide range of candidates from across the country. Particular emphasis was given to the prominent national tournament directors who also run tournaments at the section, district, state and local levels.

“The tournament directors chosen were thoroughly vetted and are truly recognized as the best of the best,” said Ellen Ehlers, USTA Junior Competition Subcommittee Sanction and Schedule Coordinator. “They really care about every aspect of the tournaments they run and at the end of the day the goal is for everyone who steps foot on tournament grounds, whether it’s a player, parent or coach, to walk away feeling that this tournament was well run and met all of their expectations. These directors continuously exceed expectations.”

“Hearing from and learning about other tournament director’s strategies and practices was a great way for us all to be exposed to something new,” Baron said. “No one knows everything and having an open line of communication between directors to learn from each other and bounce the best ideas off of one another is a great tool.”