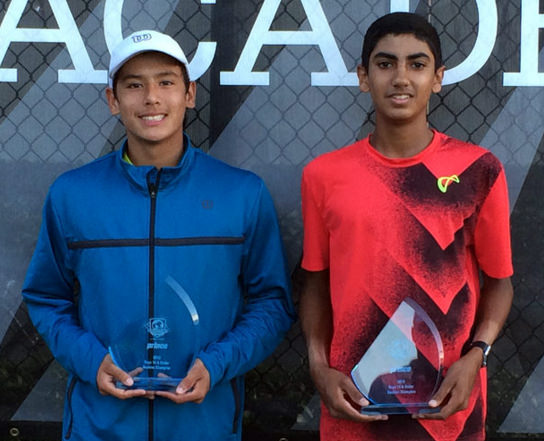 “This year both the [U.S.] girls and the boys had playoffs in Boca Raton, with eight players invited to play in a round robin competition, with the top four finishers receiving spots [on the team],” said USTA Florida junior tennis contributor Colette Lewis of zootennis.com. “The girls have not always had a playoff, but they did this year.”

Garcia, an 8th grader, is ranked No. 17 nationally and No. 2 in Florida according to the Tennis Recruiting Network.

The Hollywood resident has had a great deal of success on the doubles court in 2015. This month at the Eddie Herr he won the title with Boca Raton’s Ronan Jachuck, in the final toppling No. 1 seeds Joao Ferreira/Thiago Tirante of Argentina, and at the USTA Sweet Sixteen in June in Delray Beach he captured the title with Leighton Allen (Austin, Texas).