Rose Austin (Naples) is unlikely to forget her 80th birthday (which was today, October 13th). She is a member of the USA Doris Hart Cup, for women 80 and over. It was her first time playing for her country in an international senior tennis event. After Jane Lutz (Sarasota) won her match at #2 singles against Australia, captain Margaret Canby (Texas) lost at #1 singles. Margaret and Rose then teamed up in the deciding doubles match and won it 61 63. Afterwards, her team and several other American players sang her “Happy Birthday”. 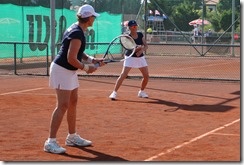 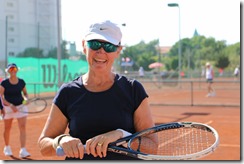 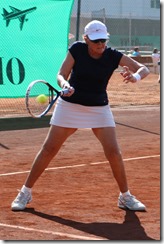 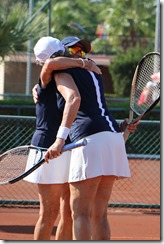 The other Floridians in action didn’t have so much excitement, but were equally successful.

Fred Farzanegan captains the men’s 75 team, Bitsy Grant, and won at #1 singles, clinching the win for his team today. As captain, he was also coaching the singles and doubles of his teammates. 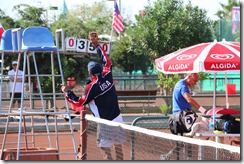 Carol Clay (Fort Lauderdale), played doubles with Kathy Bennett (California) today after her teammates had won both singles, putting the cap on a 3/0 team victory.