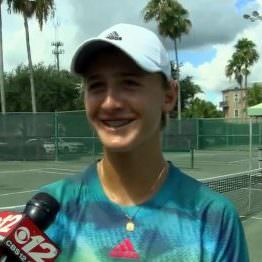 The competition includes 16 nations on both the boys’ and girls’ sides, competing first in round robin groups, then in a knockout bracket to determine the winner. In 2014 the U.S. swept both titles for the second time in seven years. Last year, the U.S. girls finished second to the Czech Republic, while the boys finished seventh.

Korda was one of a group of U.S. junior boys to train with Ivan Lendl last year through a USTA Player Development initiative, winning the USTA Boys’ 18s clay court national title and then reaching the third round of the US Open boys’ singles championships earlier this month.

For more info go to www.itftennis.com/juniors/team-competitions/jdc-jfc-by-bnp-paribas.aspx.