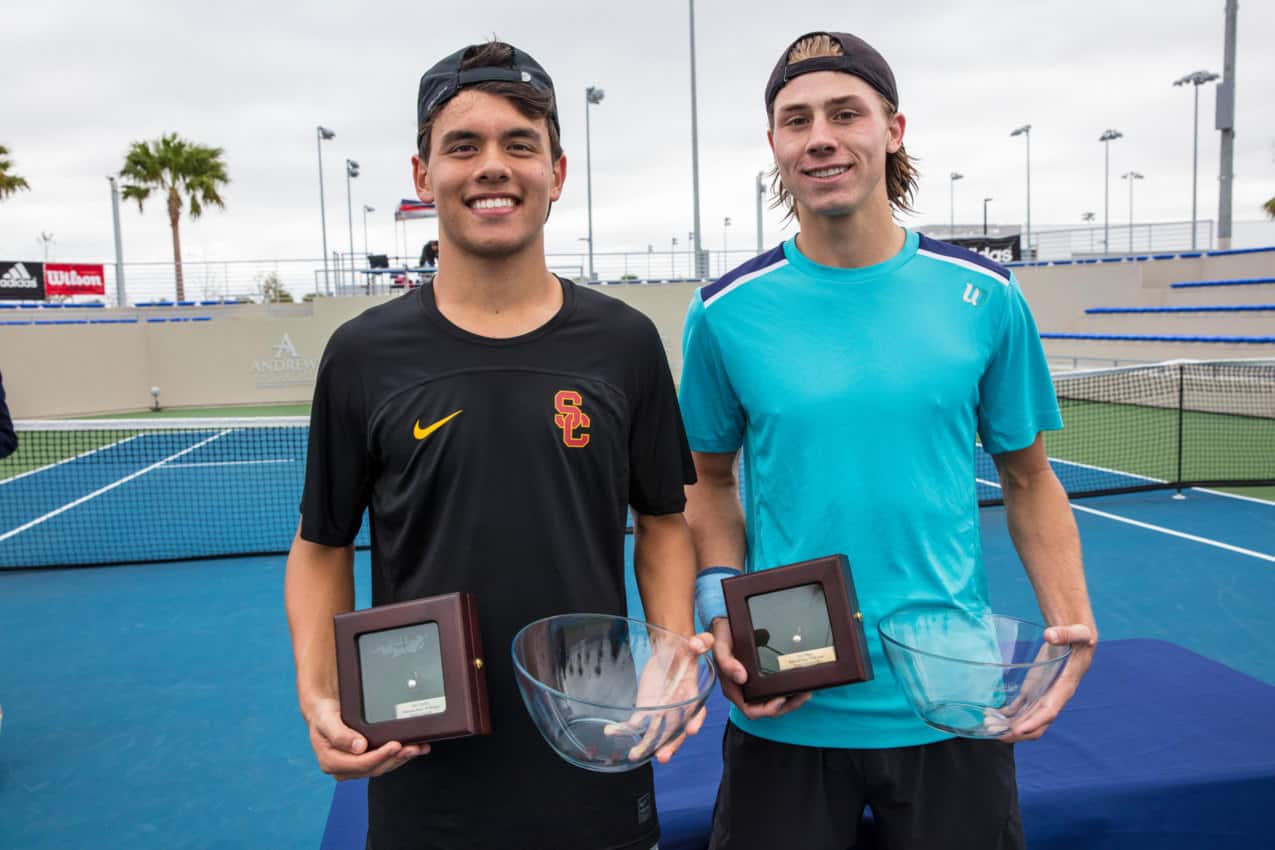 Alshon, a four-time doubles champion during his junior career at the USTA Florida “Bobby Curtis” Junior State Championships (2014-B14 doubles, 2013-B14 mixed, 2012-B12 and mixed), utilized his all-court game in defeating No. 12 seed Bradley Frye (Overland Park, Kan.) 6-4, 4-6, 6-0 in the nationally-televised final on the stadium-bowl hard court at the USTA National Campus in Orlando.

The No. 16-seeded Alshon overcame windy and chilly conditions to win a third straight USTA National Winter Championships title after last year claiming the boys’ 18s doubles championship with partner Trey Hilderbrand of San Antonio, Texas, and the boys’ 16s singles in 2016. The match was shown on Tennis Channel, in addition to the girls’ 18s final.

Frye, who has verbally committed to the University of Southern California, appeared to run out of gas in the third set after coming off a third-set tiebreak upset win over the No. 4 seed the previous evening in the semifinals, played indoors at the USTA National Campus due to inclement weather.

The victory also earns Alshon, who is coached by Eleazar Magallan, a wild card entry into a future USTA Pro Circuit event. It was his second USTA Gold Ball win of the 2017 season after claiming the 18s doubles title at the USTA National Clay Court Championships.