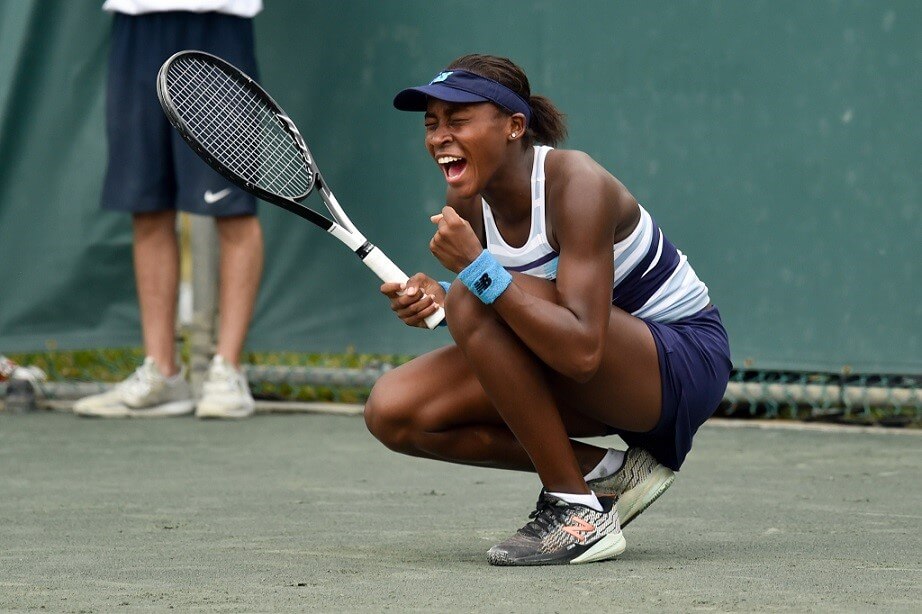 Florida 14-year-old phenom Cori “CoCo” Gauff on Sunday won the Orange Bowl International girls’ 18s title in Plantation, Fla., in the final coming back from a break down in the third set to defeat China’s Qinwen Zheng 6-1, 3-6, 6-4.

She became the youngest Orange Bowl girls’ 18s singles champion in 15 years, since Nicole Vaidisova won the title a month younger in 2003.

The Delray Beach native says it is likely her last junior tournament before turning pro in 2019.

She is the second straight American, and Floridian, to win the Orange Bowl girls’ 18s singles champion after Whitney Osuigwe in 2016. Earlier this year Gauff reached the world No. 1 junior ranking on the strength of winning the French Open girls’ singles title.

In the third set Gauff, down a service break, broke back to level the set at 4-all. She then fought off three break points to hold on the next game, then broke Zheng again to complete the comeback.

“The crowd has been here all week for me,” she said. “Clearly they were rooting for me. There were faces that have been here since Monday — not people I knew — but now I know. A lot of people showed up. I was surprised. I wasn’t expecting that…I remembered saying this in my head: ‘All these people are here, and they are still rooting for you, and you’re down 4-2. Then you should start rooting for yourself, too,’ and I think that helped turn the match around.”

For more information go to www.ustaorangebowl.com.