Florida Tennis Players’ ‘Road to the US Open’ Begins This June 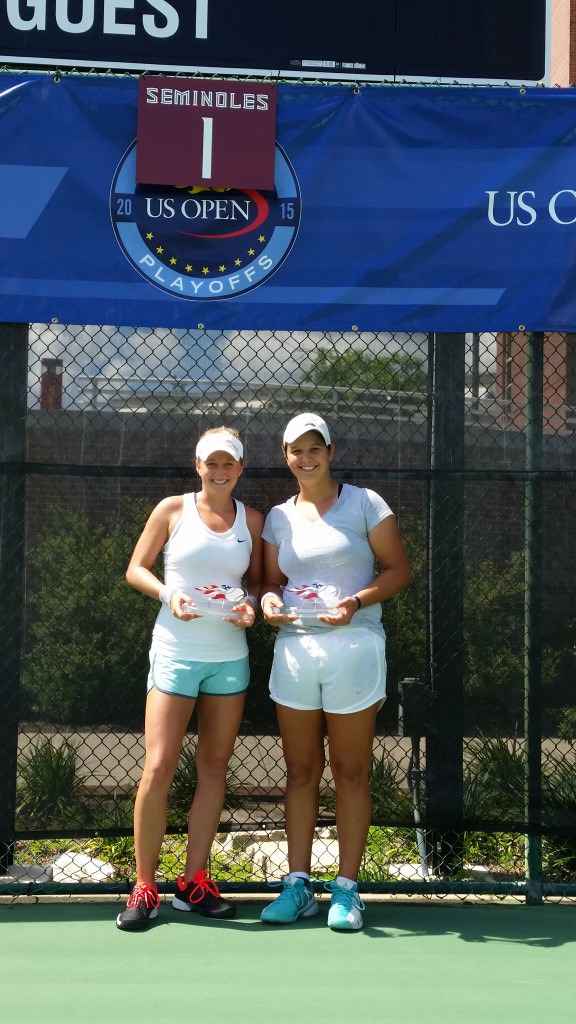 The US Open is the only Grand Slam tennis tournament where anyone 14 years or older can compete to reach the qualifying or main draw, and that will continue in 2016 when the US Open National Playoffs will be held for the seventh year.

For Floridians, June 3-5, 2016 at the Scott Speicher Tennis Center on the campus of Florida State University is when and where tennis players of all levels can say they competed on the “Road to the US Open.”

Entries will open on March 15, and the entry deadline is May 23.

“The US Open National Playoffs are all about giving players of all abilities the opportunity to dream big and be a part of the US Open,” said Katrina M. Adams, USTA chairman of the board, CEO and president. “This year, players have more ways than ever to make it to New York, with all five of the US Open’s draws in play. We look forward to another year of great tennis and watching top juniors, collegians, aspiring pros, and weekend warriors connect with the US Open and compete for the chance to play on tennis’ grandest stage.”

Entry fees vary per division, and all players competing must have a current USTA membership valid through Aug. 29, 2016.

The Florida champions and the winners of the other 14 USTA Sections participating will advance to the following US Open National Playoffs Championship events that will take place in conjunction with the WTA tour’s Connecticut Open presented by United Technologies, an Emirates Airline US Open Series event, in New Haven, Conn.:

Register Now For The 2016 US Open National PlayoffsFloridians, June 3-5 is the 2016 US Open Tennis Championships at the Scott Speicher Tennis Center on the campus of Florida State University. Click the link to find out how to register today! http://ow.ly/YZTZ4

More than 2,000 players competed in the 2015 US Open National Playoffs — the largest number of players ever. Players ranged from USTA League players to once-ranked pros, to junior players and current/former college standouts, and recreational players of all playing abilities and walks of life. Click here to see last year’s Florida winners.

Registration will begin March 15. For full rules and regulations, or for more info, go to http://usta.usopen.org/US-Open/us_open_national_playoffs.