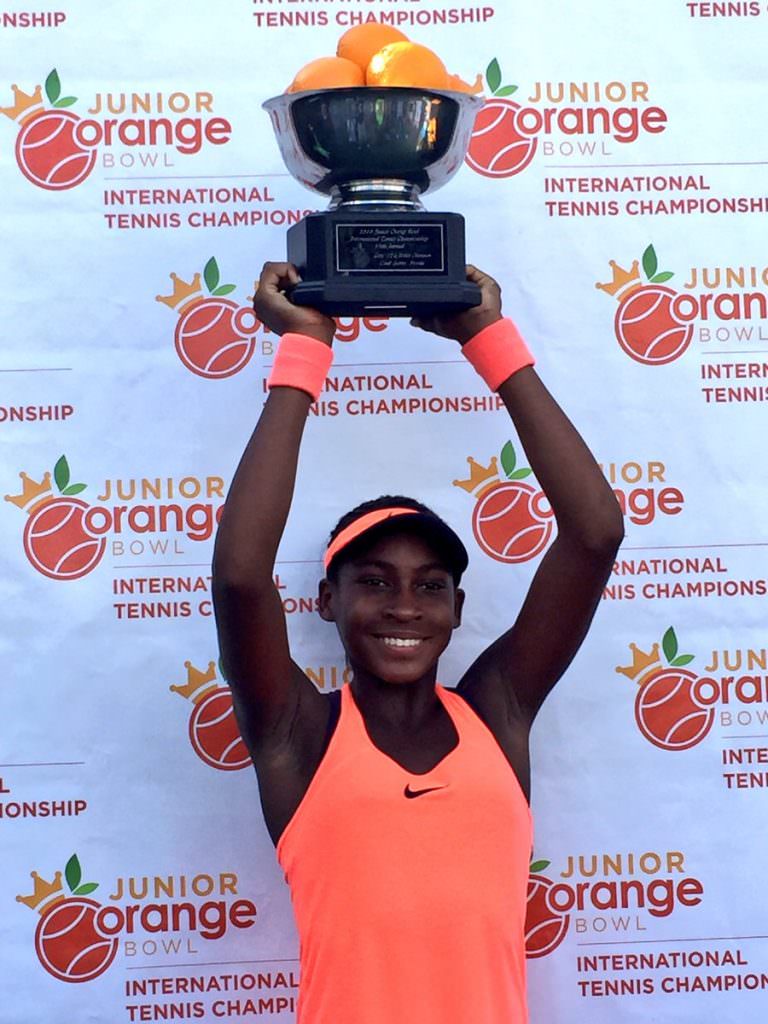 The tournament featured more than 1,500 of the top-ranked 12- and 14-year-olds from across the globe, and was played at four clubs/facilities in and around Miami.

“I just try to imagine that I’m back at my home court in Delray,” said Gauff, who is coached by Gerard Loglo at the New Generation Tennis Academy in Delray Beach, speaking to www.zootennis.com. “I play a lot of tiebreaks in practice, so I just pretended it was another tiebreaker there.”

North Carolina’s Victor Lilov won the boys’ 12s title, in the final defeating No. 9 seed Bruno Kuzuhara of Coconut Creek, Fla., 0-6, 6-2, 6-4. It was the first time in six years that Americans swept the boys’ and girls’ divisions in the 12s.

Besides coming from 0-6 down to win the final, Lilov saved six match points in his semifinal.

In the boys’ 14s final China’s top-seeded Bu Yunchaokete preventing an American sweep of all divisions by beating No. 2 seed Alex Lee of Illinois 6-4, 6-4 in the final.

For more info and complete results go to http://tennislink.usta.com/Tournaments/TournamentHome/Tournament.aspx?T=185130.