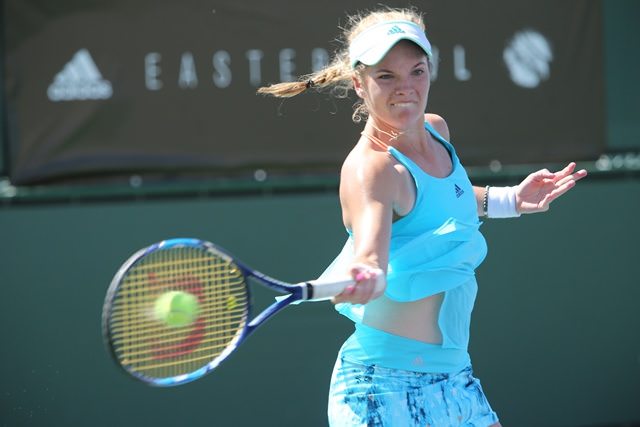 Bernard as the No. 9 seed captured the boys’ 14s title, in the final upsetting No. 2 seed Aryan Chaudhary of Santa Clara, Calif., 6-4, 6-2. In the semifinals Bernard ousted No. 1 seed Maxwell McKennon, while Chaudhary outlasted Martin Damm of Bradenton, Fla., in three sets.

“When it was 5-4, and she went up 40-0 I definitely thought I was done,” the 14-year-old Owensby, who saved seven match points, told zootennis.com. “But I just took it one point at a time, and when I got it to 5-all, I just focused on that game and when I won that game, I thought I could win the match.”

Osuigwe teamed with Caty McNally of Ohio to win the girls’ 18s doubles title, as the top seeds in the final defeating No. 2-seeded Taylor Johnson of California and Ann Li of Pennsylvania 6-3, 7-6(10).

McNally-Osuigwe fought off a total of seven set points from their opponents over the two sets.

Earning USTA Silver Balls for their runner-up efforts were Bradenton’s Sebastian Korda, who as the No. 10 seed lost in the boys’ 18s final to No. 8-seeded Alafia Ayeni of San Diego 6-4, 0-6, 7-5; and Damm who in the boys’ 14s doubles final as an unseeded pair with partner Aidan Mayo lost to the No. 3-seeded team of Chaudhary/Timothy Li 7-5, 6-1.

For more info go to www.easterbowl.com.