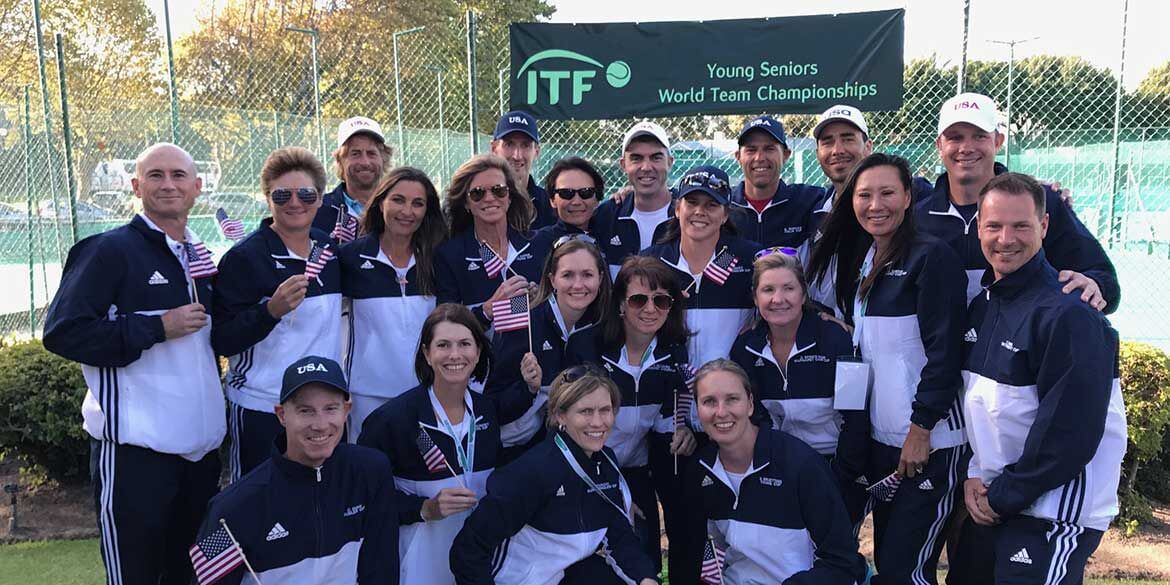 Four Florida players competed for the U.S. at the recent ITF Young Seniors World Team Championships in Miami, Fla., where the U.S. Suzanne Lenglen Cup (women’s 35 & over) team posted the top result, falling 2-1 to Germany in the final.

Janosek, who had her 13-month-old daughter, Adela in tow, holds dual citizenship with her native Czech Republic.

“If Serena [Williams] could do it then I can,’’ Janosek said of playing and traveling. “[Adela] can throw a ball pretty good with her left hand. Mommy likes it.’’

Players competed for six Cups in the 35- to 45-and-over equivalent of tennis’ Davis Cup and Fed Cup competitions. The ITF Young Seniors World Team Championships is the highest-ranked event on the ITF Seniors Circuit for male and female players in the age categories of 35-45.

For full team rosters and more info go to www.usta.com/news.