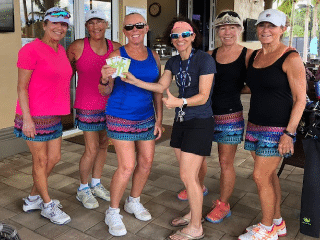 Tennis is a game built on sportsmanship, and nothing makes this more apparent that having to call your own lines and keep your own score. These elements are the epitome of fairness, and they lie at the heart of the game — and at the very soul of USTA League play.

Collier County has been doing its best to inspire fair play and sportsmanship for the last couple of years, and we’ve finally achieved this with our new “Good Sportsmanship Together” #ConsiderateTennis program. I feel the adults have an obligation to all the leagues to promote good sportsmanship and set an example for the juniors. 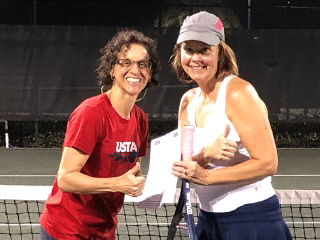 The purpose of this program is to educate and inspire a high degree of sportsmanship and an attitude of fair play and mutual respect on and off the tennis court. Our thought process should be that fairness is more important than winning. I believe strongly in the importance of good sportsmanship and making tennis more enjoyable for all. This is not just one person’s responsibility but the responsibility of Collier County as a whole, including players, coaches, and captains, and should encourage good sportsmanship by their own examples. 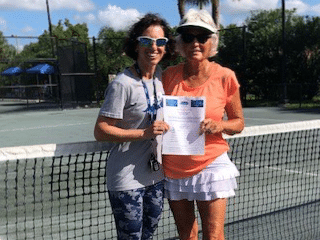 This program will continue on for the 2019 league season. Just send an email to me at dipalo@ustaflorida.com to nominate the player with a brief explanation of their exemplary sportsmanship.

To learn more about upcoming local local league opportunities or to see the latest local news go to www.ustaflorida.com/county/collier-county.

Collier 18 & Over, 40 & Over Teams Advance to USTA League Nationals

By Carole Flegel, captain of Heritage Bay Adult 18 & Over 4.0 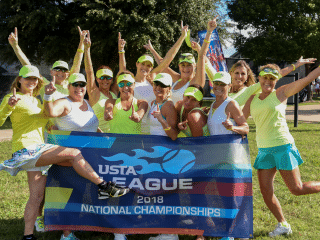 The 4.0 women of Collier County capped off an epic season with two berths to the USTA League National Championships in October! Both these 18 & Over 4.0 and 40 & Over 4.0 teams played out of Heritage Bay. After much success reaching sectionals for the past several years, both teams achieved our bucket-list moment by winning sectionals at Lake Nona this summer!

The 18 & Over team headed to Arlington, Texas for the national championship. Three weeks later the 40 & Over team descended upon Las Vegas for that championship tournament, along with a large fan club of family and friends including USTA Florida Local League Coordination Trish DiPalo. 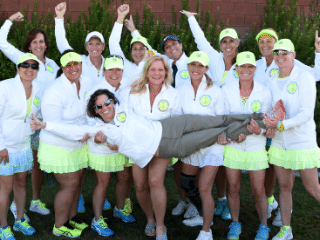 Both teams battled admirably, with nearly all overall matches coming down to third-set tiebreaks. We figured out the hard courts, winning final matches in both tournaments. Florida ended up respectably in the middle of the overall standings. Quite an accomplishment for this group of moms, grandmothers and great-grandmothers, holding our own against the top youngsters and teams in the nation!

Do You Suffer from Match Nerves?

Your stomach is in knots. Your palms are sweating. Your arm feels half its normal length. You’re spraying shots you routinely hit for winners in practice. Your confidence is shaky, at best. Welcome to match play for those who don’t thrive on competitive tennis!

But take heart — here are some tips on how to conquer your nerves:

Accept that nerves are part of the game.

Everyone gets nervous when the stakes are high. It’s how you handle the jitters that separates the winners from the runners-up. Curly Davis, tennis professional at The Country Club of Naples, suggests that you play one point at a time but avoid thinking about the whole match. “Look at the desired outcome, not at what you don’t want to happen.” 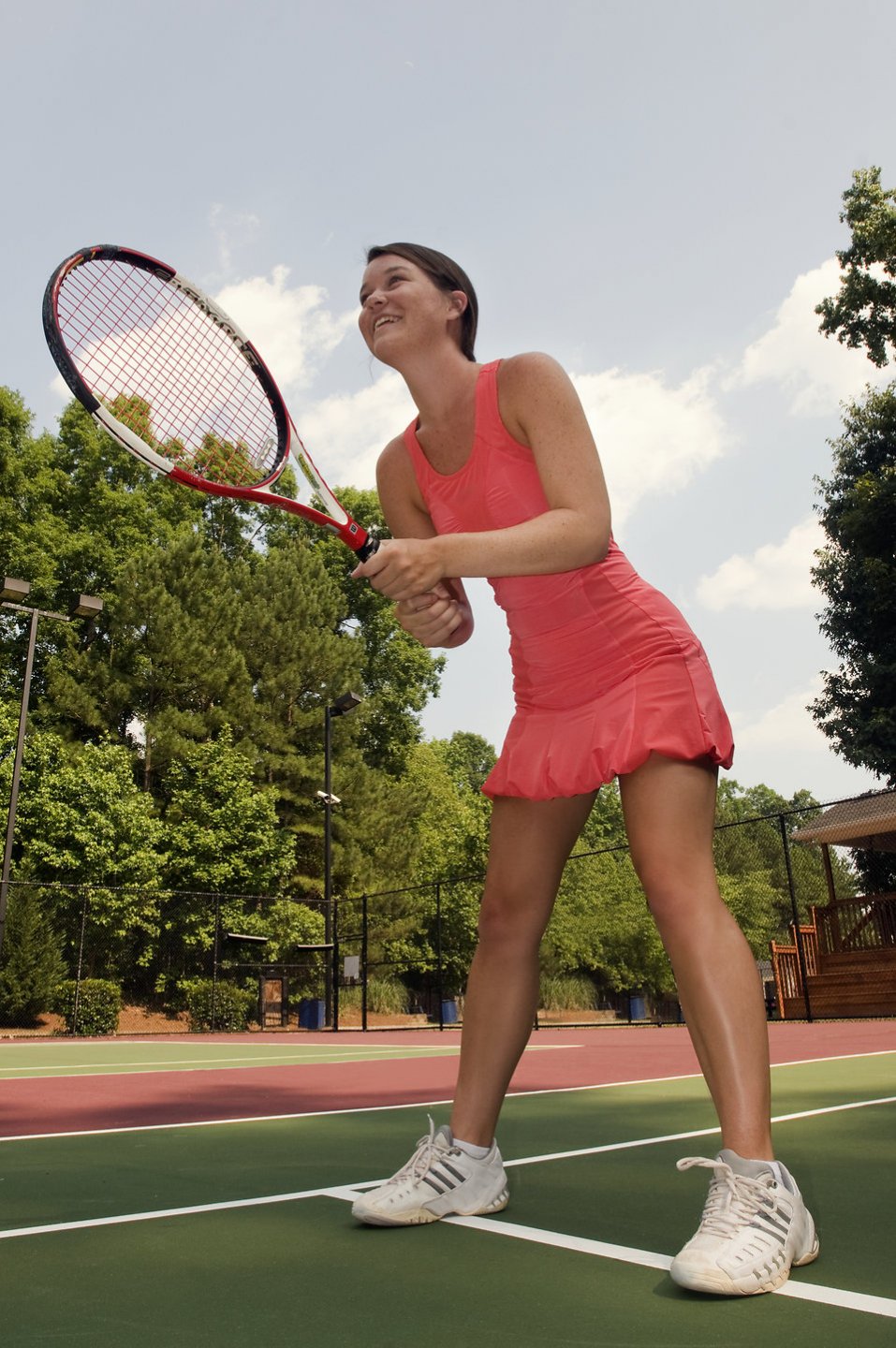 Curly also stresses developing a pre-match ritual that you adhere to faithfully. “Eat, practice, walk on court. Get rid of the butterflies. Like Rod Laver, find a warm-up court to play some games and trick your body into thinking you’ve already begun the match when you actually start to play.”

Turn off the noise in your head.

According to Director of Sports at Collier’s Reserve Country Club Jose Pastrello, nerves can take away the joy of playing tennis. “You start listening to noise in your head. ‘I cannot lose. I’ll let my team down. I don’t like my opponent. I can’t win.’ Instead, put something else in your mind. Find a task to shift your attention to. Keep your head down and swing. Tell yourself to just get the ball in play. Or make three shots. When you’re in the zone you’re not really thinking.”

Get advice from experts.

Mindy Rashbaum, Tennis/Pickleball Professional at The Club at Kalea Bay, recommends reading or listening to audiobooks by Sports Psychologist Allen Fox, Ph.D. A former Davis Cup player, he’s written a number of books on the mental game, including: Tennis: Winning the Mental Match; If I’m the Better Player Why Can’t I Win; Think to Win; and The Winner’s Mind. On the subject of nerves, she suggests, “Try to say, ‘I’m alive!'”

Finally, Brad Gilbert, former Top 10 player in the world, coach and commentator, offers these nerve-busters: Take smooth, rhythmic breaths, keep your feet moving, try to read the print on the ball, and sing a song in the warm-up to distract yourself from nerves.

Karla Araujo is a tennis player and writer who lives in Naples. You can find more of her writing at www.betterafter50.com/author/karla-araujo.

To learn more about upcoming local local league opportunities or to see the latest local news go to www.ustaflorida.com/county/collier-county.