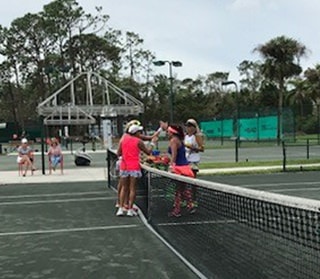 Tennis is a game built on sportsmanship, and nothing makes this more apparent that having to call your own lines and keep your own score. These elements are the epitome of fairness, and they lie at the heart of the game — and at the very soul of USTA League play.

Collier County has been doing its best to inspire fair play and sportsmanship for the last couple of years, and we feel we will finally achieve this with our new “Good Sportsmanship Together” #ConsiderateTennis program.

I feel the adults have an obligation to all the leagues to promote good sportsmanship and set an example for the juniors as well as younger adults. The purpose of this program is to educate and inspire a high degree of sportsmanship and an attitude of fair play and mutual respect on and off the tennis court. Our thought process should be that fairness is more important than winning. 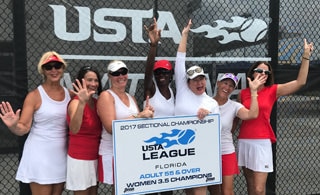 Our local women made a splash at Florida sectionals this year.

The Collier women’s Adult 55 & Over 3.5 team advanced to the 2017 USTA League National Championships in November at the USTA National Campus in Orlando. At the Florida sectional championships the team went undefeated 6-0.

Congratulations to the following teams that won our local league and went off to represent Collier County at the new USTA National Campus in Lake Nona. 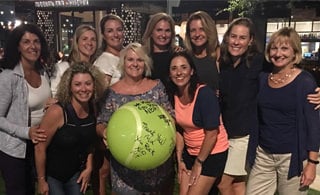 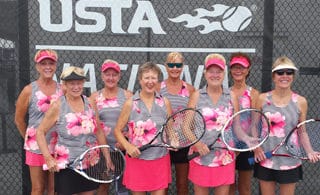 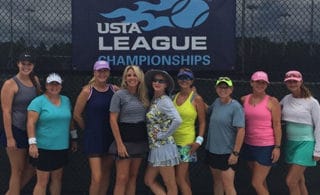 Congratulations to all of our other teams that advanced to USTA Florida Sectionals:

Thank you to all the teams who participated in Collier USTA League in 2017, we are looking forward to a great 2018 league season. To sign-up for 2018 leagues or for more info go to www.ustaflorida.com/contacts/trish-dipalo.