Why We Love USTA Leagues

When I first started the research for this article I expected to find that people played USTA League tennis so they could advance to sectionals and possibly nationals, and there are players out there that list that as a main reason they play. However, more players like the social aspect and the fact that they can play a diverse pool of players at their NTRP level.

Stacey Effner from Hammock Beach Country club says: “I play league tennis for the friendships, the challenge, and the competition. It helps me set goals and work to achieve them.”

Bianca Garcia from Viera says: “I play every season because I love the social aspect and the fresh air. I’m grateful to be in Florida.”

Cristi Lau plays because it is the only way she can compete, as she works during the day. She also likes the fact that she can improve her game and move up to stronger levels of competition.

Other players are returning to the game after a long hiatus and like the fact that there are age groups that fit their lifestyle better. The ability to play in a 55 & Over or 65 & Over league has brought several players back to competition that otherwise would not have been able to handle the pace and pressure of the younger age flights.

The great thing about USTA League tennis is that we really have something for everyone, from the non-advancing social leagues and play opportunities to the more competitive advancing leagues.

For more info on play opportunities near you go to www.ustaflorida.com/adulttennis/adult-play. 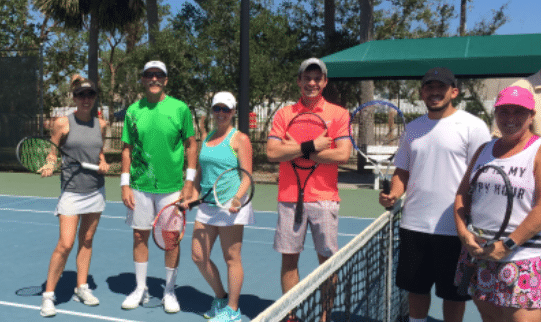 There is a new league in town for the Brevard tennis market. The Brevard Brewsters opened their season on Sunday, March 18 with a match at Kiwi Tennis Club.

Tapping into the World TeamTennis format, this league has everything all in one place. Men’s and women’s singles, men’s and women’s doubles, and mixed doubles all in one team match. Players can play twice, so the individual matches are shorter in duration.

We had a draft party a couple of weeks earlier to make sure that all the people that wanted to play and didn’t already have a team lined up were placed on a team. This also ensured that the teams were not stacked with all the stronger players in one place.

There are other social leagues to follow later in the year: Sunday FUNday mixed doubles and the Techno Rival corporate league will start in the fall. Stay tuned for more information, and check existing area leagues at www.ustaflorida.com/PatDempsey. 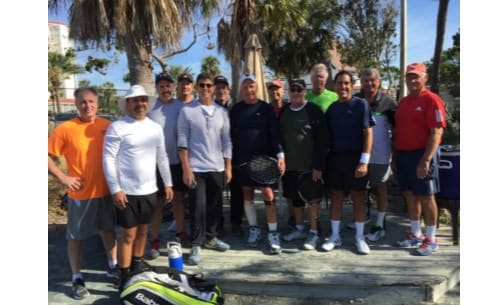 Thanks to the hard work of several very determined players in Ormond Beach, two new teams formed to play in the 55 & Over 4.0 men’s league.

Rick Frizalone, Harry Liedke, and Carl Campbell were instrumental in gathering a very evenly-matched group of gentlemen to play out of two nearby facilities that haven’t fielded USTA League teams in several years.

Rick Frizalone, captain of the Ormond Beach Tennis Club team, was the initial driving force behind the effort. He recently moved here from the Tampa area and found that there wasn’t the USTA League activity he was used to in the Tampa area and decided to do something about it — and he did. He recruited Harry Liedke from the Trails Racquet Club to captain another team and they were off to the races.

I had the pleasure of watching their first match at Ormond Beach Tennis Club and despite all the noise from the motorcycles enjoying the gorgeous weather for Daytona Bike Week, three lines of extremely evenly-matched doubles was played. Every line went to the third-set tiebreak and Ormond Beach squeaked out a 2-1 victory to take the first match of the season.

This is the first league in what promises to be many more to come.