From Never Played to Playing Matches with ‘Love to Learn’ 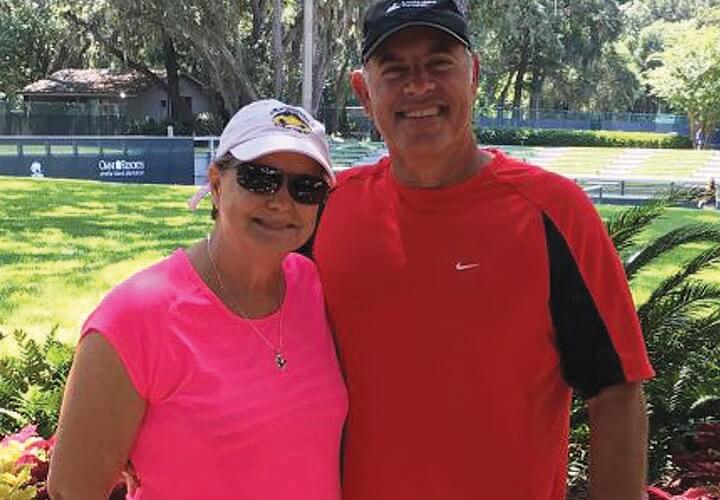 When someone asks you to try something new do you say, “I’d love to,” or are you scared to try?

The ‘Love to Learn’ and ‘Love to Play’ programs do just that. It starts with 6-7 weeks of traditional instruction — one hour each week to learn all the basic strokes from a certified teaching professional. Then the player is connected to their personal mentor that helps them make the transition from practices to matches. Mentors are there to show players all the little nuances that won’t or don’t fit into traditional one-hour clinics.

The pilot for the ‘Love to Learn’ and ‘Love to Play’ programs were completed this summer at the Ft. King Tennis Center in Ocala. Our mentors were Ann Franck and Pat Shankin on Wednesday night, Jeri Conrad and Cathy Baker on Saturday morning, and Peggy and Frank Aiello on Sunday morning. They are all local players that volunteered their time to help enhance the experiences of new players. They were excited about showing their “teams” how to set-up and run practices. They were there to answer questions each week explaining tennis etiquette and demystifying scores, lets, court crossing (haven’t we all had an experienced player yell at us for doing this incorrectly?) and many other rules.

Then it was time to compete.

The mentors helped with USTA website registration (membership not required), setting up accounts, self-rating, score entry, etc., as the two new teams played each other in five matches. Mentors were at every match to help whenever needed. The players had a wonderful time and immediately started building their new tennis community.

The feedback from the pilot was so positive we are expanding. Ft. King Tennis Center (352)-629-8453) in Ocala is hosting it again, and we are bringing the program to Jonesville Tennis Center in Gainesville (jonesvilletennis@gmail.com). Both programs started in mid-September, with intra-club matches starting in October. There are still spots left.

If you ask an experienced player how they got started, most of them tell stories of struggling to find a group and how nervous they were mixing with players as they were learning the ropes. With ‘Love to Play’ we will give you all the tools to be a successful tennis player. Tell your non-playing friends that the next time you ask them to learn this wonderful sport you will expect them to answer with, “Love to!”

For more information about the program or to become a volunteer/mentor e-mail chak@ustaflorida.com.

Mark Martin, the Pied Piper of 2.5 Men’s Tennis in Gainesville 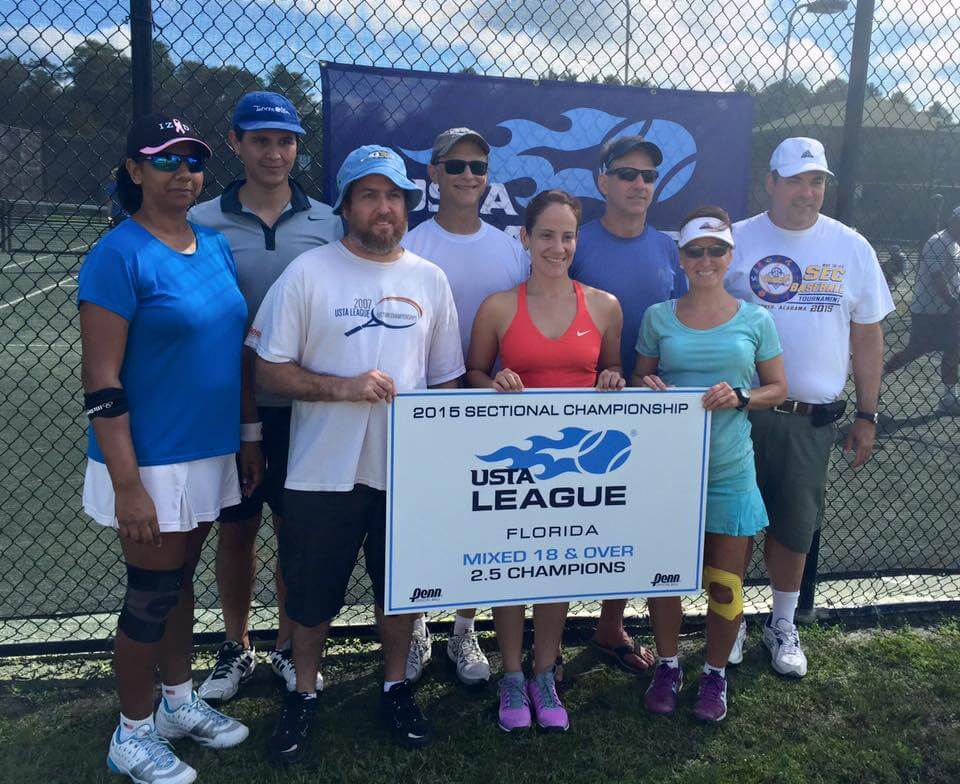 One of Mark Martin’s 2.5 teams

Some people just seem to draw others to them. They are willing to reach out to new people and bring them into their world. In Gainesville, Mark Martin is one of those people.

Mark has been playing tennis since 1986 when he started on the courts in Miami. When he first moved to Gainesville he found it very difficult to get on a tennis team and meet new players. His solution was to find other new players in the area and get them together to create his first team.

By creating play opportunities for ALL new players, no matter their skill level, the word just continued to spread. Now the local captains, coaches and coordinators know that he is ready to include new people in town.  He has a round robin he organizes on Monday nights that is open to everyone, and he will play with anyone looking for a game. Mark’s list of tennis player contacts has continued to grow so he is confident that he can facilitate play for any level if asked.

He has now captained many teams that have made it to USTA Florida League Sectionals and nationals, and his player’s fun stories are a perfect advertisement for newbies to want to join his teams.

The number of 2.5-rated male players across the nation has continued to decline in the last five years, resulting in the loss of a 2.5 men’s nationals, and now a sectionals tournament. I asked Mark how he was able to find so many new guys willing to rate as 2.5 and join a team. He says his most successful method is to have the new player play with the best 3.5 woman that he can find and then tell him they will play together on a 6.0 doubles team…I guess that the pied piper’s flute can come in many different forms.

Thank you Mark for being so inclusive and leading so many onto the court to play tennis.

For more local league info or to find a team go to our Alachua County page.