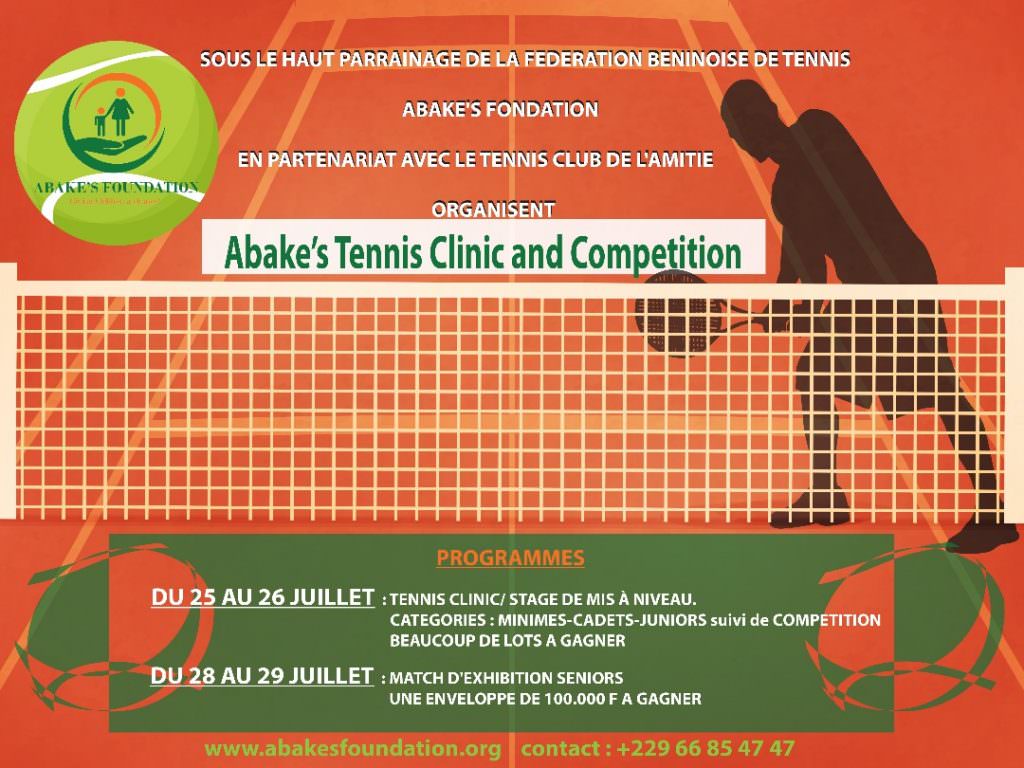 Eighteen months ago, Abake DeRosa decided she wanted to learn to play tennis.

She had watched tennis and always thought that it was a beautiful sport that could be played by all generations. It didn’t take long for her to be hooked. She joined a local league and a USTA 2.5 team and introduced the rest of her family to the sport.

Then a few months ago Abake attended an international junior tennis event and saw young players competing from all over the world with every continent represented…except hers. It made her angry and sad that there were no children from Africa who could be just as talented and would be just as successful if they only had the opportunity. She and her husband Tony have a foundation (Abake’s Foundation) with the mission to “support and encourage community bonding, economic stimulus, nutritional supplementation and the inspiration and support of youth.”

Abake and Tony wanted to see if they could use tennis as another vehicle to accomplish their mission to create opportunity for children in Benin. They soon discovered that they had multiple resources in their own local tennis community.

Chigozie Offor owns Top Seed Tennis & Soccer in Ocala and is originally from Nigeria. He was thrilled with the idea of sponsoring an event and has been extremely generous with racquets and other equipment to be given to the participants. Another great resource is Thiroshan Chetty, director of tennis at Golden Ocala Golf & Equestrian Club. Chetty is originally from South Africa and has not only helped give the DeRosas ideas of how to run a large clinic and competition event, but has also agreed to participate in an inspirational testimonial to be shown to the children participating. His story is a wonderful example of what tennis can do for someone that is willing to work hard and take advantage of opportunities as they are presented. 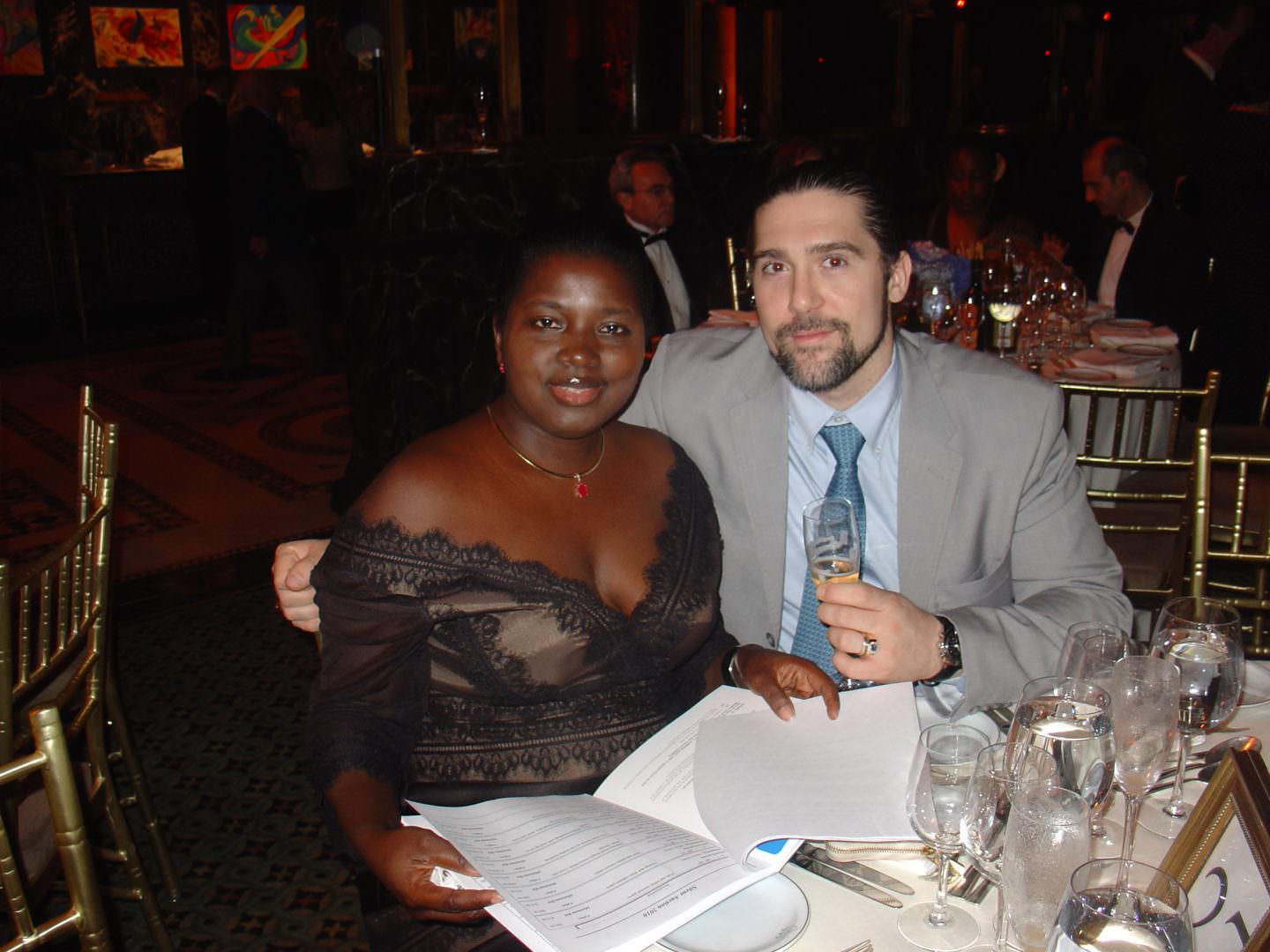 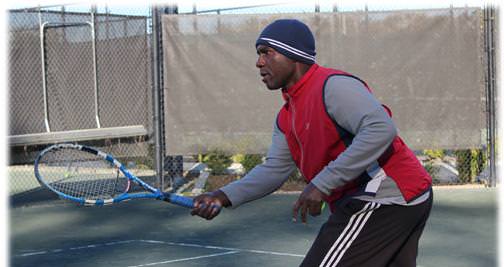 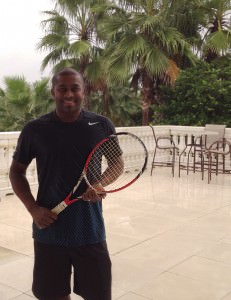 Abake and Tony see tennis as a sport that can help the children of Benin raise themselves up to higher education and more opportunities. After gathering as much information as possible they decided that combining a professional tournament with a free junior clinic would have the most impact in their area. The event will be held at Stade de l’Amitie (Stadium of Friendship) in Cotonou, Benin.

They hope to make this an annual event and to create international sponsorships so that one day there will be more players from Africa participating in junior tennis events around the world. It started with a passion for a new sport and continues with a desire to Play it Forward. 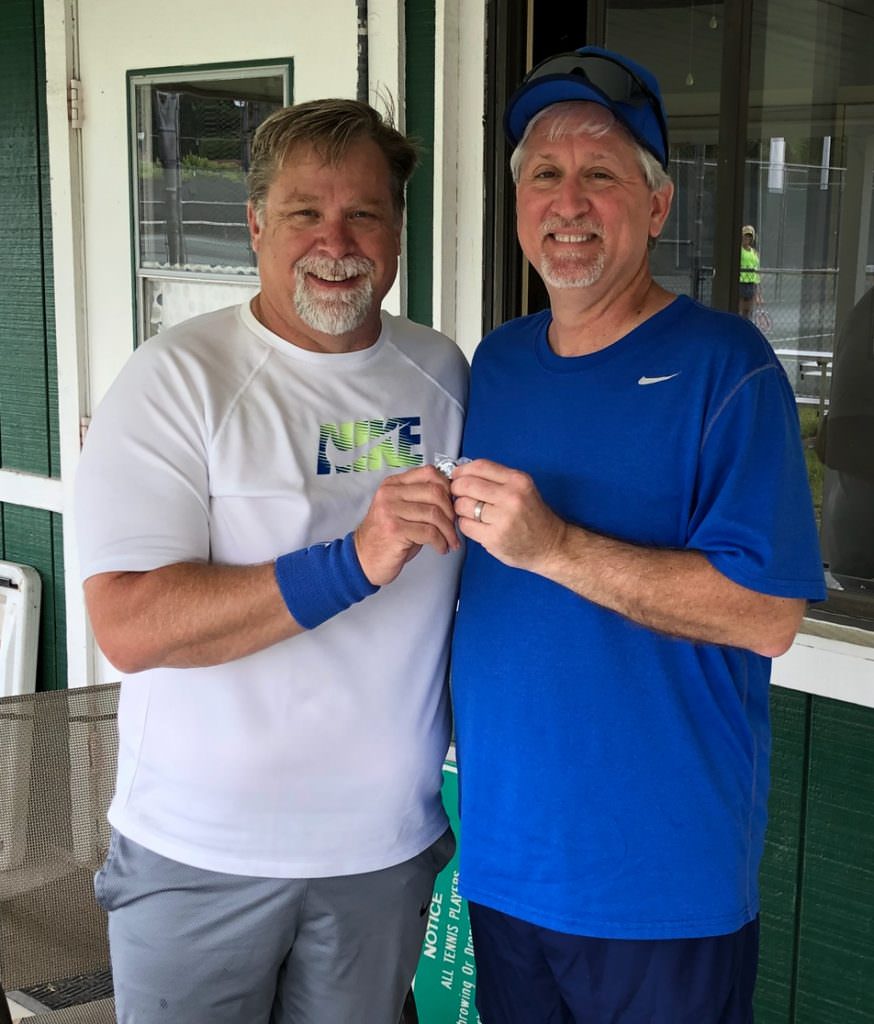 Alachua and Marion counties league captains are on the lookout for examples of player sportsmanship.

For the Captain’s Sportsmanship Competition, every time a captain sees someone from an opposing team do something that exemplifies good sportsmanship, the captain will award a USTA Sportsmanship pin. They take a picture of themselves and the recipient and e-mail or text the picture to the local league coordinator with a brief explanation of why the pin was given.

Captains can award a maximum of five pins for the year and every award/picture gives them an entry into a drawing for a prize worth $200. If you have captained any team during 2018 you are eligible to compete. You can award pins during any season of 2018 even if you are not captaining that particular season.

If you want to participate contact Leigh Chak at chak@ustaflorida.com to get your pins.