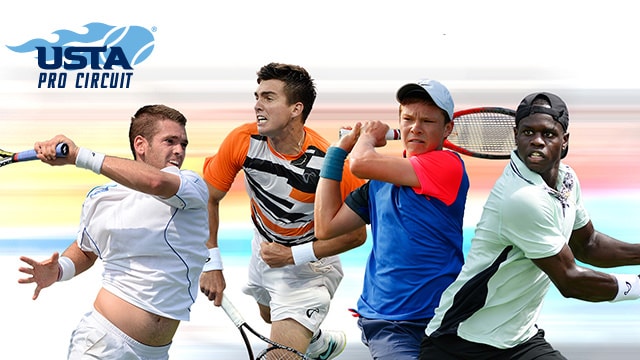 The 2018 USTA Pro Circuit calendar for Florida has been released, and in concert with pro tournaments in Miami and Daytona Beach, Jan.-March of next year will be prime tennis-watching months.

Ten USTA Pro Circuit events in Florida feature tomorrow’s ATP and WTA stars, while you can catch the current men’s stars in February at the Delray Beach Open, and both the men and women in March at the Miami Open.

ABOUT THE USTA PRO CIRCUIT
With approximately 90 tournaments hosted annually throughout the country and prize money ranging from $15,000-$100,000, the USTA Pro Circuit is the pathway to the US Open and tour-level competition for aspiring tennis players and a frequent battleground for established professionals. The USTA launched its Pro Circuit 38 years ago to provide players with the opportunity to gain professional ranking points, and it has since grown to become the largest developmental tennis circuit in the world, offering nearly $3 million in prize money. John Isner, Angelique Kerber, Sam Querrey, Sloane Stephens, Kei Nishikori, Victoria Azarenka and Andy Murray are among today’s top stars who began their careers on the USTA Pro Circuit.

For more info on the USTA Pro Circuit go to www.usta.com/en/home/pro/pro-tennis-events/ProCircuit.html.