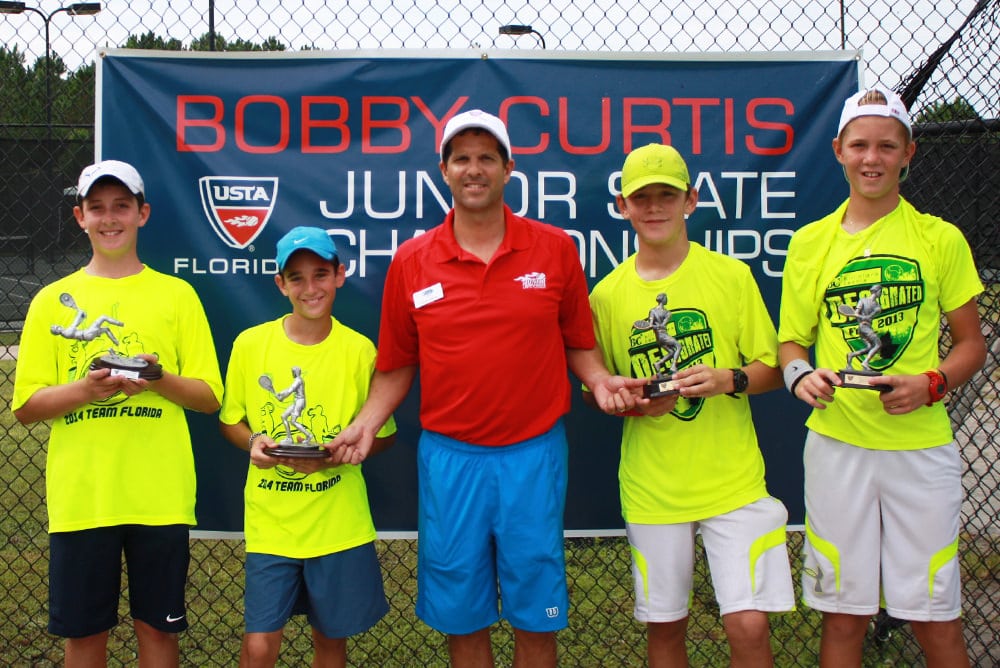 Florida is ripe with the offspring of former ATP and WTA players, and one is making waves this week at the USTA National Boys’ 18 Hard Courts in Kalamazoo, Mich.

Martin Damm, a Bradenton, Fla., resident and 14-year-old son of former US Open winner Martin Damm of the Czech Republic, is into the quarterfinals in Kalamazoo after upsetting the tournament’s No. 2 seed 7-6(4), 3-6, 6-0 on Wednesday.

“I came hoping to get a couple of matches under my belt, since I wasn’t able to do that in ITFs this year so far,” Damm told zootennis.com. “I came here to win a couple matches, and now that I’m in the quarterfinals, have won four matches, I think my confidence is where it has to be and hopefully I can play my best tennis in the next couple of matches.”

Damm usually spends his summers in the Czech Republic but this year decided to stay in the U.S. when the wild card offer appeared.

“I don’t know 80 percent of the guys here,” Damm said. “I know the kids from USTA and some of the kids from Florida, but everyone’s good here, so I have to go out and play my best. I knew some of the top guys, knew I could hang with them on my better days.”

To read the full story at zootennis.com click here.