Younger age division players took center stage during the finals of the 2020 USTA Florida “Bobby Curtis” Junior Section Championships 12s & 14s, where the top 3 seeds captured 3 out of the 4 divisions up for grabs. The event was contested Oct. 10-12, 2020, at the Delray Beach Tennis Center in Delray Beach, Fla.

In 90-degree heat and high humidity, top-seeded Daniel Patsula (Miramar) dominated the boys’ 12s division, breezing through the quarter and semifinals with victories over the No. 7 and No. 4 seeds. In the final, Patsula outlasted No. 3 seed Jack Lindstrom (Satellite Beach) 7-6, 6-2. Patsula was barely tested throughout the tournament, winning three 6-0 sets through five rounds.

The 5th grader is ranked No. 3 nationally and No. 1 in Florida and the Southeast on TennisRecruiting.net’s recruiting rankings. In 2019, Patsula reached the second round in the “Bobby Curtis” singles championships before falling to eventual champion Yubel Ubri. He followed that appearance with a fantastic showing in the 2019 USTA Florida “Bobby Curtis” Green Ball Sectional Championships, where he powered through five rounds to the boys’ final and overwhelmed No. 2-seeded Andrea Elias Mato Bisarini to claim the championship title.

The girls’ 12s final saw No. 5 seed Zaire Clarke (Greenacres) take down No. 6 seed Adla Lopez (Boynton Beach) 6-2, 7-6. Clarke is a first-time winner of a “Bobby Curtis” title, and it was her first-ever entry into the event.

The boys’ side of the 14s saw an upset in the final when No. 3-seeded Jacob Olar (Sarasota) topped No. 1 seed Calvin Baierl (Naples) 7-6, 6-2. It was a first Florida state title for Olar, who most recently captured wins in the boys’ 14 division at the USTA Florida Level 4 Summer Smash Championships in Delray Beach, the Celsius Spring Classic Level 7 in Sarasota, and in the NGTA Level 6 at Longwood Athletic Club.

Top-seeded Akasha Urhobo (Fort Lauderdale) defended her seeding in the girls’ 14s to claim her first “Bobby Curtis” title, with a steamroll 6-0, 6-1 win over No. 4 seed Katerina Shabashkevich (Boca Raton). Urhobo cruised through the early rounds, including defeating No. 7 seed and the 2019 girls’ 12s champion Alex Ackman (Winter Garden) in the quarterfinals. According to TennisRecruiting.com’s recruiting rankings, the 8th grader is ranked No. 1 in both Florida and the Southeast and No. 2 nationally. 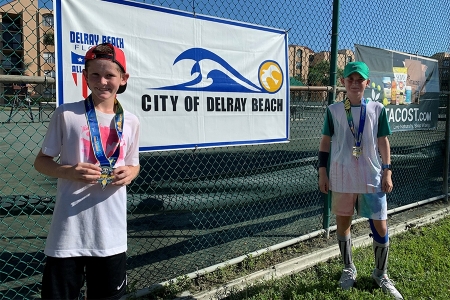 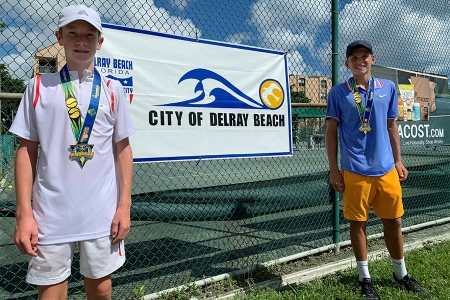 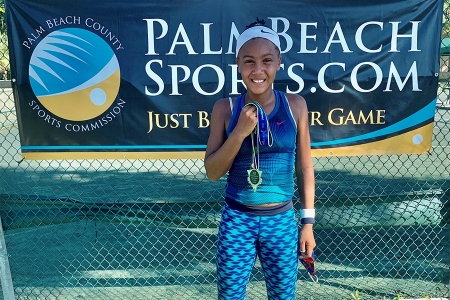 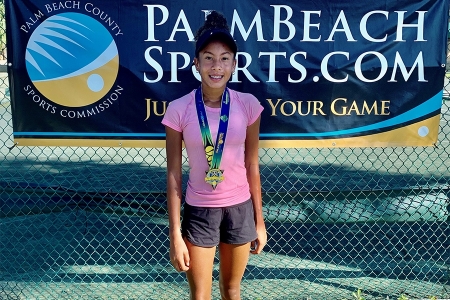 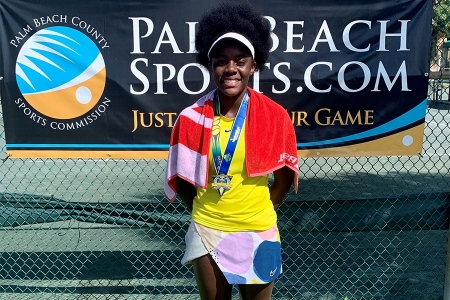 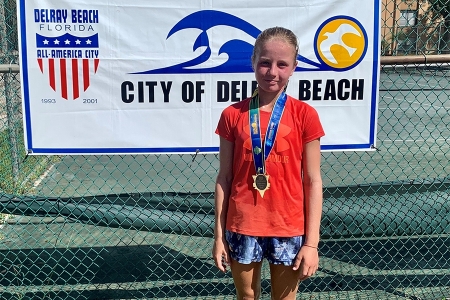