Her passion for the sport came from those she loves most, her family, and they’ve pushed her to be great. During her last stint at the FHSAA State Championship, Mang gave us an in-depth look at her tennis journey.

“I’ve been playing tennis since I was around 10,” Mang said. “At first it was just a way to get active and I would play with my brothers, sisters and my dad, and then it started getting more competitive. Now I’m here in high school.”

Before she reached high school, Mang was really involved in USTA Junior Tennis. These, on top of playing for her Middle School Tennis team, helped shape her into the player she is today.

Someone outside of her family who has impacted her drastically is Berkeley Prep head coach, Jacquelyn Rosen. “I’ve known her since I was like six and she’s really introduced me to tennis and really made me fall in love with the sport.” 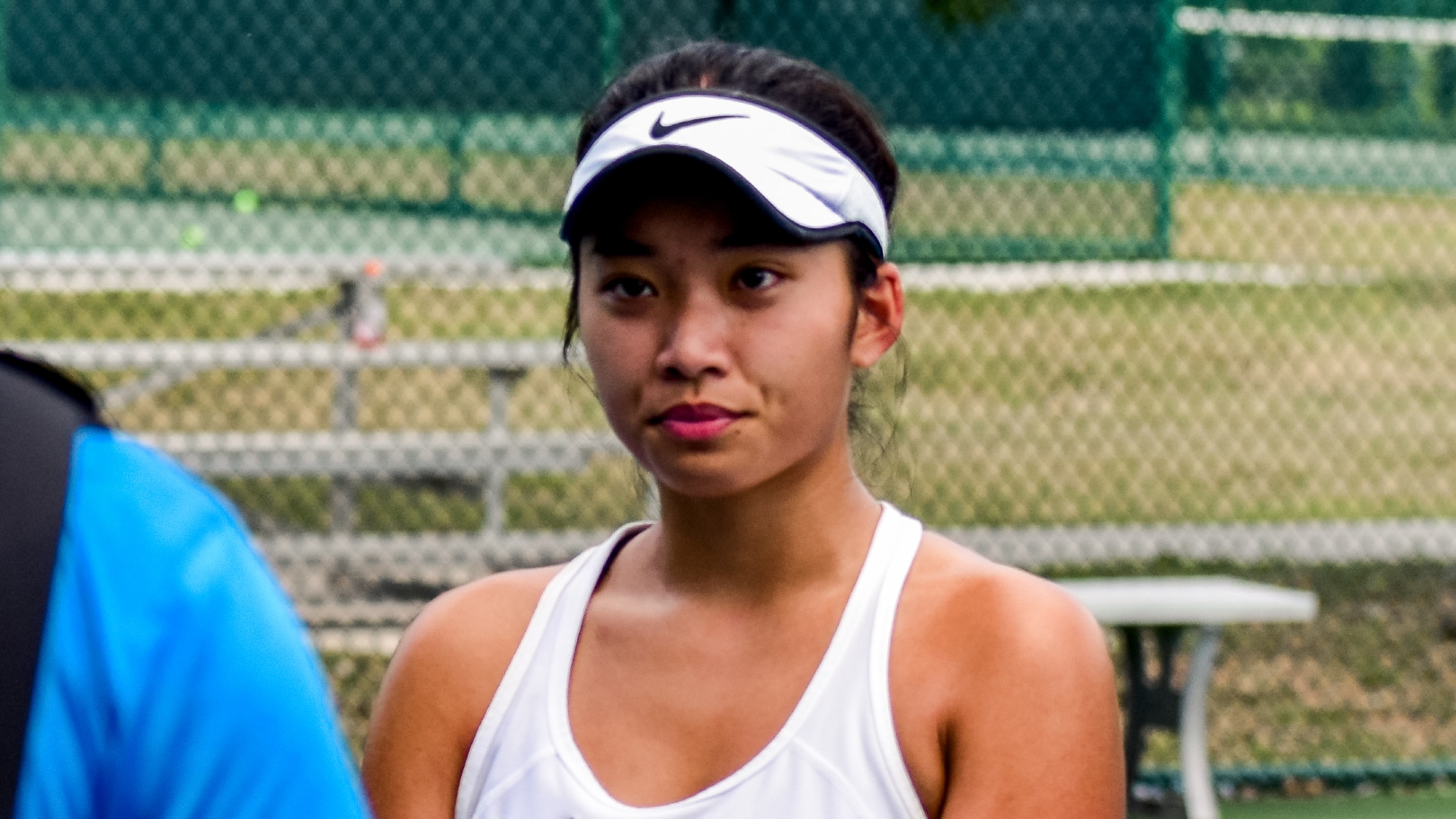 Kayla Mang has learned a lot from coach Jacquelyn Rosen.

Not only has Coach Rosen helped fuel her passion for tennis, but she has also taught Mang some important lessons to take both on and off the court.

“Off the court, [she taught me to] never give up, keep on going, and persevere through it. Then on the court, just stay active, move your feet and never give up and fight for every point,” Mang explained.

She also learned that through her idol, Serena Williams. “She never gives up, and even though she’s had a lot of challenges, she just fights back and ends up at the top,” Mang recalled.

These aspects are a huge part of Mang’s game. No matter what the scoreboard reads, the match is never over, and she continues to fight for her team until the very last point,

While tennis may commonly be known as an individual sport, Mang loves Doubles and the team aspect of the game. When playing Doubles, “you get to communicate with your partner, and you get to know the other person better and it’s like a lifelong friend you always have,” Mang explained.

Mang was able to help Berkeley Prep reach the finals in the FHSAA State Championship during her final rodeo with the team. In Doubles, Mang and her partner, Harper High, won two of their three matches played together in the event.

Even though her high school career is coming to an end, Mang still has plans to remain active in the sport. “I already coach and volunteer, so I’ll probably just end up still doing that and probably continue playing club tennis at my university.”