When it comes to sports, many say you need to have a passion if you wish to become elite, and St. Andrew’s Senior, Andres Fente, has soaked in every ounce of that.

He began playing tennis at the age of seven, and while he was competing at the FHSAA State Championship, we had the opportunity to get to know Fente and how he perfects his craft.

His journey began a little differently than most. “One day I was in the park, and I saw a couple of kids playing tennis. It was just a big concrete slab, and they had like a movable net.” Fente recalled. 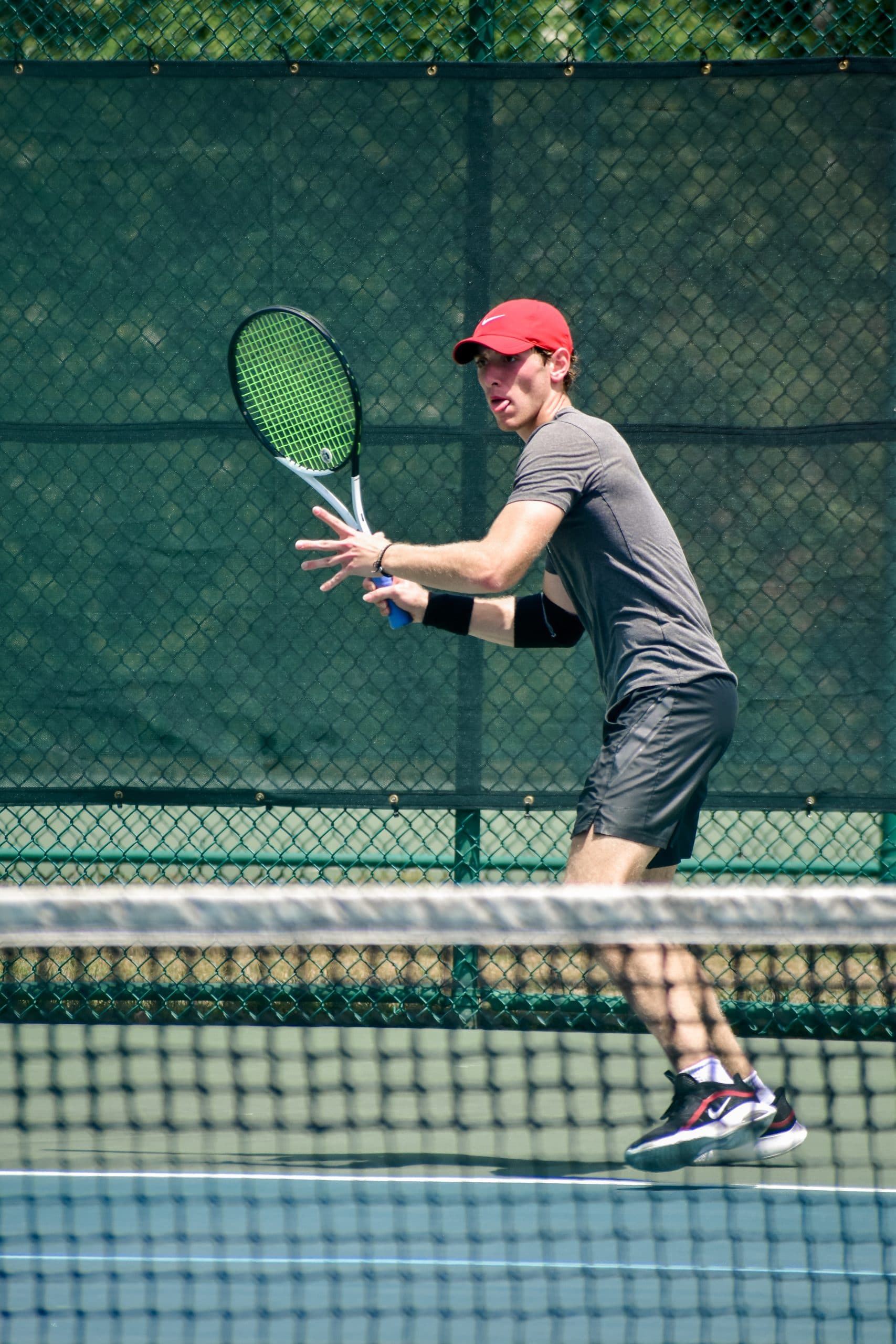 Andres Fente during his semifinals match at the FHSAA State Championship.

This triggered his curiosity, so he asked them where they played tennis. Ever since then, the now St. Andrew’s star has been involved in the sport.

As usual, he began with no experience, but thanks to a handful of coaches, he has found his stride. Obviously, Fente couldn’t leave his current coaches, Reid Rafter and Beth Gordon, off his list, but he also has two other major influences.

He has worked with Fernando Martinez for “a few years now,” and coach Jose, who he trains with back in his home country of Spain. All these people have taught him his biggest lesson, “push myself and also not give up. Whether you’re up or down, you have to keep pushing,” Fente said. “This ‘never give up mentality’ is something that I’ve learned through tennis.”

Fente has taken that motto of never giving up and led by example for his teammates. “Team means that no matter what you bring each other up.” Even if the match looks grim, Fente makes sure that no one is losing hope and they fight until the end. And he’s been a prime leader in that category for St. Andrew’s. 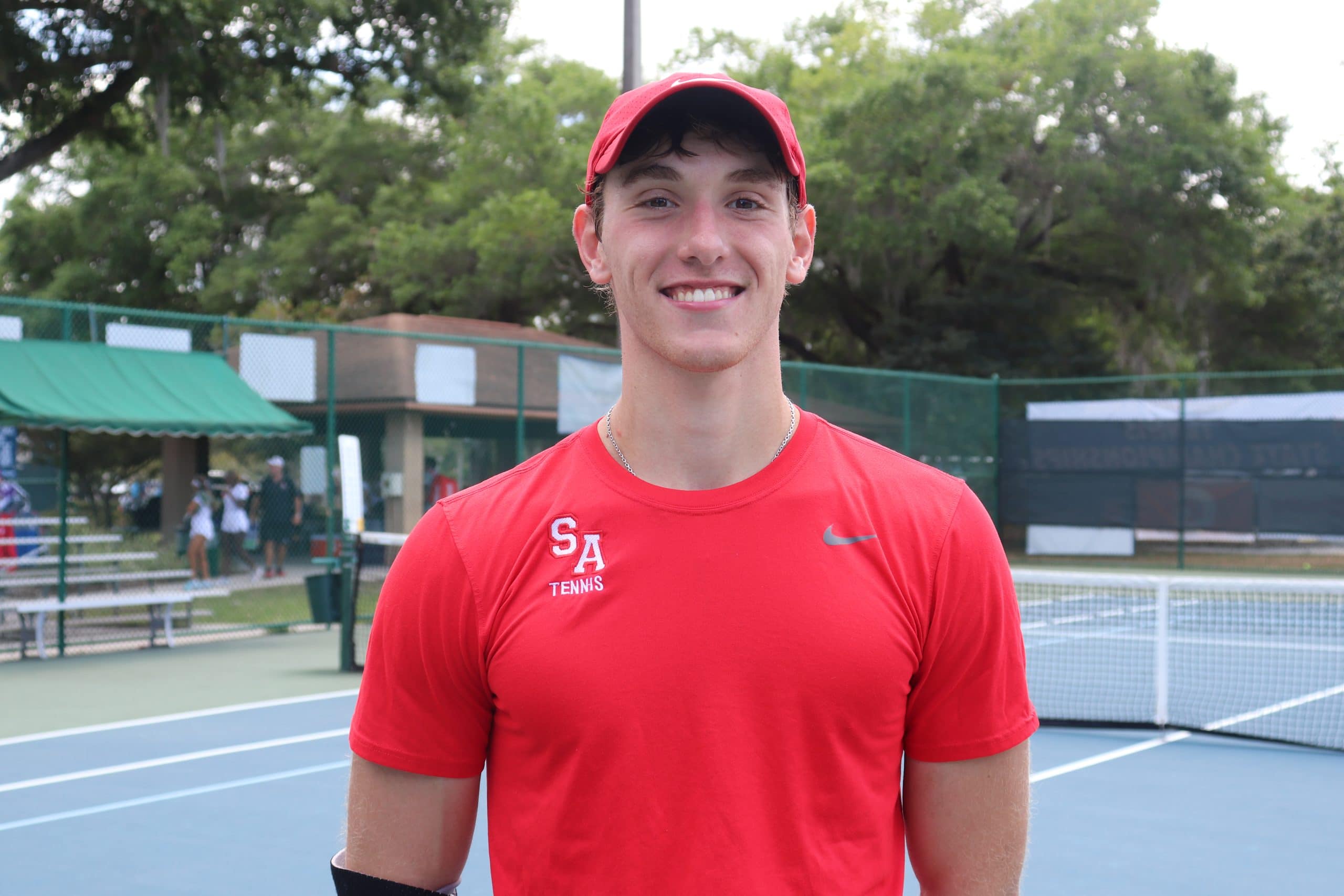 Fast forward to 2022 and Fente has helped secure St. Andrew’s its third straight FHSAA Championship. Meaning that during his high school career, Fente won the championship every year. Covid ended his season back in 2020 so he was unable to complete the four-for-four.

However, this isn’t the end of the road for the three-time champ. He is set to continue his education and tennis career at Swarthmore College in Philadelphia.

When looking back on everything he’s achieved so far, he said his favorite memory came recently. “Last year [2021] I clinched it for the boys, and everyone came running on the court. That was a really great experience,” Fente explained.

As he continues his tennis journey, Fente plans to keep his foot on the gas, just like his idol, Rafael Nadal. “The mentality that he has out there, I try to mimic for sure. I love that idea of pushing himself. He’s always out there grinding, no matter what, until the very last point.”