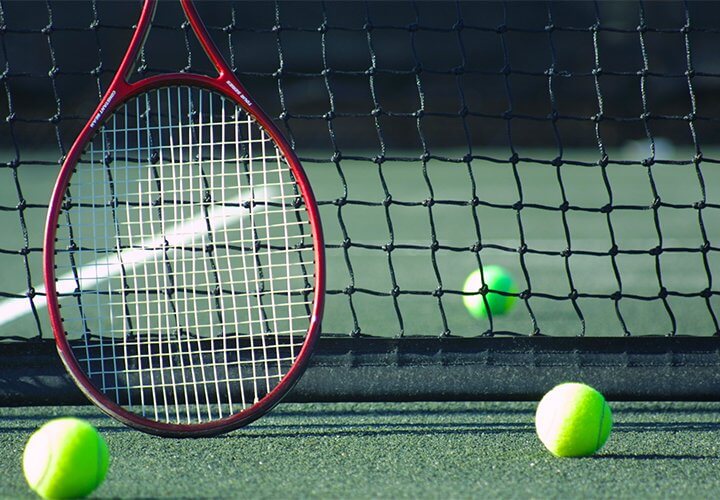 One-On-One Doubles is the crosscourt serve-and-volley Singles game including the alley. Players are required to serve and volley on both serves or there is a loss of point. Half volleys are permitted. Players are awarded a two-point bonus for winning volleys and overheads, hit out of the air, the opponent cannot touch. Three no-ad sets will be played, round robin style, to determine who plays in the Championship and Third place matches.

At 3pm, the One-On-One Doubles afterparty concert will be performed by TBONE HAMILTON & THE BLUES ALL-STARS, one of the state’s top rocking blues bands. We will have bleachers and seating available and play some good tunes during to liven the place up!

This is a FREE ADMISSION EVENT with food and drink available for purchase.

The professional players competing are:

MCCLAIN KESSLER – 2018 NCAA DOUBLES ALL-AMERICAN from the University of Florida. Currently playing professionally on the ITF & ATP tour. MCCLAIN helped his UF teams to three top 10 national finishes and a Final Four in 2019.

MICHAEL REDLICKI – 2016 ITA NATIONAL INDOOR SINGLES CHAMPION while at University of Arkansas; Has ATP tour wins over top 60 ATP players including Tommy Paul, Jamie Duckworth and Tennys Sandgren; REDLICKI was ranked as high as #350 on ATP Tour in 2019. REDLICKI, and his partner, won the first round of the 2012 US OPEN DOUBLES tournament.

RYLER DEHEART – Was ranked as high as #120 on the ATP Tour in 2010; RYLER won his first round Singles match at the US OPEN, in 2008, defeating a top 60 ATP Singles player before losing to RAFAEL NADAL on center court; RYLER helped his University of Illinois team win an NCAA Team National Championship.

DIEGO AYALA – Was ranked as high as #100 on the ATP DOUBLES TOUR in 2003; Diego has registered Pro Event wins against top 20 ATP players STAN WAWRINKA & MARCOS BAGHDATIS, as well as a Juniors win against ROGER FEDERER at the 1997 COFFEE BOWL.

“This is the third time hosting a One-On-One Doubles tournament event in Winter Haven. We are excited to bring such a high caliber of ATP level players to the Country Club of Winter Haven. The area tennis fans and our sponsors will surely be treated to superb serve-and-volley tennis rarely seen on television or anywhere,” stated John Haggar, Tennis Director.