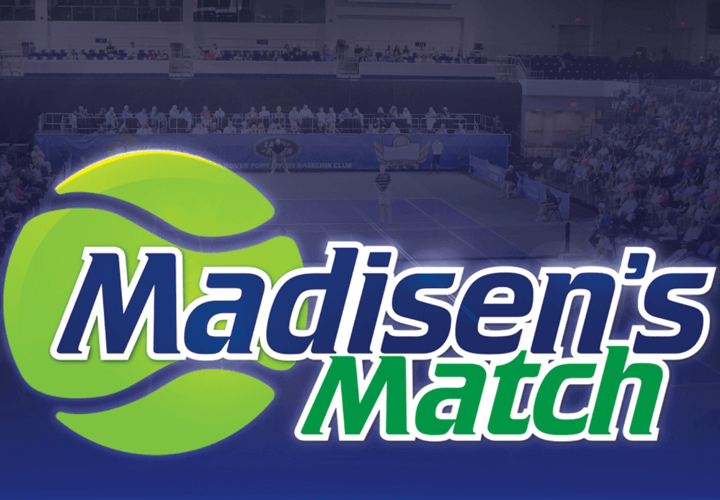 Southwest Florida’s premiere tennis event is back and better than ever!  The greatest doubles team of all time the Bryan Brothers make a stop in Fort Myers on their farewell tour, as they are joined by fellow American stars, and US Davis Cup Team Members Reilly Opelka and Taylor Fritz.

Both Reilly and Taylor rose rapidly up in the rankings on the ATP tour in 2019, so this promises to be an exciting evening of tennis at the SUNCOAST CREDIT UNION ARENA on Monday March 23.

Madisen’s Match was started by Duane Chaney in 2009 after the diagnosis of an inoperable brain tumor in Duane’s three year old niece Madisen. Having seen firsthand how devastating a tumor
diagnosis can be on a family, Duane set out to use the game of tennis to raise money for pediatric and adult cancer charities.

In what started as a small tennis event that raised slightly over $4,000 in its first year, Madisen’s Match has grown and evolved into one of the premier charity tennis events in the country. The 11th Anniversary event brought together some of the biggest names in pro tennis to raise over $300,000 in total proceeds.

Over the course of its 11 year history, Madisen’s Match has raised nearly $1,250,000 to benefit the pediatric and adult cancer treatment programs of the Lee Health System.