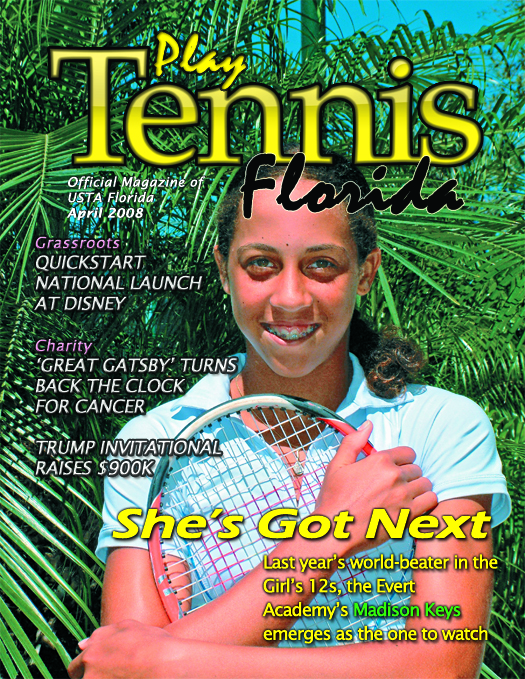 In February the USTA annually celebrates Black History Month across its 17 Sections — this year coinciding with the late-January breakout of Madison Keys, who reached the semifinals at the Australian Open before losing to fellow American and eventual champion Serena Williams.

Serena and Venus are long-time Florida residents. Keys, originally from Illinois, has lived and trained in Florida for the past 10 years, making the Sunshine State a fertile ground for U.S. women’s tennis. Weeks ago when Keys and the Williams sisters were named to the U.S. Fed Cup team that would face Argentina, along with rising American Taylor Townsend it marked the first time in U.S. history that a U.S Fed Cup team was comprised of all black players.

Keys for her part says she does not think about race as a major issue, like many from her generation compared to those who have lived through more turbulent times. The offspring of a white mother and black father, she touched on the subject during the Australian Open, speaking to the New York Times.

“It’s something that’s always there obviously, but I’m very much right in the middle,” she said responding to a question of the significance in being a young African-American facing the Williams sisters at the Australian Open. “I don’t really think of it. I don’t really identify myself as white or African-American. I’m just me. I’m Madison.”

One thing remains certain — the 19-year-old with the huge serve and forehand has risen to become U.S. women’s tennis’ next bet behind Serena and Venus Williams, who could one or both retire following the 2016 Rio Olympics.

Like Serena and Venus, Keys looks to have the on-court explosiveness and off-court personality to attract irregular tennis viewers to the game.

“I don’t know a ton about tennis, but when you see [Serena] who has won 18 major championships get spun around and look totally inept because the smiling kid on the other side of the net handcuffed her with a 120-mph rocket, you don’t have to be an expert to know you’re watching something special,” wrote Don Doxsie of the Quad City Times in Illinois, where Keys relocated to Florida from.

Here are a few facts about Madison Keys and her entry into the Florida junior tennis scene in her early years:

1) SHE WAS A “RAW TALENT”…TO PUT IT POLITELY
Keys relocated from Illinois to the Evert Academy in Boca Raton at age 9 to concentrate on tennis. Coach John Evert described her then as a “raw talent.” He told the USTA Florida magazine years back, “She definitely needed to be cleaned up with her strokes. She had extreme grips, and she really needed to work on her footwork. She had no idea what her game style was in terms of how she was going to be successful.”

2) GAME STYLE: ‘NO TIME TO RALLY’
Keys on the contrary said she knew her game style at age 9. “I didn’t like long points that much, so I would just run into the net and try and volley,” she told USTA Florida magazine in 2008 at age 13. “I’m not the person who wants to stay on the baseline and rally crosscourt for 50 balls. You get into the net and put it away.”

3) PLANNING FOR AFTER TENNIS
She was a straight-A athlete in her schooling and a member of the honor roll while at Evert Academy. “I’m really focused on having the schooling to be able to do something after playing tennis,” she said at age 14. “I think I want to be a chef.” 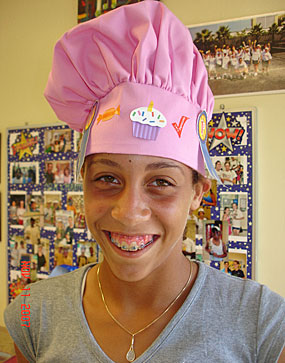 4) THE CUPCAKE QUEEN
One of her favorite hobbies is baking. At the 2007 USTA Florida Girls’ 14 Fall Designated tournament she took home the singles trophy, but perhaps more important, she won the tournament cupcake baking contest with her “Halloween Leftovers” entry. Her prize? A pink chef’s hat and a baking kit.

5) ZERO TO 60 AS A 12 YEAR OLD
The gangly pre-teen was not on a lot of “future stars” lists in 2007 before she hit a growth spurt and broke out to win both the prestigious Eddie Herr and Orange Bowl 12s titles back to back in December of that year. The next year she embarked on her first ITF international events, qualifying then reaching the semifinals in Costa Rica, then winning an event in the Bahamas to begin her ascent up the international rankings.

6) CAN I GET A REFEREE PLEASE?
She was not a fan of the cutthroat competitiveness of junior tennis prior to turning pro. “My grandma used to say, ‘Tennis is not such a nice sport,'” she told USTA Florida magazine. “And I’d say, ‘No, it’s not.’ There are girls that will do anything to win. They’ll screw the score up…they’ll make [ball] marks on clay with their feet, then circle the mark. They’ll switch the score, they’ll do anything.”

7) THIS LOOKS LIKE THE FUTURE
Evert Academy coaches saw the future at age 13. “I think physically she is going to be big and strong, and she does have a live arm in terms of having a big serve and forehand,” John Evert told USTA Florida magazine in 2008. “It will contribute to her having an attacking style.”

8) GETTING PAID TO PLAY TENNIS IS PRETTY OK
On a cold night in Ponte Vedra Beach, Fla., in 2009, a 14-year-old Keys won the first WTA-level match she played, defeating Russian Alla Kudryavtseva 7-5, 6-4 at the now-defunct MPS Group Championships (formerly the Bausch & Lomb Championships at Amelia Island). Watching the gangly teen facing grown women (she would lose respectively in the second round to veteran Russian Nadia Petrova), crushing balls from the baseline on clay, then sneaking in to end points at the net, was a sight to behold. She became the youngest player to win a WTA main draw match since Martina Hingis 15 years earlier. “It was kind of the first tournament where I had prize money,” she said. “I was like, ‘I got paid to play tennis, this is awesome.’ So I was pretty excited about that.”