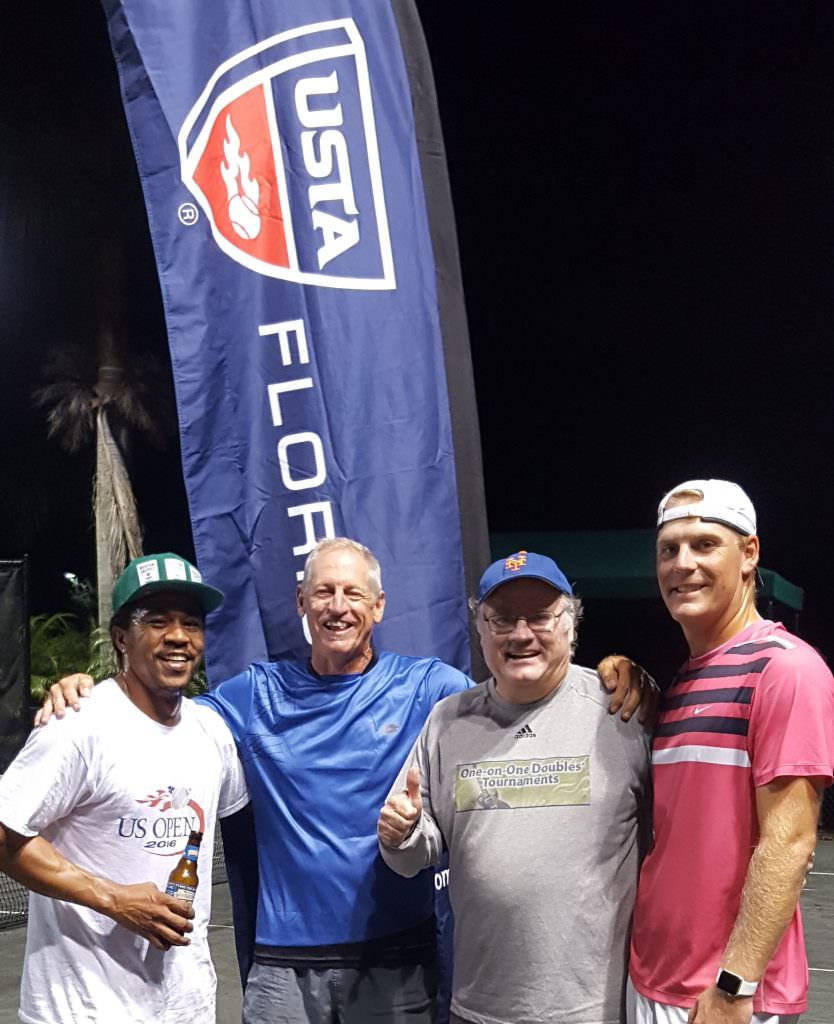 “Norton, who is currently the head tennis professional at Boca West, displayed a 130 m.p.h. serve that was consistently well placed and most of the time unreturnable until he met Williams in the finals,” said organizer Ed Krass.

“I would like to thank Valencia Reserve, their enthusiastic members who came out to support the event, and their tennis director, Keith Dunlop for hosting the event,” Krass added. “I also want to thank Christine Murphy Foltz for supplying the nice stereo system to play the rockin’ blues throughout the tourney.”