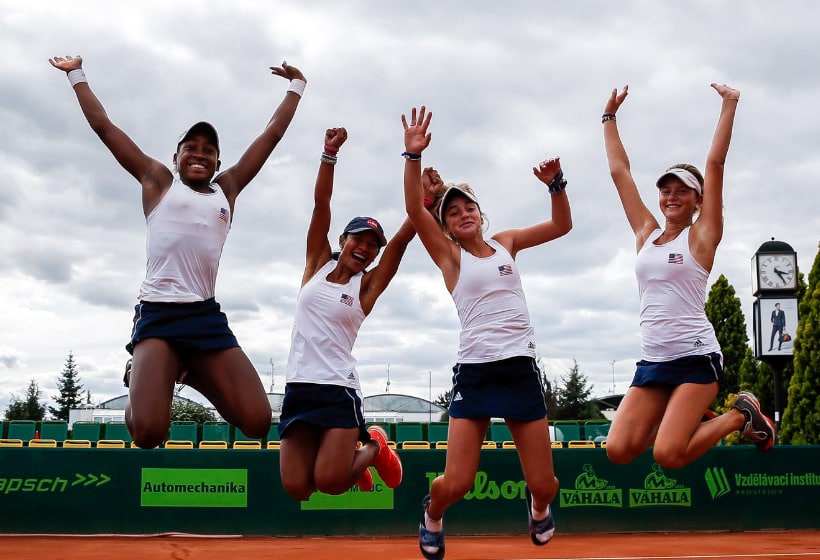 While CoCo Vandeweghe is climbing up the WTA tour rankings, another CoCo is making her mark on the world junior stage.

The U.S. team of Gauff, Gabriella Price (14, Boca Raton, Fla.) and Charlotte Owensby (14, Boca Raton, Fla.) went undefeated in six matches, with Gauff going 6-0 in singles. In the second consecutive championship match between the U.S. and Ukraine, Gauff and Owensby clinched victory with a 6-2, 6-4, doubles win after Price fell to Lyubov Kostenko 6-3, 6-3, and Gauff defeated Dasha Lopatetskaya 6-4, 6-0, in singles.

Each three-player boys’ and girls’ team competed with 15 other nations from around the world, first in round-robin matches, then in a knockout bracket. In round robin play the U.S. girls defeated China 2-1, Venezuela 2-1 and France 2-1. In the quarterfinals they defeated Australia 2-0, and in the semifinals they beat Russia 2-1.