The 7.0 champions from DeLand 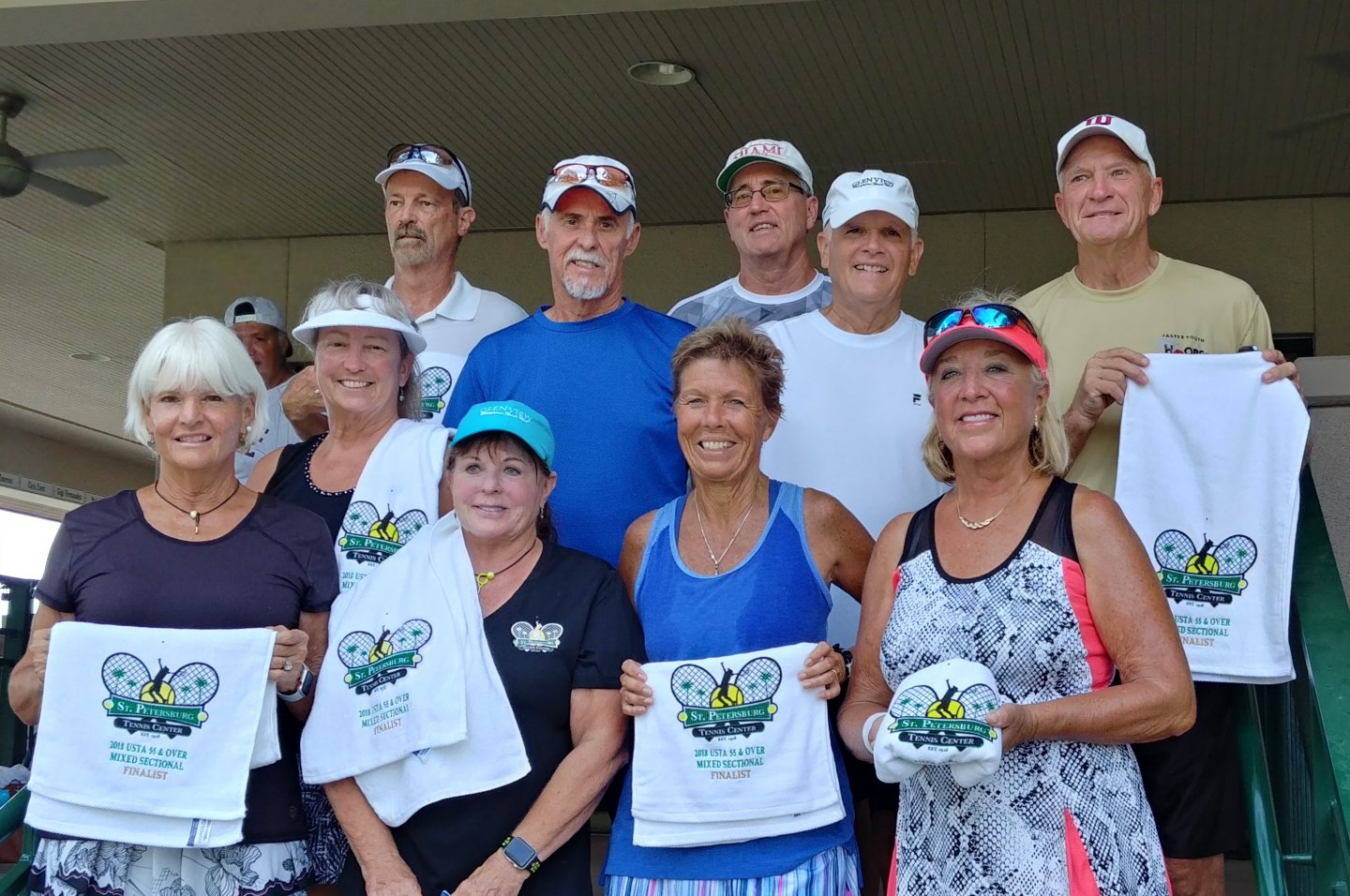 The 7.0 finalists from Marion County

The Volusia County/Deland team won the 55 & Over 7.0 division, finishing with a 5-0 win-loss round robin record ahead of second-place Marion County (Glenview Tennis Center, The Villages) with a 4-1 record.

“This year was no different from last, as the final match was the deciding match for the 7.0  division,” said the Volusia 7.0 winning captain Roseberry, who saw his county win the division for the second year running. “With the same core players from last year and adding one new partnership, I knew it would be a huge challenge to repeat. Monday morning’s final match came down to the two 4-0 teams battling it out for the championship. Each mixed partnership coming through with a huge win during the tournament when most needed. We look forward to the opportunity to make it next year to try to defend once again.”

The 8.0 champions from Pinellas 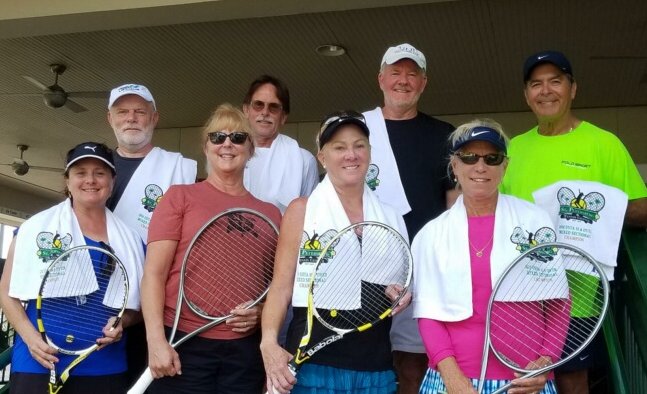 The 8.0 runner-up team from Clay County

The Pinellas County/St. Pete Tennis Center team won the 8.0 division title with a 4-1 win-loss record, edging Clay County/Eagle Harbor, which also had a 4-1 win-loss, but Pinellas won the tiebreaker with 12 individual matches won to 10 for Clay.

For additional info go to www.stpetetenniscenter.com.