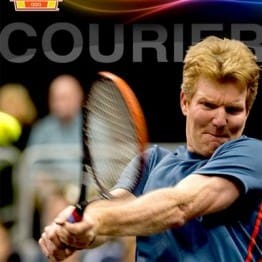 Former world No. 1 and current U.S. Davis Cup captain Jim Courier will be the featured speaker at this year’s Current/ Sherman Group of Merrill Lynch Champions for Children Gala on Oct. 19, 2017 at the Florida Blue Conference Center in Jacksonville, Fla.

The gala is the largest fundraiser for the MaliVai Washington Youth Foundation, an official USTA Florida Community Tennis Association and NJTL (National Junior Tennis & Learning network) based in Jacksonville, Fla., and has annually raised approximately $250,000.

During a 13-year ATP career spanning 1988-2000, Courier won four Grand Slam singles crowns, 23 ATP singles titles, and was a member of two championship United States Davis Cup teams. He was inducted into the International Tennis Hall of Fame in July 2005.

He remains active in the tennis as an avid competitor on the PowerShares Series circuit and as an analyst on the broadcasts of the four majors for various networks including Tennis Channel, Channel 7 (Australia), ITV and the BBC. He co-founded Courier’s Kids, which supports after-school tennis programs in South Florida, and has held the U.S. Davis Cup captain position since 2011. He is a co-founder of InsideOut Sports & Entertainment.

The gala evening will include a cocktail reception, silent and live auctions, dinner, scholarship award presentations to MWYF students, remarks by Courier and more.

Gala tickets will be available at www.malwashington.com beginning June 1 and are expected to sell out. For early bird tickets and sponsorship information call (904) 359-5437.