Travis Tressler joined Play Tennis Gainesville as a tennis instructor in October of 2019. A USTA junior competitive player since the age of 7 who entered the top 100 in the Midwest boy’s 18s, Tressler was born and raised in Champaign, Ill., where his love of the game was heavily influenced by his family. He landed his first tennis coaching job at the age of 16 in his hometown, helped lead several youth teams to Illinois High School Association sectional title matches and finishes, served as team manager for the University of Alabama’s D1 men’s tennis team and was a tennis instructor at a facility in Illinois before joining USTA Florida. 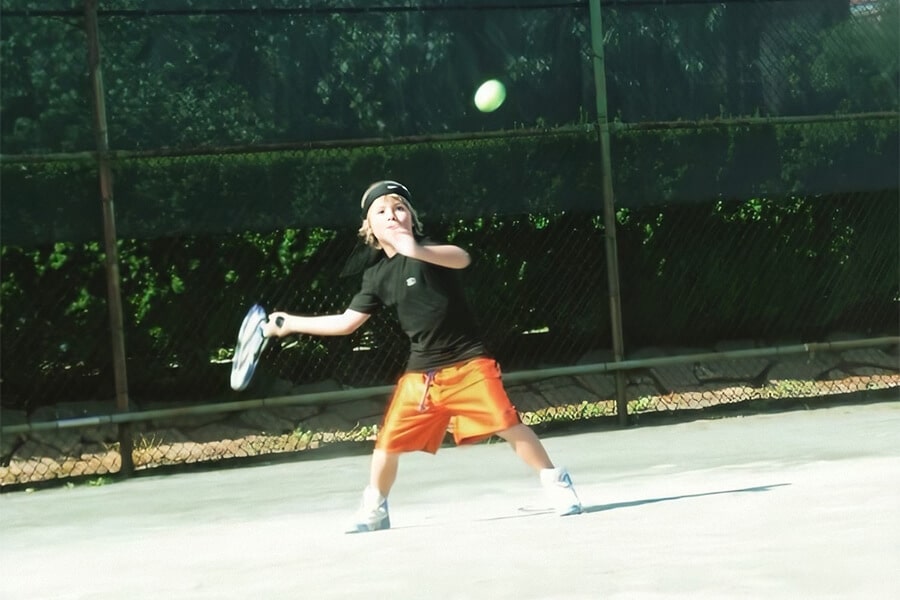 When I was younger, I didn’t take the mental part of tennis as seriously as I probably should have. Tennis is a super mental game and I’m a very competitive person even to this day. That competitiveness led me to succeed and get better at the sport, but I also think it hurt me more times than not. As I got older, I started to take it more seriously, but I don’t think I took it seriously early enough and that really prevented me from becoming the best player I could have been.

When we’re practicing, it’s super important that we practice with a purpose. As I mentioned, I was super competitive and that led me to get very frustrated. I spent a lot of hours on the court but I don’t think I always practiced with a purpose. So if I were to go back, I would give myself a goal and really try to be more positive when I practice to get the most out of my time on the court.

When I playing matches, every single match to me was a life or death situation. When I was playing in tournaments I would just get so worked up. If I won a match I was on top of the world. If I lost a match it was the end of the world. I really would have a different perspective if I could go back and change it. I also hated losing so much when I played a match when I was younger, that it made me afraid to lose instead of going into a match and thinking what I can do to win. As I got older that got better, but really being afraid to lose and hating to lose so much prevented me from performing to my best when I was out there.

My advice for kids would be to practice with a purpose every single time you’re out on the court. My dad always used to tell me, and I tell my students this now, that there are two things you can control on the tennis court: one is your effort and two is your attitude. If you go out there, give 110% whether its practice or a match and try to have a positive attitude when you’re out there. That will help you improve in the best way possible.

The best advice I can give is to enjoy the journey. I didn’t always enjoy being out at tournaments, practicing and putting in those hours because I hated losing so much. Looking back on it now, those are some of the best memories of my childhood; making new friends, I still talk to guys I practiced with to this day; those tournaments I’d go to with my parents, traveling in the car and staying in hotels… that’s what it is all about. Really try to enjoy the journey when you’re playing tennis.