Lori Burdell joined USTA Florida’s Tennis Management Division in January 2020 as the new Training and Quality Assurance Manager. The Pittsburgh, Pa. native is a seasoned tennis instructor and a United States Professional Tennis Association (USPTA) professional with more than 15 years of tennis teaching experience. Burdell’s background includes competing for West Virginia University in the 1980s (and being the university’s first female to receive a full tennis scholarship), serving as a tennis instructor at Walt Disney World’s Contemporary Racquet Club for eight years, coaching the University of Central Florida’s men’s and women’s teams and teaching at clubs in Pinellas and Hillsborough counties.

When I was younger, I wish I would have known what to do with all the shots I was taught. I was taught how to hit every shot known to man: drop shots, angles, forehands, cross-court angles, backhands, top spins, lobs… but I didn’t know what to do with all of that in a play and strategy type situation. When you’re taught a ton of different shots, you can get a little confused as a younger person of what to do with all that. You have a lot of weapons but they’re not worth anything if you don’t know how to use them. As your younger self, I would ask your coach “when would I use this shot?” and “how can I put points together against my opponents and breakdown their strategy?” Just focus on your court strategy and be aware of your opponent’s strengths and weaknesses. I think that’ll help you become a better tennis player, quicker. 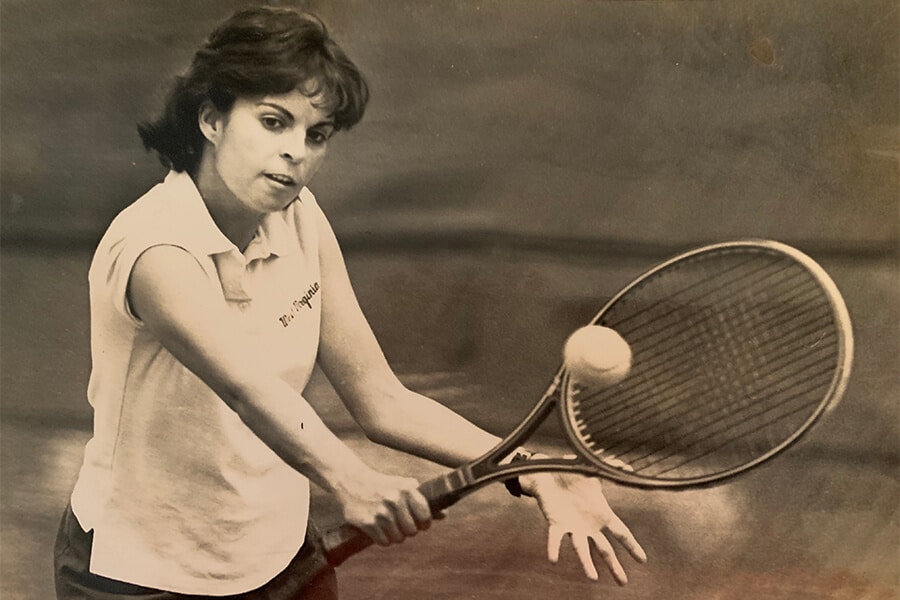 I would practice with different types of players, just to mix-up the type of people that you play with. Get used to playing a variety of different players so you’re not just practicing with the same person over and over again. I’d play a lot of points, accumulative points such as who can get to ten first. Or you could do serve and return – not so much a match yet, especially if you have an anxiety of playing matches, so just focus on a lot of points because it takes the pressure off and you’re able to just practice on each point when you play. Work on the different kinds of tiebreakers just to give yourself a variety so you’re used to them. Practice patterns of different shots when you can.

If you’re going to be playing someone and you’re familiar with their game, try to find someone who has a similar game and practice against them before a match to get some similar type shots. You don’t want to get out onto the court and have a shock that takes you a whole set to figure out how they play. I used to ask my friends for tips: “how does this person play?”, “how are they playing?”, “have you watched them?”

I did my homework, but I think I could have done a better job with knowing who I was playing and how to prepare myself for matches. I think I would have enjoyed the matches more had I been more prepared.

Nowadays everything is all about nutrition, and we didn’t have anything like that when I was growing up. We always made sure to eat the night before, but we didn’t know what to eat, how much to drink or how much to hydrate yourself. There are a lot of advantages that you have now that we didn’t have back in the day; we were just kind of playing it by ear! If you’re prepared, just enjoy the match and have fun.

My very first tournament when I was around 11, I was playing a girl who was the No. 1 seed and I was beating her. It was pretty close, but I was ahead. A bird had flown over the court and my opponent said “the bird distracted me” and it was my advantage to be up a game and break her or serve for the match, I can’t quite remember because it was so long ago. I agreed to do it over and of course I lost the point and she won the game. I ended up losing the next game and that was the match. My point is to know the rules. Everyone brings up the bird to me, I’ll never hear the end of it. It’s important to know the rules of the match so nobody can pull something over on you. It was my very first match and I had only been playing for a few months, so I didn’t know.

Also, don’t take naps between matches even if you’re tired because your first match was at 8 a.m. and your next one isn’t for a few hours. I did this. I went home, laid down, took a nap and that was it. I was not good for my next match. The girl I played against just ran everything down and I had no energy whatsoever. 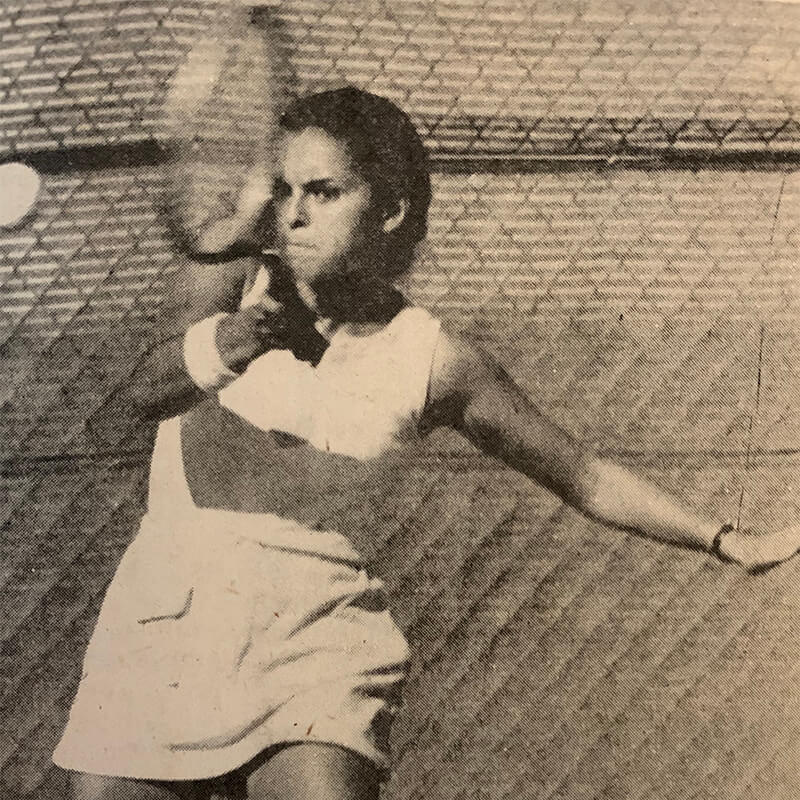 Practice is the time to work on certain strokes you don’t feel comfortable or confident with when you’re playing in a match. It’s important to practice when it doesn’t count! Don’t try a shot that you’re not used to using when playing a match. When you’re practicing, that’s the time to try dropshotting from the baseline or working on your backhand. I couldn’t hit a two-hander to save my life. I was probably one of the few people who had a one-handed backhand back in the day. So, I kept practicing my one-hander. I tried topspin, I sliced, did backhand volleys, etc. I got myself out of my comfort zone and that’s what practicing is all about. Get yourself out of your comfort zone and try something you really need to work on but try not to do something that you’re not mentally prepared to do. If you’re practicing something and it’s a really hard shot for you, make sure you’re ready. You can get really frustrated practicing something you don’t feel confident in. If that happens and you’re frustrated and not happy, walk away from it. If you’re not getting it just move on to another stroke you feel more comfortable with. That will help you clear your mind so you can eventually go back to the previous stroke and practice it again.

A good bit of advice is to not give up on your strokes – make sure you’re comfortable hitting on both sides. You don’t want to have an amazing forehand but your backhand is nonexistent. That’s where your opponents are going to go. Try not to give up on your weaker side. Practice it until it’s on par with your strengths.

To have fun! I had so much fun when I played. I was an introvert as a child and was extremely shy. This sport was awesome to me because it brought me out of my shell and showed me opportunities that I would have never had if I wouldn’t have played tennis. I believe tennis just opens your whole world and expands your horizons. I never gave up on the sport; I love the sport to this day, it’s my passion, it’s why I am fortunate enough to work for USTA Florida. I’m a small-town girl from Pittsburgh who ended up in Florida – who would have thought just from picking up a racquet that my dad brought home would open up all these doors for me. So don’t give up on the sport and the sport will be good to you. Enjoy it, have a good time, and don’t be too hard on yourself – that’s what I would tell my younger self.