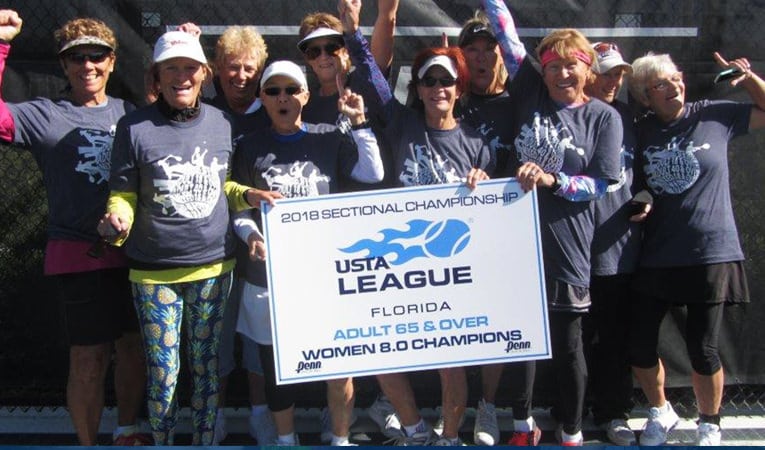 USTA League teams from Collier County dominated the 2018 USTA Florida 65 & Over League Sectional Tennis Championships on April 14-16, winning two titles and appearing in all five finals at the USTA National Campus in Orlando.

“We have a very strong league in Collier County and we play against five very competitive teams in the fall and winter,” said Men’s 8.0 winning captain Ron Mishko. “This year we were ready! We dedicated our play to one of our players, Keith Butterfield, who is currently battling pancreatic cancer while we were battling on the courts.”

In the five men’s and women’s division finals, Collier had a 2-3 win-loss record. No county has ever won three titles at the Florida 65 & Over Sectionals. Hillsborough County was 0-2 in the championship round, losing both the Men’s 8.0 and Men’s 7.0 finals to Collier.

“First, the staff could not have been more pleasant or helpful,” said Collier’s Warren White of the winning Men’s 8.0 division team. “I don’t know why it is this way, but the vast majority of tennis players are super-nice people.”

“At our age, the experience at the USTA National Campus was a time to remember,” said the championship-winning Men’s 7.0 captain from Collier County, David Smith. “Exciting and exhilarating in every respect. Each Adult 65 & Over team were gentlemen and talented players. Our team is an awesome group of talented gentlemen too. We went into our last match Monday knowing that if we could win all three courts, the championship would be ours and we did it, with our No. 1 team closing it out in a third-set tiebreaker. Just a fantastic experience for each of us.” 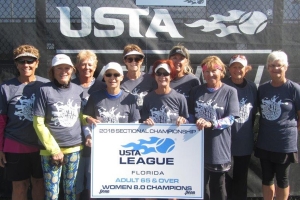 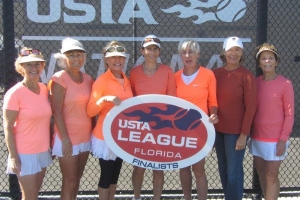 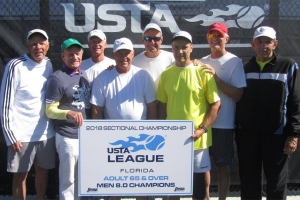 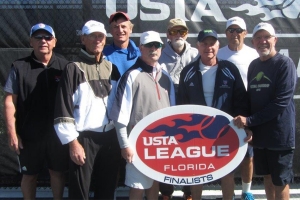 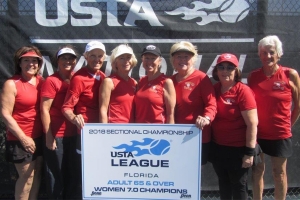 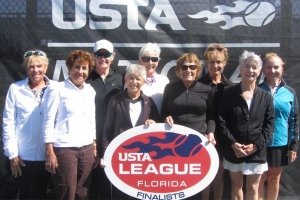 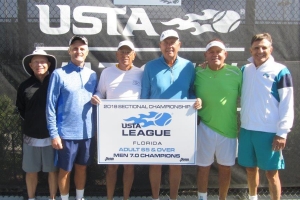 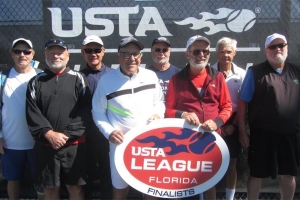 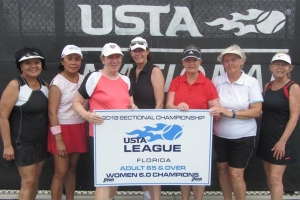 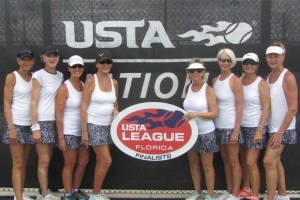 The NTRP (National Tennis Rating Program) scale for doubles progresses from 6.0 to 8.0 combined levels of play for the USTA Florida Adult 65 & Over League Championships. For more information on NTRP levels go to www.usta.com/en/home/play/play-as-a-member/national/about-ntrp-ratings.html.

The USTA Florida League Championship Cup is awarded to the county with the most league sectionals titles during the 2018 season (standings through April 17):