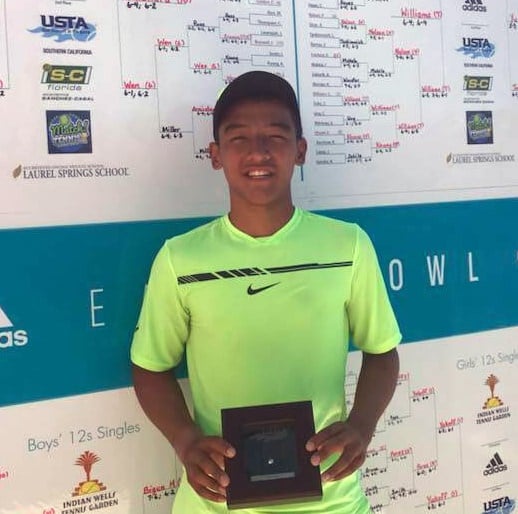 Kuzuhara is the No. 8-ranked player in the USTA Boys’ 14s national standings and won the Boys’ 14s singles title at the Easter Bowl in March.

Each three-player team will compete with 15 other nations from around the world, first in round-robin matches, then in a knockout bracket.

Last year the U.S. girls won the title while the boys finished fifth. The girls’ title was the seventh for the U.S. (1992, 2007-10, 2013, 2017) and the boys will be looking to add to their four World Junior Tennis titles (2002-03, 2008, 2012). Former U.S. junior international team members include Jim Courier, Andy Roddick, James Blake, Lindsay Davenport, and Sloane Stephens. Rafael Nadal and Novak Djokovic also have represented their respective countries in junior international team competition.

For more information go to www.itftennis.com/juniors/team-competitions/itf-world-junior-tennis.aspx.