The USTA’s Tennis on Campus college club program is creating tomorrow’s leaders in and outside of the tennis industry at more than 400 colleges and universities across the country. Two of those leaders from Florida — Jemimah Tassopoulos, president of the University of North Florida club, and Daniela Gonzalez, president of the University of Miami club — are seniors preparing for graduation and taking their leadership qualities gained from Tennis on Campus into the working world. 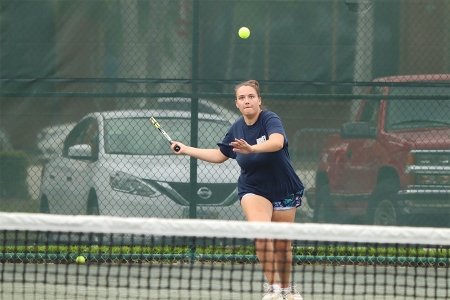 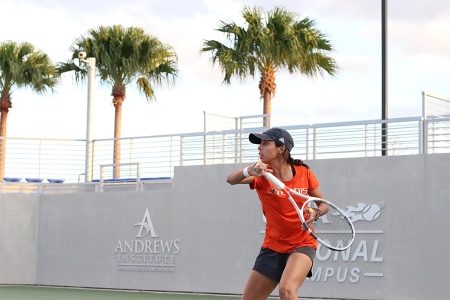 The two clubs are a contrast — the large powerhouse Division I UM club with 200+ members, and the smaller Division II UNF club that has a shorter history. But both have supplied Gonzalez and Tassopoulos with camaraderie and leadership growth opportunities over their four years.

“I joined a team that quickly became my family, and with no doubt my most cherished friendships have been built around it,” said Gonzalez.

The 21-year-old came to Miami from Venezuela on the advice of her sister. She had given up competitive tennis at the age of 13 but picked-up the sport again at UM.

“My sister was still part of the team during my freshman year,” she said. “She got me to try out and sign up for their first club tournament, as she truly believed a sisters duo would be a great idea for doubles. It wasn’t.”

Sectionals champss 💪🏼💪🏼way to wrap up the season #gocanes Nationals 🔜

Nonetheless, she became involved in organizing the club and rose to president, creating “an environment of inclusion, respect, composure, and positivity, despite the mental tough-ness and inevitable competitiveness of the sport. It is no little task to manage a team of over 200 students, but by delegating clear responsibilities to my executive board, I believe I’ve succeeded at running the organization smoothly.”

Also among her successes have been acting as a liaison with school officials to secure approximately $13,000 per year for the club, and guiding the University of Miami club team to two season-ending USTA Florida Tennis on Campus Sectional (state) Championships in 2019 and 2020. 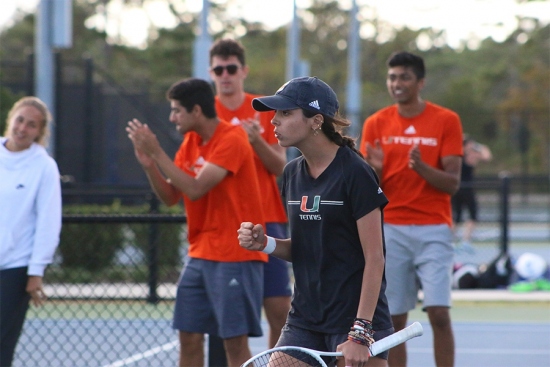 “What I truly love about the Tennis on Campus program is that we get to meet people that share the same drive and passion for a sport as us,” Gonzalez said. “Every tournament is like a getaway trip from all our school burdens where we get to release all that accumulated stress by playing tennis, while also connecting with other students that are going through similar things.”

The 20-year-old Tassopoulos was seeking a smaller-university experience where she could commute to UNF from her home in St. Augustine. She also wanted the benefit of smaller classes and getting to know her professors. A high school tennis player, she saw the Tennis on Campus program as a way to continue playing competitive tennis without the all-consuming rigor of playing on an NCAA team.

“I found UNF’s club tennis team on Facebook over the summer before I started at UNF,” she recounted. “I didn’t know much about Tennis on Campus though until I became involved with the club.”

Rain or shine, day or night, hot or cold… we always go out on the court and give a hundred percent. Fun weekend in delray beach and tons of fun memories made👏🏼

In her first semester as club president, she has learned the leadership and delegation skills that have resulted in an expansion of her leadership team.

“I’m still learning how to balance everything, but I have become better at managing my time,” she said. “One of my biggest successes has been building a great team of officers — in the past we’ve had only 2-3 people running the whole team, but this year we’ve made up new officer positions. I have also learned a lot about how to handle situations involving team members, so although encounters like that can be a struggle, my newfound skill of handling these situations is a success!” 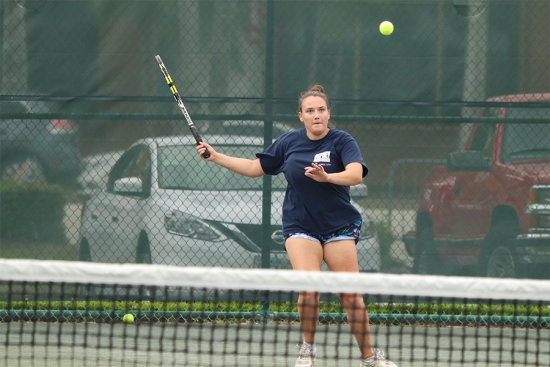 Besides the new skill sets, Gonzalez and Tassopoulos say the friendships they will take with them after college are priceless. “I’ve made friends with some of my opponents who I probably would have never met if it weren’t for Tennis on Campus,” Tassopoulos said.

“This program has certainly been the biggest part of my college experience — and for this I will always be grateful,” Gonzalez added.

For more about Tennis on Campus in Florida and how to get involved, visit www.USTAFlorida.com/TennisOnCampus.