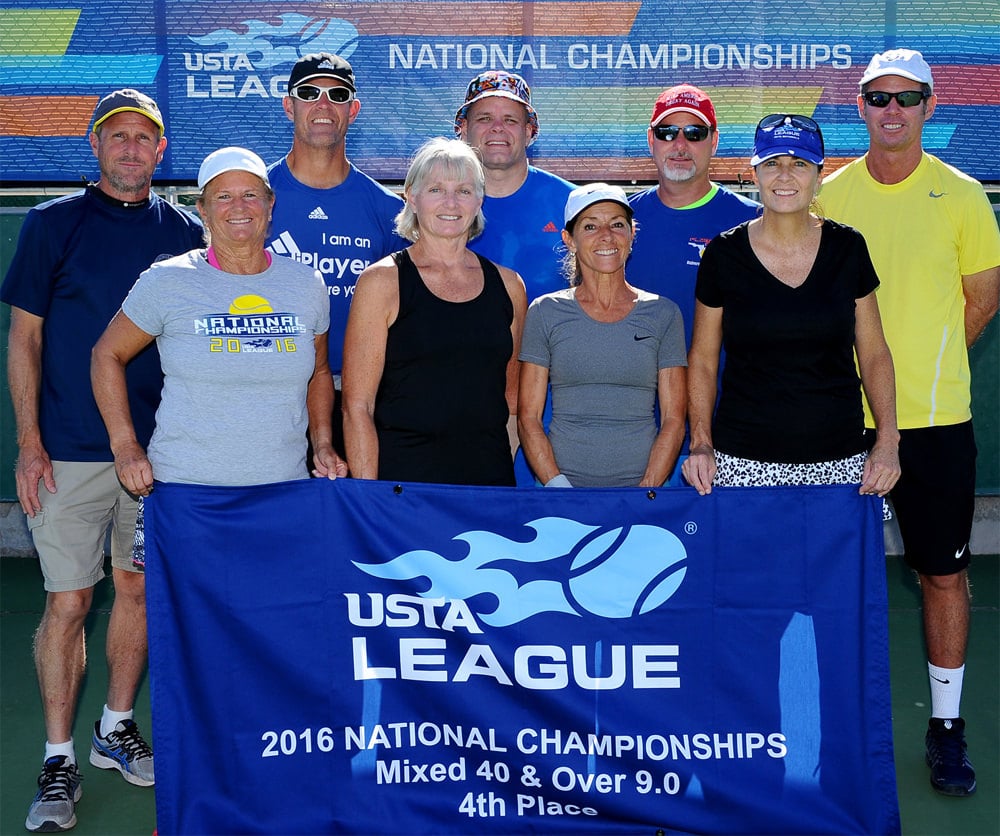 The USTA Florida Mixed 40 & Over League 9.0 division team out of Pinellas County (McMullen Tennis Center, Clearwater) finished fourth over the weekend at the USTA League Mixed 40 & Over 9.0 National Championships, held at the Surprise Tennis & Racquet Complex in Surprise, Ariz.

In the semifinals the Clearwater squad lost to USTA Hawaii (Honolulu) 2-1. Hawaii in the final fell to USTA Southern (New Orleans, La.) 2-1.

The Clearwater team in May won the Mixed 40 & Over League 9.0 division at USTA Florida League Sectionals, in the final edging Indian River County (The Boulevard Tennis Club, Vero Beach) 2-1.