In celebration of Hispanic Heritage Month, which takes place Sept. 15 – Oct. 15, USTA Florida is recognizing members of Florida’s rich Hispanic community whose talents and dedication help to grow the great game of tennis every day — at every level. We applaud them all for making tennis a better and more inclusive sport, and for making the face of our game more accurately reflect the dynamic diversity of our country.

Ismael Rosales, originally from Caracas, Venezuela, is currently the Adult Tennis Director at Midtown Athletic Club and is making a positive impact within the USTA Florida tennis space.

Growing up with older siblings, Rosales spent a lot of time watching his sisters practice their sport. That sport happened to be tennis, which has shaped his life immensely. 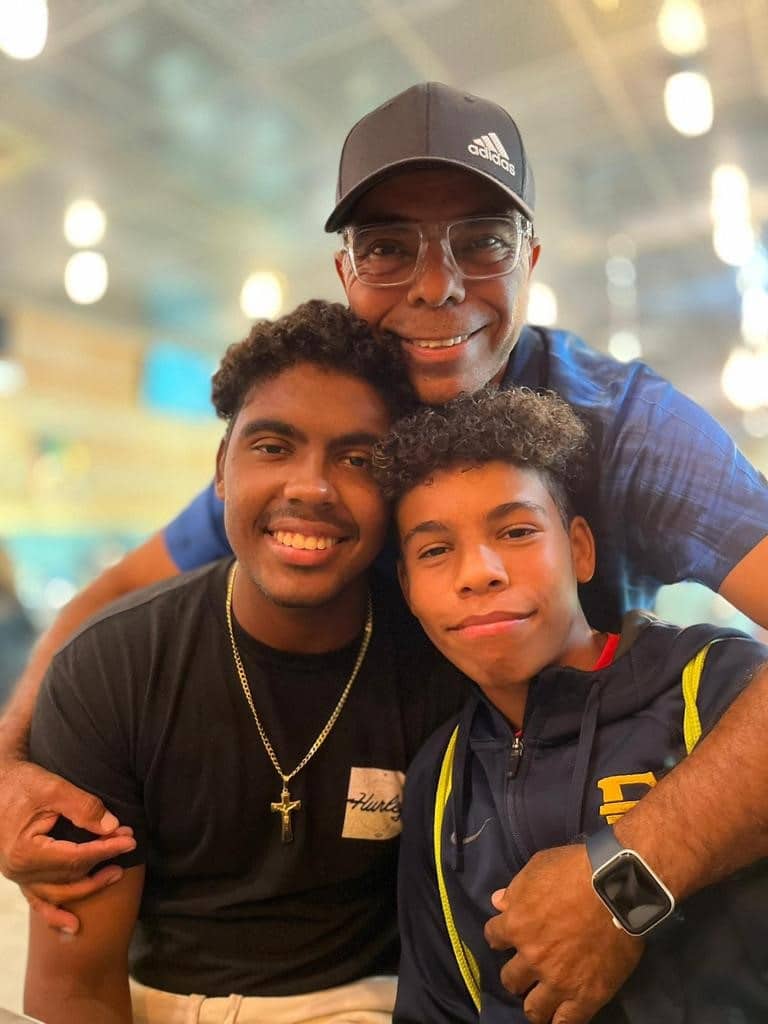 He first got involved when he was 11 years old. His sisters had finally introduced their coach to Ismael and he started lessons to see if he liked to play. After a few classes, he fell in love with the sport and started to compete in the junior scene that Venezuela had.

After competing through his junior years, Rosales moved to America in 1984, where he received a tennis scholarship to play in New Mexico. The move was extremely hard for Rosales as he was leaving behind his family and coach, who was one of his best friends. “My coach was one of my closest friends, so I made sure that we stayed in touch.”

Rosales would play for a couple of years before wrapping up that chapter of his career and moving into a different role within tennis. He moved to Hollywood, Florida for 10 years and applied for a job to be the Head Pro at a tennis facility in the city.

He finds even more joy teaching the sport than he did playing it. “What I do changes a lot of lives. People have problems in their life like with health and family, but when they come up to the court and take lessons with me, they are able to put things aside and feel a lot better,” he explained.

Ismael’s tennis clinics give people that hour distraction from their life where they can just be healthy and enjoy tennis. “After our lessons they have more energy to face the day-by-day problems they have,” Rosales said. “I love to help people, so that’s why I do it.”

Now, Ismael is the Director of Adult Tennis at Midtown, a facility where many League teams who have won Sectional Championships train out of. Here, he organizes adult tennis play for his club and ensures that everyone is having a fun time.

He also has a massive focus on family, especially his two sons, who both have fallen in love with tennis. “I just dropped off one son at college in in Dallas two days ago and my other son is 13-years-old and he really loves tennis.” Ismael loves to talk about his children, and you could see his eyes light up as he talked about their accomplishments in the sport. “I would love to stay with tennis the rest of my life and have my family really, really stick with it.”

Ismael believes it is very important to celebrate Hispanic Heritage Month because many people don’t realize how tough living situations are outside of America.

“In Venezuela, there were a lot of people that were victims of (crime) in Venezuela, so a lot of people started moving to America,” Rosales said. He added that many of his friends and people he knew from the country started to come over to America as it gave them an opportunity to thrive.

Even though he’s in America, Rosales finds time to go back to Venezuela to give back to his community. “There are kids with not that much money to spend on tennis, so we did lessons for free,” he recalled. “We gave out some rackets, balls, clothing for them to play with.”

Rosales tries his best to make sure that everyone in his hometown can live a good life and can enjoy the game of tennis, much like he was able to do during his childhood.