We want to introduce you to Sasha “Fearce” Kilgour, a competitive junior player who is only 12 years old! The sixth-grader has climbed to the No. 1 ranking for the Florida G12’s, serves as a role model for her two younger sisters who also play, and is a big believer in equality for everyone. Her success wouldn’t be possible without the support from her parents Latoya and Marlon, who serve as the pillars to Sasha’s budding tennis career.

How long have you been playing tennis?

Sasha: I’ve been playing for about six years.

What do you like the most about the sport?

Sasha: I just like playing it. It makes me feel good when I hit the ball. I love it.

Sasha: No. My mom played basketball in college and my dad was very athletic in his youth years and played soccer. I’m not the only one who plays tennis, my two younger sisters Trinity and Leyla are following in my footsteps and they’re very good. I also have an older brother and sister who are all about the arts. My older brother Deandre is a professional actor who sings, dances, and plays a lot of instruments. My older sister Brianna is currently in the Netherlands focusing on her craft and will soon open her art gallery in New York.

How does your family support you?

Sasha: They’re a little tough sometimes, but they’re very supportive. They don’t care whether I win or lose, but mostly they care about my effort. How much effort I’m putting into it. They love when I support myself and when I give a lot of effort.

How was Sasha introduced to tennis?

Latoya: When Sasha and her sister Leyla were younger, around 4 or 5 years old, we enrolled them in a ballerina class at their learning center. When it came time for their first recital around Christmas time, we dressed them in their tutus with their hair in a pretty bun and some light makeup so they could really shine during their first performance of the Nutcracker. When they walked out onto the stage, they definitely looked the part of a little ballerina… until the music began! We watched as the ballet teacher led the class with graceful moves and Sasha and Leyla performed those same moves in their own way… but graceful would not be how I would describe it!

After that first recital, it was clear that Sasha was destined for something ‘GREAT’… just a little more physical. From that moment on, my husband and I began introducing the girls to different sports to see which one would stick.  We just sort of stumbled upon tennis. It was just a random day; we just wanted to do something different with the girls, grabbed some $10 racquets, just found a wall at the park and just started hitting. Low and behold, we saw that there was incredible hand-eye coordination and at that moment we thought maybe we were on to something. It’s all about timing. It just so happened there was another gentleman called Fred in the park playing with his friends and he just came over and said ‘hello’ and to this day we’re still friends. He said, “your girls really look like they know what they’re doing, do you mind if I show them a couple things?” and here we are today!

Marlon: When I was younger, in my teens, I used to look at tennis back in Trinidad, where they called it ‘lawn tennis’. We could not afford to play tennis because it was known as a rich person’s sport. We always played other sports like cricket, soccer and basketball, and even though we couldn’t play tennis, I used to enjoy watching legends play on television. You know, Boris Becker, Steffi Graf, Monica Seles… I used to love sitting down and watching them play one after the other for hours. It was fun for me to watch at that time. Fast-forward and now all my daughters came to fall in love with the sport I used to watch when I was younger. 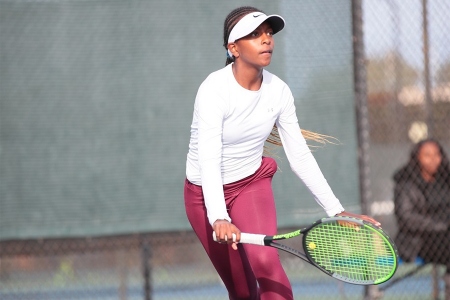 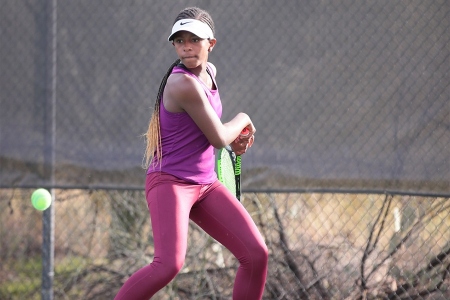 Who have been some of Sasha’s mentors along the way?

Latoya: We could see that Sasha and her sisters had a knack for the game. Back then we were very new to tennis, and Sasha and her father decided to find another court to play on and we just happened to stumble upon Dave and Mary Alper Jewish Community Center in Miami, which was where the Jane Forman Tennis Academy was stationed at the time. Again, it all goes back to timing and being at the right place – Jane Forman herself just happened to be there while Sasha and her father were practicing, and she was impressed by Sasha’s drive at just 5-years-old. Jane said to Sasha’s father that he was doing a great job and offered to show him a couple of things, so she was definitely one of the mentors along the way. Now where we are today, Polonsky-Dabul Tennis Academy in Doral, they have been instrumental in Sasha’s progression.

What message do you have for parents about tennis?

Marlon: What I would say to families out there is to experience tennis and to have fun with your boy or girl. Remember what you’re going out there to do – you’re going out there to have fun with your little ones. At the end of the day, it’s important to always make it fun while you are with them playing the sport and sharing family time. It’s not about winning or losing – you never lose, you just always learn. That’s something we’ve learned as we continue on our tennis journey.  As children continue to grow in the sport, don’t put too many expectations on them. Let them continue to love the game and play the sport and other sports. It takes a village to raise a superstar, to raise any good athlete who aspires to exceed their dreams and to be something bigger than what they are, so it’s really important for the family to give support, to always uplift them, and to create an environment of success.

What do you think about when you hear Black History Month?

Sasha: When I was in elementary school, my teachers would have us write essays about the two people who really inspired us. The two people I chose were Martin Luther King, Jr. and Rosa Parks because they fought for freedom for our people. They didn’t care if the people wouldn’t allow them to, they knew they would face consequences if they tried to resist. That just shows how much they wanted freedom for their people. They thought it was wrong for people to be treated badly just because they were different.

Sasha: I think overall it’s important to celebrate Black History Month because there have been a lot of people who look like me who have done amazing things that have changed the world. In tennis it’s especially important to celebrate that because people who also look like me have evolved the game of tennis forever: such as Serena Williams, Venus Williams, Sloane Stephens, and the latest Coco Gauff. They’ve done amazing things, they’ve put themselves on the market and that’s what I want to do for me – I want to be known, I want to go pro. I want to be the No. 1 player in the world one day. I want to be the greatest player of all time. 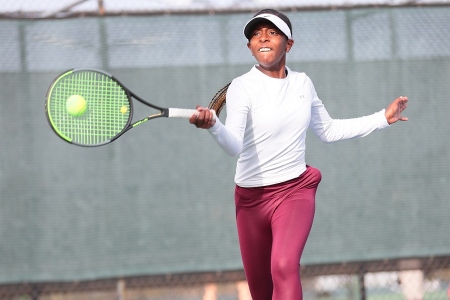 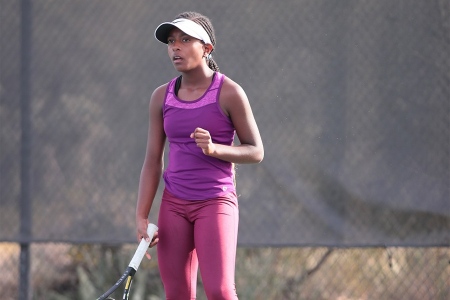 Why is it important to not only support and celebrate other cultures, but be inclusive to all?

Sasha: I’ve known for a while now that in the past, people weren’t accepting of others because they were different. But now, in order for people to be who they want to be, the world around them needs to accept who they are. A lot of people are judged because ‘they can’t do this or they can’t do that’ but I think in order for them to be at their best, people should just accept what they can do. With Serena Williams, people used to like, body shame her, but she didn’t care about what people thought about her because she knew she was doing the best that she could do. If people say negative things to me, I won’t care. I would push all the negative comments away and I would play the sport that I love because I believe in my heart that I can actually be the greatest player of all time.