We want to introduce you to Nneka Nwakoby, who was born in Nigeria and raised all over the world due to her father’s position as a diplomat. Nwakoby was one of the first Love to Learn adult beginner program ambassadors in Region 2 (Marion, Alachua counties) for USTA Florida, and knows firsthand how hard it is to learn a new sport in public when you’re worried about looking silly! Her passion for the game comes not only from the competition but also from the team camaraderie she’s developed through the sport.

I started playing in my mid-thirties about 11 or 12 years ago. When I was a kid, I remember my dad trying to teach me and I was like “oh my god my fingers are blistering I can’t play this sport, I can’t do it!” Then in the late 80s/early 90s I fell in love with Andre Agassi (when he was doing the denim thing and that HAIR). I started watching tennis because I loved him and because I started watching tennis I wanted to play. Now of course it looks easy on television, especially for a non-athlete who doesn’t realize how hard it is to learn. Once I had kids, and I had a friend whose daughter was a really good junior player, she asked: “why don’t you come out and hit with us one day?” So I went and I thought this was impossible – couldn’t even make contact with the ball! Then I decided I was going to learn and that’s how I started learning the game. 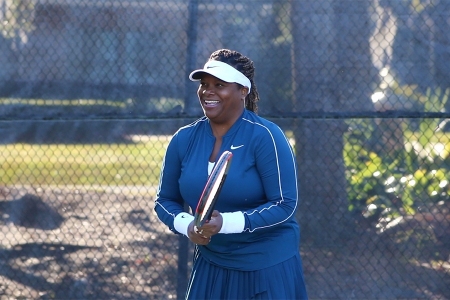 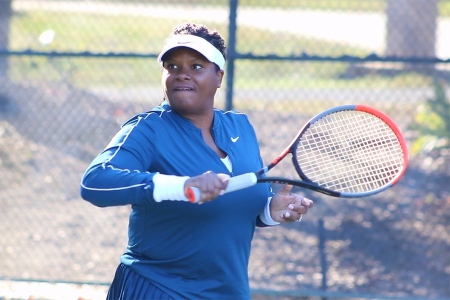 My son who is a senior in high school plays; a very tall, handsome, athletic boy who only likes to play on the computer. My daughter, who is in middle school, also plays and my husband will come out from time-to-time but he’s not a big tennis player.

I made my kids start tennis when they were little because I do think physical activity is very important, not just for the physical aspect but also for the discipline aspect, the motivation aspect, and the entire idea of being a well-rounded person. Eventually, when I started playing USTA tournaments, I would sometimes see people who came back to the sport after 30 years. They’d say, “I played in middle school and haven’t touched a racquet in 30 years.” They’d come back and within one season they’re 4.0 – it comes back to you. So even though my kids were very resistant at first, I encouraged them to keep playing.

The funny thing is that my son, who doesn’t like to be outdoors at all, I kept pushing him to try out for the high school’s tennis team because he needed to have a sport to look more well-rounded because colleges want more than just grades. Last year for the first time ever he made the team and he liked it. He played a couple of matches, won them, and overall enjoyed it. So this year, even though he’s a senior and no longer needs to play to look good for colleges, he tried out again and made the team again. Now he’s gotten to a point where he does like it and understands the team ambiance and comradery. I think he had a blast last season and I think he’s going to have one again this year.

What do you enjoy most about the sport?

Apart from the very, very top, this sport is pretty much always teams. The best part is being on the team… if they’re doing it right. If they’re not, you probably should find a different team! But in general, you will enjoy being part of something. For example, this season I haven’t won a match, but my team is in second place for day league, so I think it’s great! I think the team aspect is a huge part of the sport. I love the comradery; I love having tennis friends and I also love the competition. I’m competitive, even though I may not necessarily win all the time. I don’t mind losing but I enjoy the competition of playing the match. It took me a while to get here. Initially, I would get very sad over every match that I lost, but now I’ve come to a point where the goal is to play this game well – learn to play the game of tennis well. If the results come, and they usually will if you play well, don’t worry so much about win, lose, and the in-between. If you play a good match you are happy to go home – or at least I am. Then of course I also love to be around people so it’s something to do that gets me out of the house.

What message do you have for others about tennis?

Tennis is my favorite sport. It’s not as brutal as say, CrossFit, but it is physically challenging and I think, more importantly, it is mentally challenging. I think a lot of people don’t think of it that way, but really the goal in tennis is to figure out how to beat the opponent in front of you. In a perfect world, you’d have enough shots and variety to be able to make them uncomfortable, but there is a part of thinking it through. It’s a smart sport. If you watch my favorite player in all humanity, Rafael Nadal, if he’s overpowering people he’ll get up very quickly in a set, but if you watch the matches that are a little difficult for him, you can see him thinking through what he has to do to not let the other player beat him. I feel a lot of times players don’t get a lot of credit for that. Serena Williams, we all know she’s strong but she’s also freakin’ smart. You don’t win that many matches without having to think about what you have to do because every player doesn’t play the same. It’s a mental game and I enjoy that part of it the most.

Given the peculiar history of this country, I think Black History Month is very important. I think as the years go by, we keep learning that a lot of things that we take for granted in this country were actually done by black people, or by slaves, who never got the credit for them. I think that is what is most important about Black History Month because those things matter. The narrative that was used to support slavery, segregation and then generalized oppression was that black people were just not smart enough or not hard-working enough, but if you look at the facts, history does not bear that out. I think it’s important to keep reminding not just the general world at large but African Americans here that that narrative is not true – you are not what they said you were. 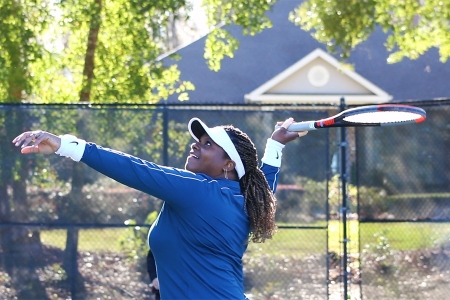 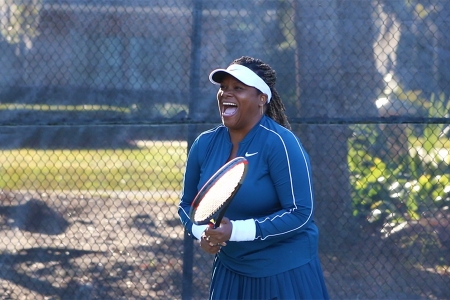 How has black history inspired you in tennis, or, your life in general?

The answer to this question is different for me because I am from Nigeria. My parents are Nigerian, and I was raised all over the world because my dad was a diplomat. I think what black history seeks to do is to give you a sense of self, of worth and of pride in your blackness. It’s slightly less of an issue for people raised in Africa or raised around Africans. I think the question of “can a black person be president”… well yes, because there were black presidents all over Africa. I think this is a slightly different question for me because I never had a doubt in my mind that those things could be done because I saw them being done every day. I think for certain demographics of Americans that may be unusual. I think the important thing about black history, or any history really, is that sometimes you just don’t know what you don’t know. You need somebody to say “it can be done” or “I’m seeing it done” and then you know you can do it. I think that is what is good about Black History Month, because you can see all the various achievements through time and know that they are not impossible dreams. If you look at America and if you say to any black kid, “can you become successful through sports?”, well yes, they see hundreds of athletes… so that one is easy. However, the other ways of attaining success in society may not be as obvious to them, but through black history programs you start to see more of that.

I think it’s very important to celebrate black history in tennis, because the sport seems to not have enough of an awareness that people of color, whatever color, have played in the past. They’re just not as celebrated. Probably for most of the world, tennis had been predominately known as a white sport in the past. In the earlier years of the sport you had segregated systems – and while the African American tennis players didn’t necessarily play the tournaments, there were great players. Those players probably would have been more well-known if they had played in an inclusive system, so to speak. I think it is important to remember their accomplishments during Black History Month, but also the barriers they faced. They did great things, but people just don’t know them, so I think this is the time to get their names out there and give them the recognition they deserve that they did not achieve in their lifetimes. I don’t think Arthur Ashe was the first black male to play tennis – he was just the first one who got to play where the whole world could learn his name. The people who came before him mattered too. I think, to some extent, the black history in tennis needs to be recognized so we’re not having a scenario where every black player looks like a “new thing” – they’ve been here before and they’ve always been around, you just didn’t know of them but now if we talk about it more, you will.

I think equality is a wonderful conversation to have and I think it’s been had in tennis for a long time. That has led up to equal prize money for men and women and that’s great. Inclusion, I think, is becoming more important now. Tennis is a global sport, but predominately in the past it was usually a European, Australian and North American sport. Now you’re seeing huge growth in Asia, huge growth in South America, even a little bit of growth out of Africa. I do think it’s important for people who want to get into the sport to see other people like them playing, to know they could find a home here and just to know they won’t be the only one out there. I think that is how inclusion is good for tennis.

This is the hardest question; it’s difficult because there is no easy answer but it’s simple because there is a very simple and corny answer: we are all one, there is no difference. People throughout the world just want to have good lives, raise their children and leave them a better world – that’s all there is to it. We, for geo-political, ethnic, or religious reasons, look for divisions but at the end of the day, we are all one.