We want to introduce you to Kevin Sims, who is a driving force behind much of the USTA League success of Broward County. In 2019, Broward claimed the USTA Florida League Championship Cup for the third time in four years and became the second county to reach double-digit sectional titles in one season – a feat that wouldn’t have been possible without Sims and the teams he captains. He was also named USTA Florida’s Volunteer of the Month in July of 2019.

Sims has an unrivaled passion for the sport that is reflected in his mission to bring people together on the court – something that surely resonates throughout Broward County. In 2019 he captained 15 teams in both men’s and women’s leagues, and in 2020, he hopes to captain 18.

The first time I held a racquet – and don’t look at me funny – it was a wooden racquet! My uncle, who was a PE teacher, took me under his wing and gave me a wooden racquet. He took me to some beat-down tennis courts and taught me some basic tennis etiquette and tennis techniques. In doing so, and I didn’t think much of it at the time, I grew to love the sport as I became older. I grew to want to contribute to the sport in any way that I could contribute. 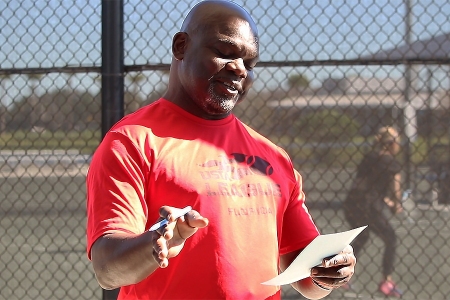 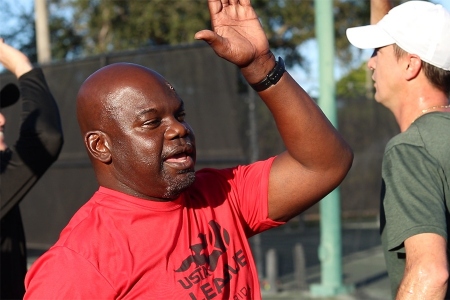 What would you say is your contribution to the sport?

What is your current role?

My role as a captain with Dillion Tennis Center and with the city of Oakland Park is recruiting talent and players for the club and for the league. My role as a captain also includes scheduling my players, making sure that my line-ups are proper, making sure my players are able to get to the matches and that they’re able to play. Sometimes it’s a babysitting job, however, I don’t mind babysitting just so they can reach their goals.

How would you describe your team?

How do you think tennis has brought them together? 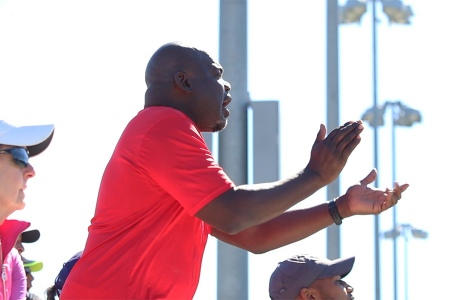 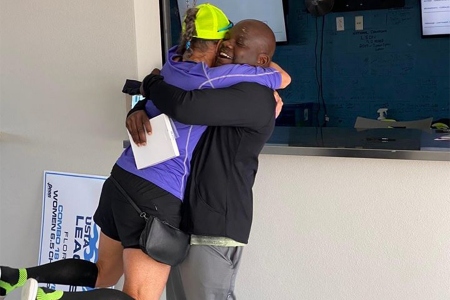 What pushes you to go above and beyond for your players?

The reason I go above and beyond is because I love it, I love the sport. I love watching my players develop into something they didn’t think they could become. Some of these players I’ve known since they were 15 years old and now, they’re in their mid- to late-20s and I’ve watched them develop over the years. I have three or four African Americans who I saw when they were very young; they had a lot of talent, so I introduced them into the USTA and they’ve been playing ever since and they love it.

What message do you have for others about tennis?

I would say go to your local community center where they have tennis teams or seek out someone you know who plays tennis and just inquire “what can I do to get involved?”

Why is celebrating Black History Month important to you?

It’s important to me because I get to meet a lot of other individuals in my family and outside of my family. We talk about things going on in the world that impact us – how it has become worse, how it has become better, or how can we change the world in the future for our culture. One of the ways we can do that is by reaching out to the youth. It all starts with developing the youth so they are not looked upon as just being black – they are looked upon as a person with skills, a person with integrity, and an individual who is able to achieve. 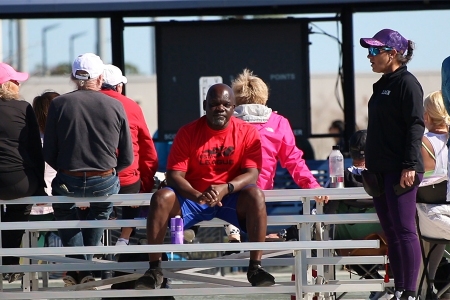 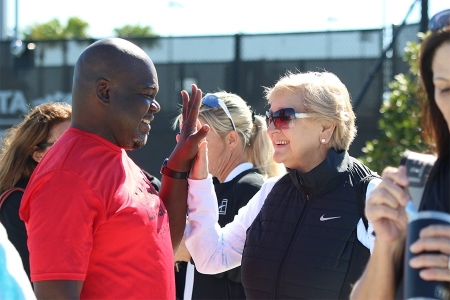 I think the importance of recognizing and celebrating black history in tennis is because you have a lot of youth out there who have not yet been discovered. The USTA reaches out to those kids who might not have had an opportunity, and they can find the raw talent and I believe they can develop that talent. Black History Month is a month when African Americans reflect on what brought us to this stage of our lives in our history. To tie it in with tennis, you have those role models like Serena [Williams] and Venus [Williams], that now the younger generation can look up to and say “you know what, I can do this, I can do this, look at that woman playing, I’m a girl too”. It gives them hope, and I believe Black History Month gives them hope.

I think that reaching outside of your comfort zone and interacting outside of your comfort zone will make a stronger team for you. When my team goes to sectionals, we are the most diverse team because we include everyone; we reach out to everyone. I think if more coaches or captains reach out to other ethnicities and other cultures, I believe they can make a stronger team.