Orlando players made themselves known at last weekend’s USTA League 18 & Over National Championships, where a women’s team from Casselberry was crowned a national champion, and a men’s team from Orlando finished third.

The women’s 18 & Over 3.5 team from Seminole County (Red Bug Lake Park, Casselberry) defeated a team from the USTA Caribbean Section (Guaynabo, P.R.) 4-1 to claim the national championship in Orlando at the USTA National Campus. 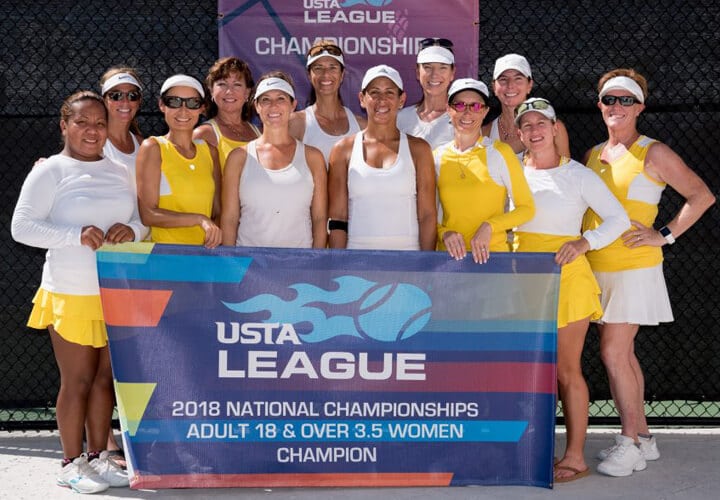 “In January I told Isabelle Welsh, one of my original teammates from nationals, that this would be our year to get to 3.5 nationals, whether it would be 3.5 40 & Over or 3.5 18 & Over,” she said. “Unfortunately we were finalists at sectionals for the 3.5 40 & Over to Broward County, so the pressure was on for our shot to win the 3.5 18 & Over at sectionals the following month. We accomplished our team goal and it was against our rival, Broward County!

“We were ordering new uniforms to participate in Color Wars at nationals, figuring out partnerships, practicing, deciding on what would be the best line up, and lots of research on our opponents. When we won we all jumped for joy, screamed, we were super excited, started hugging each other and just could not believe we did it! I want to thank all of our opponents for being good sports, especially Connecticut, Indiana and Puerto Rico. It’s nice to face opponents who have fair line calls, are genuinely nice and can congratulate when a great shot is made.” 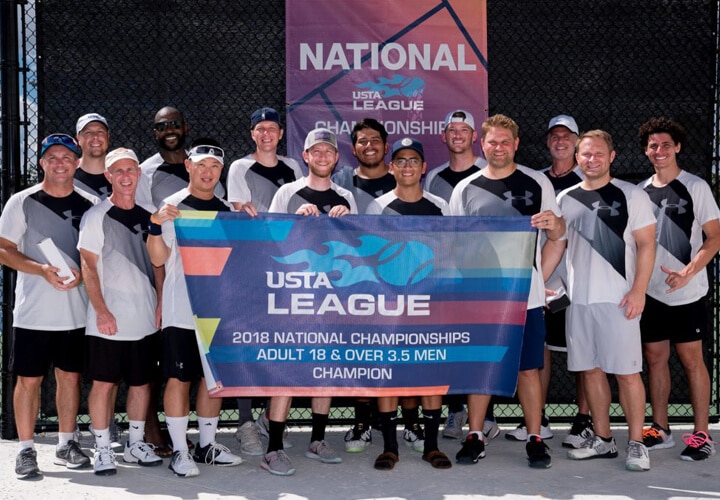 In the prior semifinal round the Orlando men lost to the eventual-champion USTA Intermountain Section (Salt Lake City, Utah) 3-2.