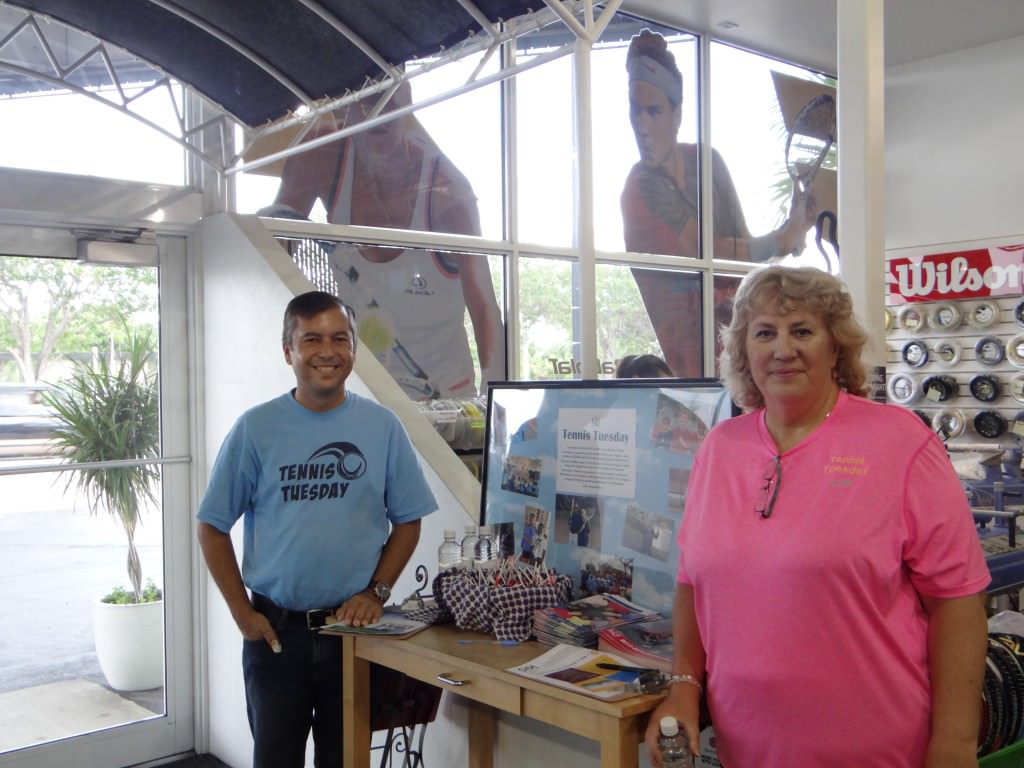 FOR THE KIDS: Jane Moseley and Kevin Bochenek at a recent MatchPoint Tennis fundraiser for their program.

Jane Mosley, a Pompano Beach-based British ex-pat and tennis lover, was having a self-described bad day, and in the shower, she came up with the idea of starting a weekly free tennis program for underprivileged kids.

The 19-year financial supporter of the privately funded non-profit “Kids in Distress” program in Wilton Manors approached the organization’s aftercare leaders about three years ago about her idea for an experimental free six-week tennis clinic. Within six months, it was launched.

She found a pro and a court — Donna Kocyba at Hagen Park, just a few minutes from the five-acre KID campus — several weekly volunteers, and of course, funding. The USTA Florida Foundation gave her a grant for rackets and other equipment. The six-week experiment was a rousing success: Tennis Tuesday now runs throughout the year just about every week from 3:45-4:30 p.m. 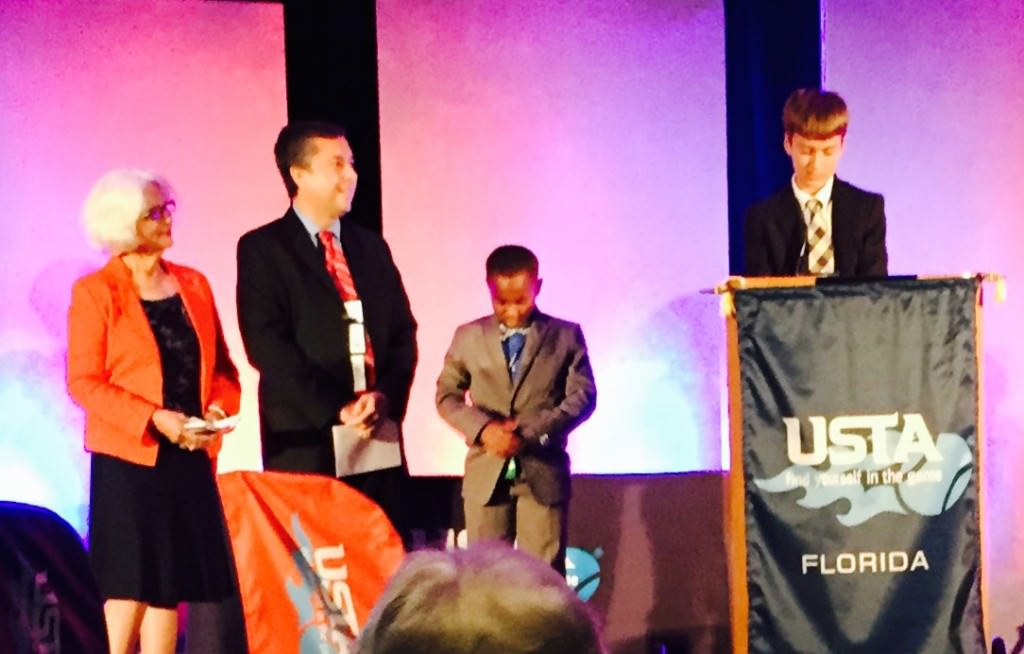 Those in attendance at the USTA Florida Annual Meeting & Volunteer Appreciation Weekend in Orlando in November saw a couple of those children praise the foundation for its generosity, and spoke about how much they’ve gotten out of the 45-minute clinics.

Of the 80 children in the program, 22 are currently participating in the Tennis Tuesday program, and most of these kids didn’t know anything about the sport when they signed up.

The program is capped at 22 children aged 7-12, with 11 playing one week, and the other 11 the following one. The van that transports the children can accommodate no more than 11; hence, the limit of 22. Some of the children come from broken homes; three are in foster homes. 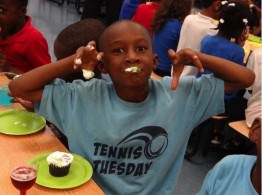 After the clinic, Jane, who’s given Tuesday afternoons off from her project management post at M. Hanson Company, Inc., the furniture dealer in Ft. Lauderdale and Boca Raton, hangs out with the children in the nearby gazebo for snacks and some education. She talks to them about the world, touching on geography, history, and even archeology.

Jane notes that the kids participating on the court are finding benefits off the court.

They’re “more organized,” she said, and better able to work within a structured environment. Kevin Bochenek, director of aftercare and mentor program and a therapist by training, said that the tennis program has given the kids “higher self-esteem and more concentration.” 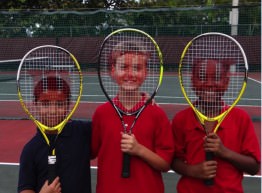 Speaking of Jane’s contribution to Kids in Distress, one of the largest social service agencies in Broward County, he added: “We’re very blessed to have her. She’s dedicated a lot of energy and time to create and monitor Tennis Tuesday, and for that we’re ever grateful to her.”

On a good day…
The Tennis Tuesday Program was conceived in her consciousness on a bad day. On a good day, she came up with a free two-hour hitting session on Saturdays for any kids and/or parents to hit with her where she plays at the Lighthouse Point Tennis Center. A pro-run clinic will be conducted by Greg Moussette. Already, she’s envisioning starting a scholarship fund to help defray costs for the program. 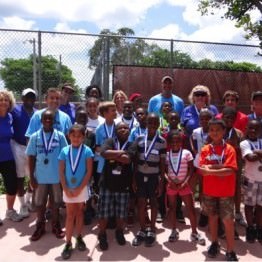 … and on a great day
Jane has a new vision that will need a great day and a lot of ships to come in to make it happen. It would expand Tennis Tuesday beyond 22 children and include parents, as well, by getting a tennis court built on the five–acre campus. After spending a few minutes with this dedicated tennis volunteer whose love for children created a terrific year-round after-school program, who’s to say she won’t make it happen?