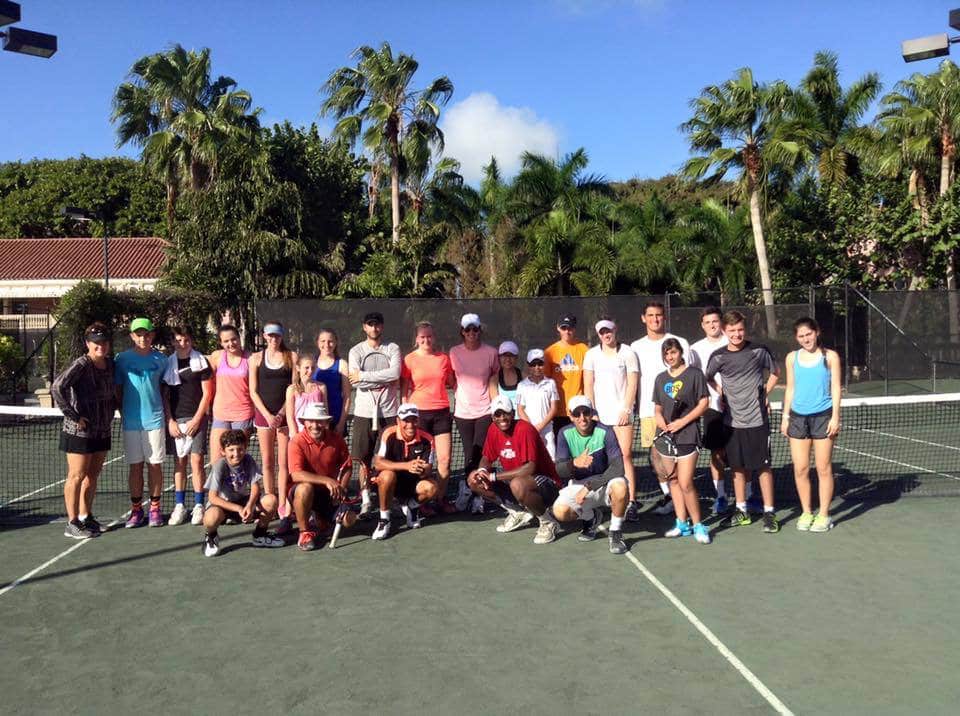 JOSE CAN YOU SEE THE ACADEMY? Jose is in the front row, third person from the left, surrounded by players and coaches of the academy.

There must be a special formula in Southeast Florida that produces great coaches, because the last three Junior Competitive Coach of the Year award winners from USTA Florida have all taught there. They are Boca Raton’s Jose Caballero in 2015, and Miami’s Kevin Chow the year before, and Eric Hechtman in 2013.

Caballero runs the JC Tennis Academy out of the beautiful Boca Resort, and Chow teaches kids at the Biltmore Tennis Center in Coral Gables, as well as at the Crossings Country Club in Miami. He was also director of Miami’s Tamiami Tennis Center during 2014, when he was honored by the USTA. Hechtman won the high school state championship three years straight, was the third most recruited player in the nation by colleges, and has been a hitting partner with some tennis players who you might have heard of named Roger Federer, Rafael Nadal, and the Williams sisters.

Caballero, 38, attributes this one-two-three punch to the fact that South Florida is a very competitive region, with great academies that attract serious young tennis players. He won his honor after just one year, following three years as head coach under Martin Blackman’s program at the hotel. Blackman left to replace Patrick McEnroe as general manager of Player Development for the USTA nationally.

As his name implies — caballero means gentleman or knight — Jose goes the extra mile to care for the 32 full-time juniors (under 18) who put in 30 hours a week of tennis at his academy in the hopes of gaining collegiate tennis scholarships and hopefully turning pro. What makes Jose the top coach?

He says one of the reasons is that he doesn’t divide his time between coaching and playing: For the past 16 years, he’s devoted himself exclusively to tennis teaching and coaching. This after the Puerto Rico native’s four years of college tennis, two at Miami Dade Junior College. “We make sure that every student goes to each practice with a plan.” 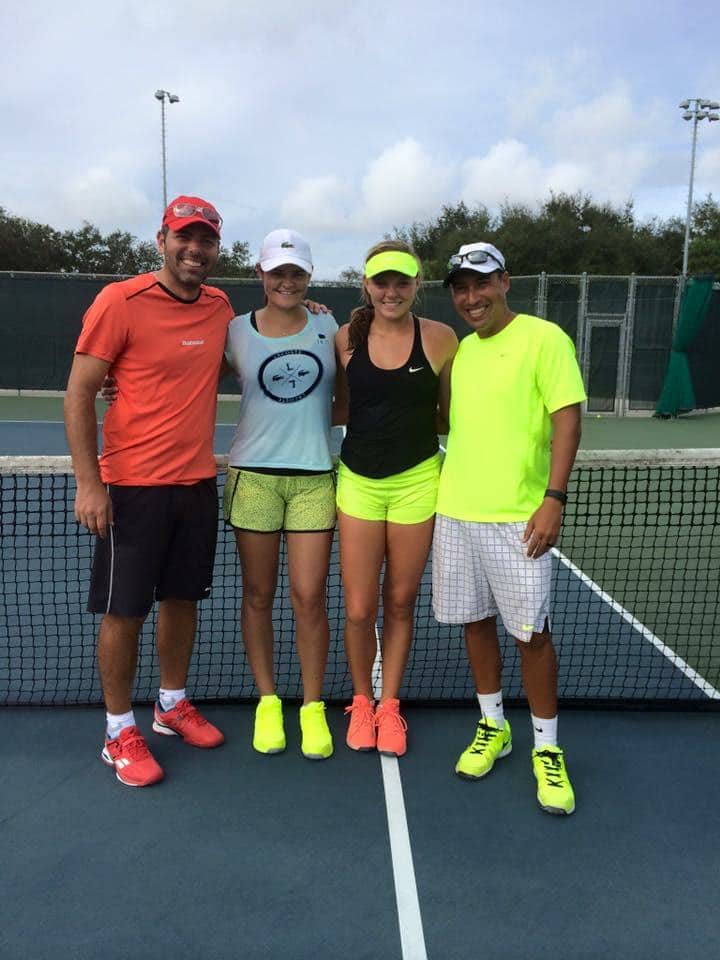 He also makes sure that the kids work with terrific coaches, one of whom is Canadian Aleksandra Wozniak, once No. 21 in the world in the WTA rankings. He also attributes his honor to his staff, which includes six coaches, athletic and physical trainers, a sports psychologist, and academic tutors.

But under Jose, the tennis isn’t only physical. He makes sure that the program for the kids is very much about fun. For mental training, he offers a 16-second drill after each point in which kids forgive their errors, or visually build on the momentum of a winning shot. There’s also putting his charges in pressure practice situations to learn how to overcome adversity on the court, and how to close victories.

And there’s socializing with the kids, as well, having dinner, going bowling, and keeping their minds off tennis, too. “These juniors are kids, and they need to remain kids,” he added.

Kevin Chow, a 41-year-old Jamaican-born tennis coach for the past 18 years, was given his prize by USTA Florida in 2014 on the basis of his collective record working with juniors. Two of his former charges have risen high in junior tournaments: Monica Chow (no relation) won the doubles in supernationals, the big junior event, in New York City, and Kelsey Laurente was a singles and doubles champ in supernationals, as well. 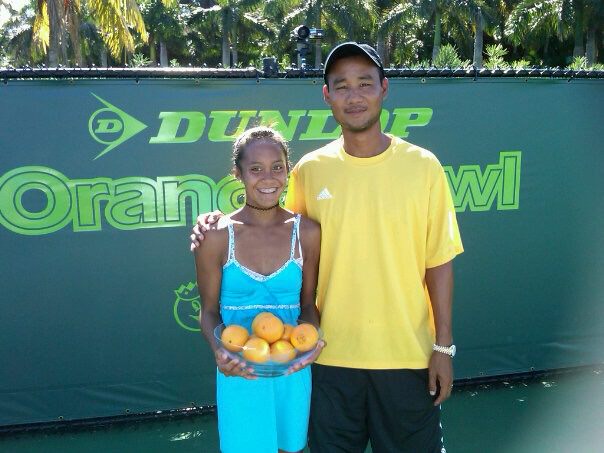 ORANGE YOU GLAD KEVIN’S YOUR COACH? Kevin with student Kelsey Laurente at the Orange Bowl tourney at Crandon Park in Key Biscayne.

Chow himself still stays active as a player, competing in the 35s. In that category, he’s won the Florida championship, has ranked No. 2 statewide, has been in the Top 10 nationally for a couple of years, and has had a ranking of 130 in the world.

He says that it’s actually easier to coach kids now than it was a decade ago, principally because of education and better technology. He’ll often use his smartphone, for example, to record a student on the court for easy review.

Kevin began his career working with kids in a very casual way — as a senior at St. Thomas University in Miami, when he was asked if he’d be willing to get paid to hit with a 10-year-old girl. That led naturally enough to working with a group of kids.

But the 2014 junior coach honoree won’t work with just any kid. He’ll often refuse to work with children whose abusive parents want him to scream at their kids, or give their youngsters excessively austere discipline. While he’s an avid believer in discipline, he’s sensitive to the fact that kids need to be kids, and need to enjoy tennis. 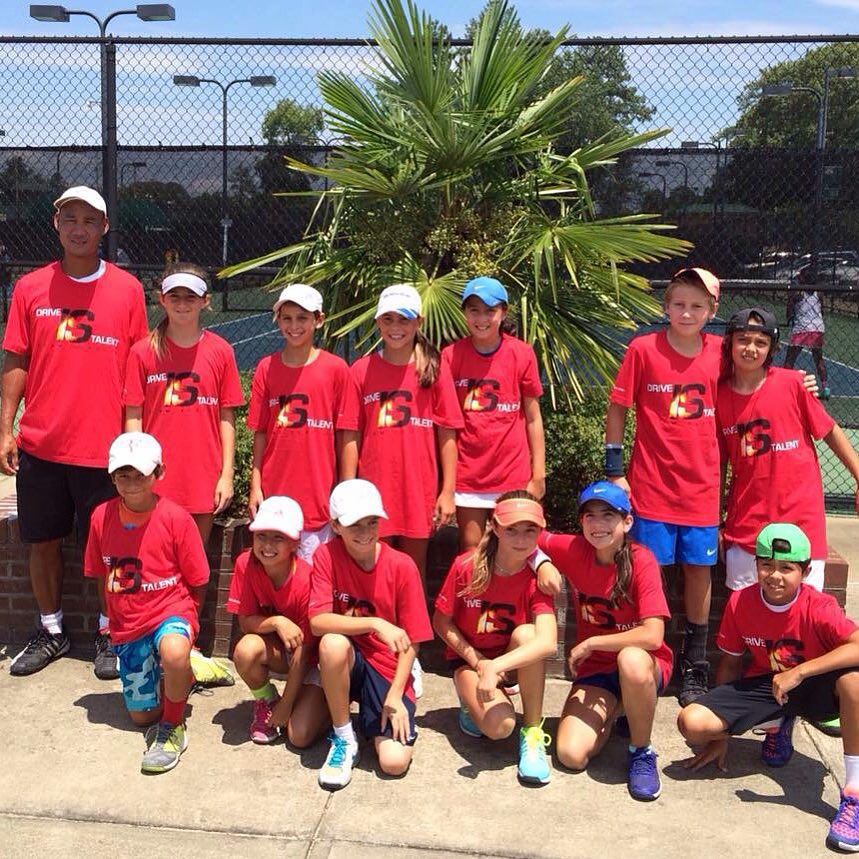 IN THE ZONALS: Kevin with his Florida Section kids playing at the zonals national tournament in South Carolina.

Sensitive to the mental and emotional needs of youngsters, he works hard at instilling self-confidence. “I ask my students to look themselves in the mirror and ask their reflection if they gave their very best, regardless of whether they won or not. If the answer is yes, then that’s all that counts.”

Kevin is very proud of the fact that the kids he works with learn to respect the game, their opponents, their parents, and everyone else. He enjoys the fact that they grow in discipline, and comport themselves like professionals, even though they’re children. And that helps explain why Kevin Chow — and Jose Caballero, as well — have been named junior competitive coaches of the year in Florida.