Broward Tennis Blog: Hitting the Big 1-0 (and Under Tennis) 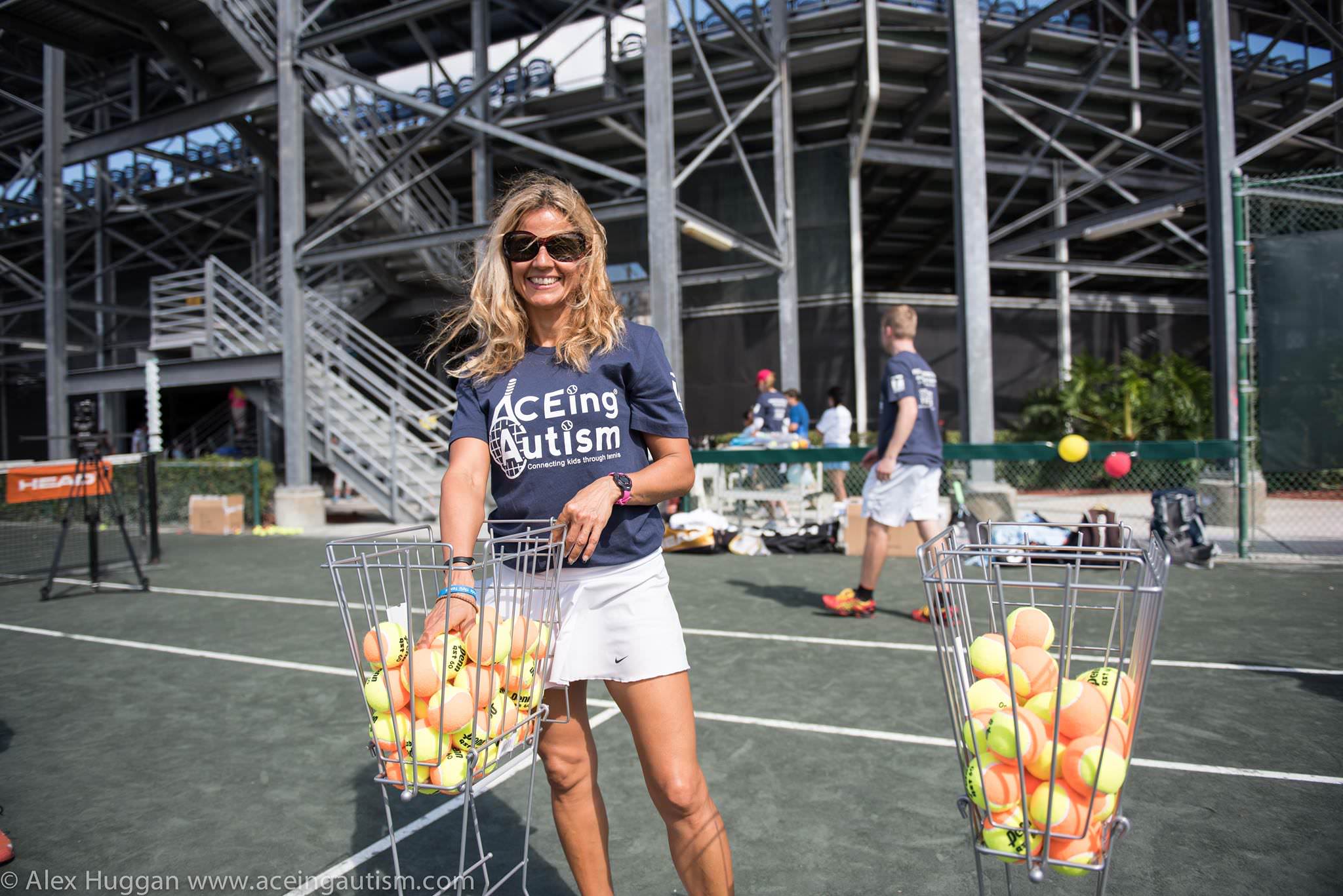 10 and Under Tennis honoree Evelyn Baumner

For many people, hitting the big 3-0, 5-0, or 7-0 brings more challenges than mastering a kick second serve, or a winning backhand overhead. It’s even tough for Boca Raton tennis players who are hitting the big 1-0 — because that means they’re most likely in their final year of working with Evelyn Baumner.

Evelyn, who was honored last fall by USTA Florida with the USTA Florida 10 and Under Tennis Award, teaches tennis to kids at the Patch Reef Tennis Center in Boca. An independent contractor for the city, the Delray Beach resident works with about 40-50 kids approximately 30 hours a week, teaching them the ABCs of tennis: agility, balance, coordination.

From Fortune 500 to Great Good Fortune
Evelyn has been working with kids for about six years now — this after some nine years as a staff corporate trainer, first with FedEx for three years, and later with Office Depot, for six. After the latter merged with Office Max, the tennis fanatic, who’d hit before work, during lunch hours, and after work, was downsized. That’s when Barbara Cytrynowicz, who now runs the Swim and Racquet Center in Boca, but was then her coach at Patch Reef, asked if she’d volunteer to help her work with kids. 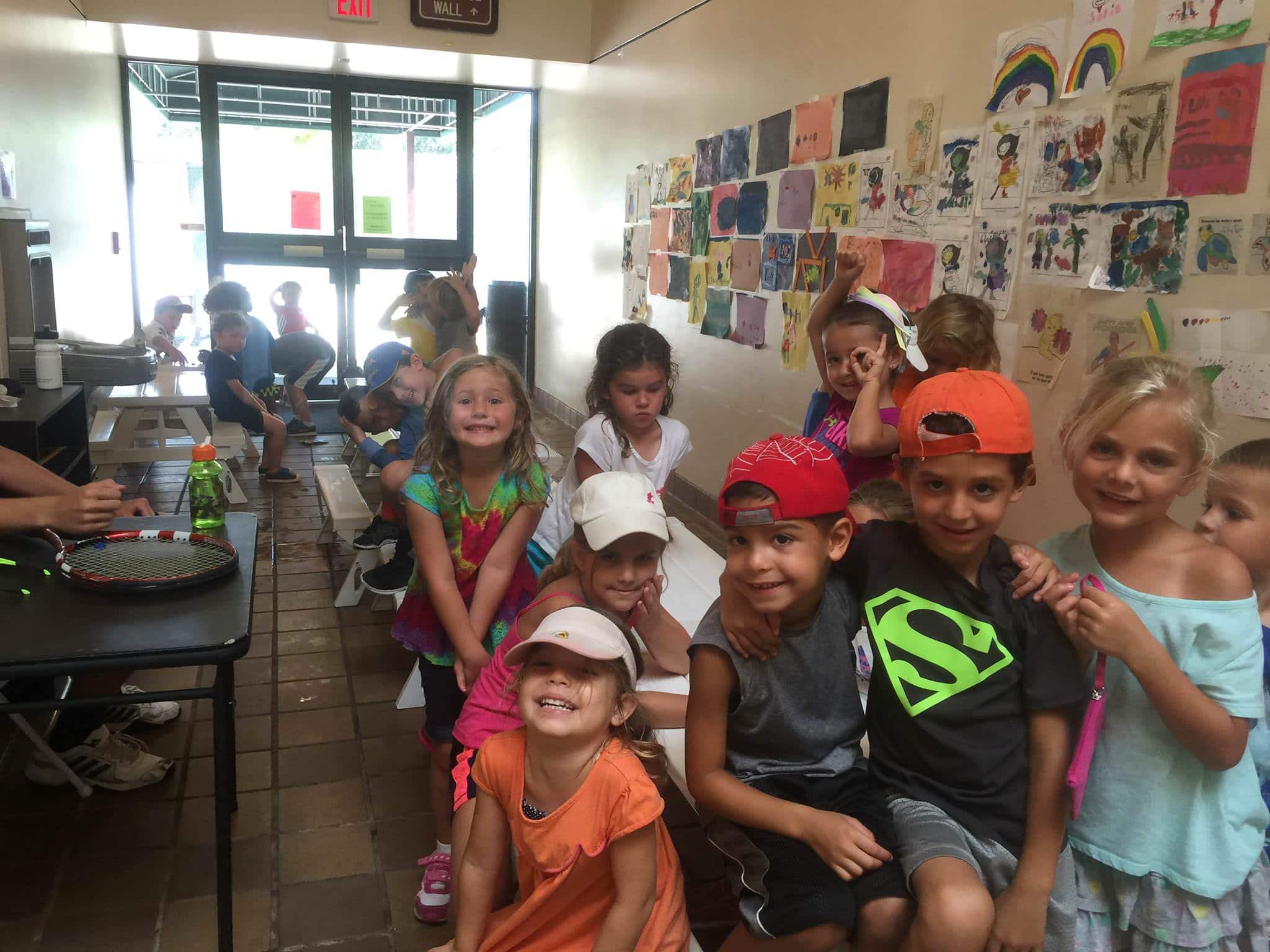 At first, Evelyn balked, but soon gave it a try, and after her first outing, she was hugged by a little girl who loved working with her. That hug tugged at her heart — and from then on, she was hooked. Barbara is “my mentor,” Evelyn confides. ”Everything I learned is from Barbara,” she gushes. “She’s amazing with the kids.”

Training adults and training kids is very different, according to Evelyn.

USTA Tournaments
Evelyn is hoping to have four or five courts at Patch Reef that are dedicated to children, with lower nets and painted lines. Such lines will enable her to run USTA-sanctioned tournaments for the kids. She’s hoping that such courts will be in play by the summer. 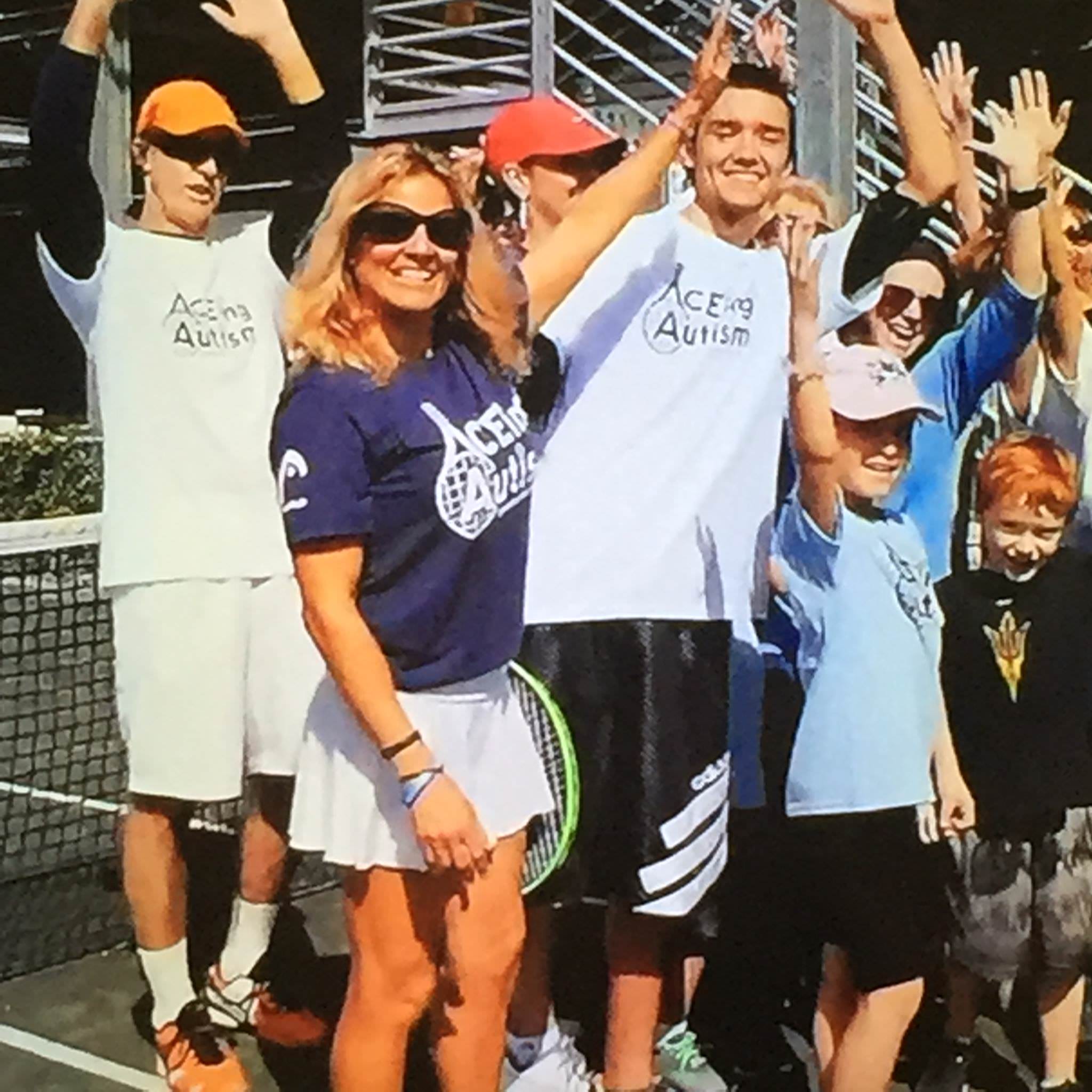 Some of Evelyn’s greatest joys have been teaching tennis to autistic children. While watching the U.S. Open, she saw a commercial for a program called Aceing Autism, founded in 2008 by Richard Spurling and Dr. Shafali Jeste in Boston. The organization is dedicated to helping autistic children and their families by bringing tennis into the lives of the kids.

There are currently five such programs in Florida — four of them in Broward and Palm Beach counties. Evelyn volunteered at the Boynton Beach facility, working with Lisa Pugliese out of Aberdeen Golf & Country Club. Impressed by the former corporate trainer’s creativity, co-founder Spurling asked her to launch a program in Boca.

She tells the story of working with a boy at the Delray Beach Tennis Center, who looked up at the bleachers, and thought he was at a baseball stadium. But that didn’t stop Evelyn from helping him hit tennis balls. She also talks about helping autistic kids, who literally needed a coach to help them hold the racket, but who, within a day or two, could hold the racket on their own, and hit the ball by themselves. 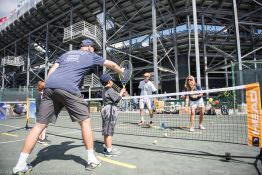 AUTISTIC LICENSE: As Evelyne feeds balls to an autistic boy, someone else holds the boy’s racket with him.

There are no words to express how rewarding it’s been to work with autistic kids and normal kids, she says. Could she ever go back to Office Depot or FedEx? Absolutely, positively not.

“I took a big cut in pay to go from corporate to kids,” she says, “but I would never leave them to go back to adults. Working with children has changed my life; I can never go to work angry. It’s so rewarding to watch these kids grow.