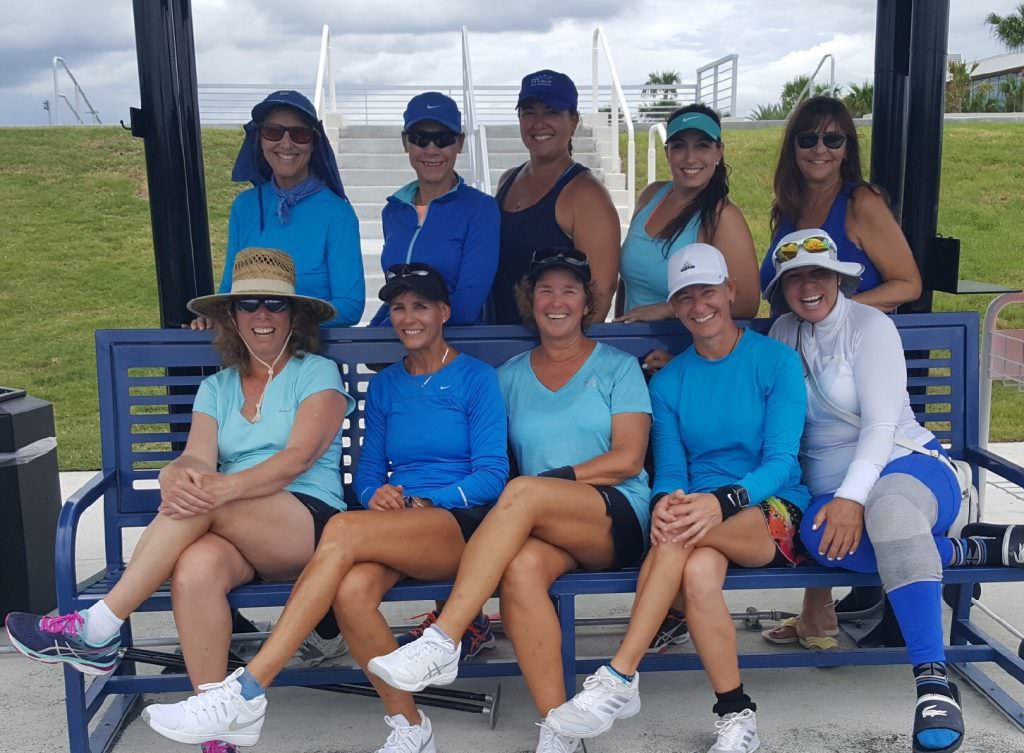 I first picked up a tennis racquet when I was six years old. I practiced after school, on weekends and nearly every day in the summer. Tennis was my favorite way to socialize and get exercise until I went to college and did not have time to play anymore.

After a 15-year hiatus, I got in contact with Maria Miro, the USTA Florida League coordinator in Broward County, and she introduced me to Theresa Caruso from Dillon Park. Theresa invited me to practice and encouraged me to join her 4.0 team, despite my rusty forehand. The introduction two years ago was the start of my journey to the USTA League National Championship in Arizona this October.

Our team was undefeated in the spring season, and we lost just one match in the fall, leaving us with a record of 19-1 for 2017! We plan together, practice together and most importantly have fun together.

In August I went to the USTA National Campus in Orlando to compete at state sectionals for the first time. The campus is absolutely beautiful and I was overwhelmed with excitement. From the first match to the finals the competition was fierce, but there were no arguments or poor sportsmanship on the court. After finishing my match in the finals, I cheered from the sidelines as my teammates played a super-tiebreaker to determine if our team would be state champions, and literally screamed with joy upon realizing we won!

When I picked up a racquet again two years ago I couldn’t imagine I would be getting on a plane in a month to represent Florida at a national level. Some people play their whole life and never get this opportunity. I am continuing to plan, practice and have fun with my team and hope that we make Florida proud and win the national title this year.

USTA League has allowed me to relive everything I loved about tennis as a child and so much more. I hope I never put down my tennis racquet again. 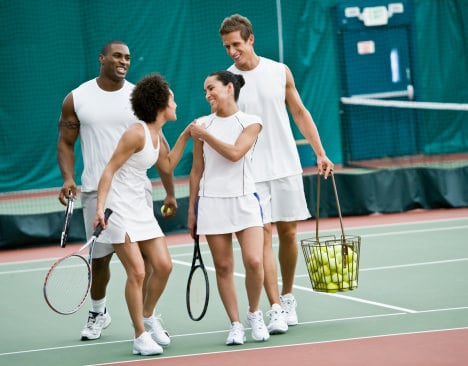 Anyone interested in attending please call Sunrise Tennis Center to register for the program which runs through November 2017.

The program will feature two 1-1/2 hour classes per week, Saturdays from 8:30-10 a.m. and Mondays 7-8:30 a.m. Each week will focus on a different theme — Groundstroke Technique and Consistency, Technical Development — The Modern Swing Paths, Introduction to Match play, Transition Skills, Weapon Development — Serve and Forehand, and Proper Recovery and Positioning to name a few.

The program is a combined Monday and Saturday session. The cost for current USTA member is $10 per week, and $15 per week for non-USTA members. Bring a friend, and both players pay $10 per week.

On Being a USTA League Captain 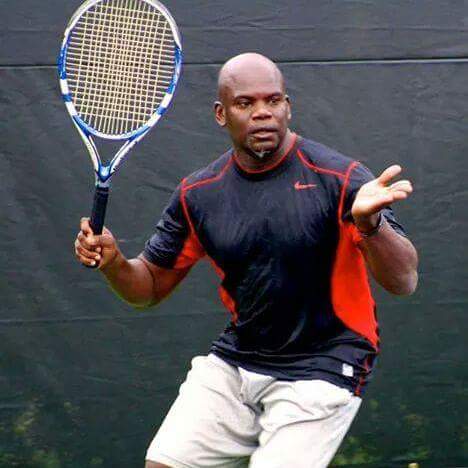 Being a USTA League captain is more than getting playing time. It’s about doing what’s best for the team and the players who entrust you to make the best and unselfish decisions for the team. I have seen many captains field a team just so that they can play, which has always disturbed me.

As a captain, I only play in emergency situations, such as right before a match when my player calls me and says they can’t make it, forcing me to run to my car and get my racquet and tennis clothes to take his place. Over the past 11 years, I can count on one hand how many times I have played on a team I have captained.

I’m a 3.5 male player who has led multiple teams during the past 11 years. I have taken multiple teams to sectionals: 3.5 men’s, 4.5 men’s, 7.0 mixed doubles, 8.0 mixed doubles (finalist a few times) and 6.5 men’s Combo (6.5 Combo won the USTA Florida League Sectionals in 2016). As a 3.5 player, I also captain 9.0 mixed doubles, 4.0 men’s and 8.5 men’s Combo team. My 9.0 mixed doubles and 4.0 men’s teams just missed going to the big Florida dance, USTA League Sectionals, a couple of times. I was fortunate to take my 3.5 team to nationals a few years ago. In taking the team to sectionals and nationals, I was surprised that the team I captained was the team with the most ethnic diversity.

I am an addict when it comes to being a USTA League captain. I don’t captain because I have something to prove. I captain because I enjoy bringing diverse players together and watching them develop together as a team. I thrive on the diversity of any team I captain — players coming together, learning about one another, becoming friends and ultimately a tennis family regardless of their ethnic background or differences. Being a USTA League captain who happens to be African-American is rare, but it promotes the inclusiveness and diversity the USTA continues to strive for.

Being a captain is about earning the respect of fellow captains, earning respect from my players, giving others the opportunity to enjoy the competitiveness to play this great sport that I love, and for my players, accepting one another’s differences to form a tennis family in order to achieve our common goal as a team.