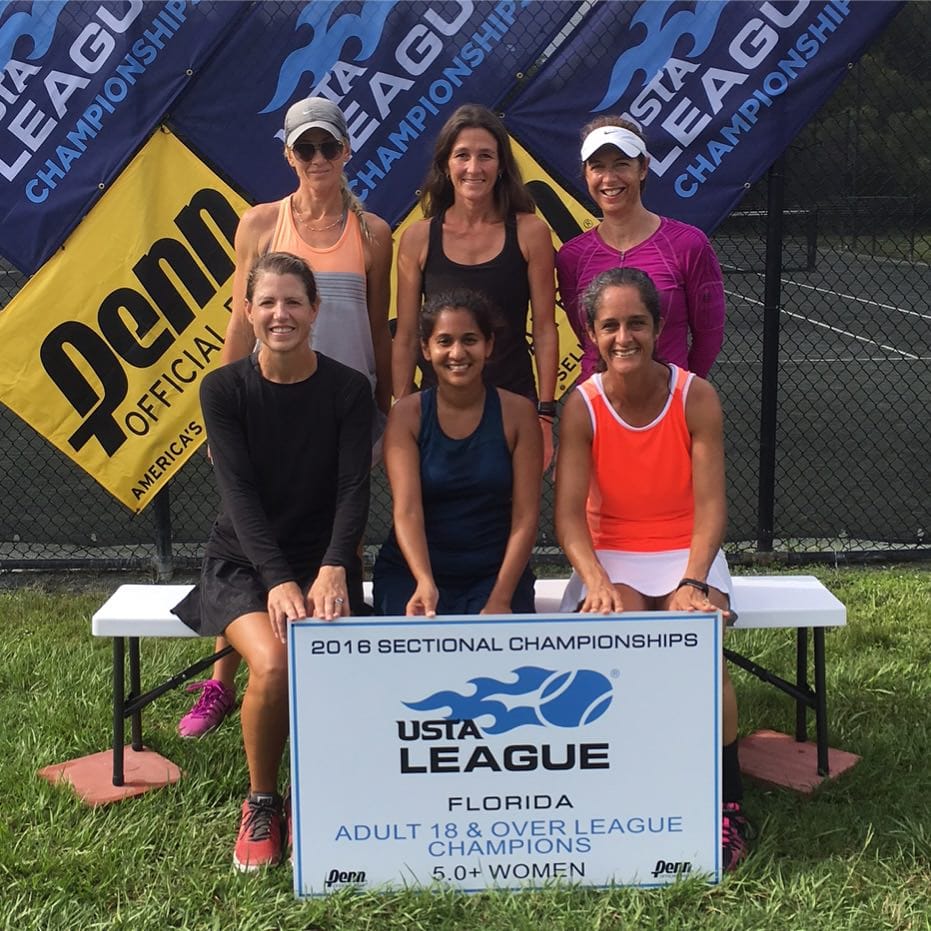 The USTA League 5.0+ women’s tennis team that plays out of Burt Aaronson South County Regional Park has won the five-team USTA Florida League Sectionals tournament held in Daytona Beach, and is bound for Mobile, Ala., to play for the USTA League National Championship during the weekend of Sept. 23-25.

The ladies, who went to sectionals last year but didn’t fare as well due to injuries, are hoping to bring a trophy back to the Boca Raton-based club.

Bringing home trophies is nothing new to the seven female stars, each of whom sports an “impressive tennis resume,” according to captain Alka Strippoli, 43, herself a former player for Rutgers University, and currently a mom and a part-time nurse practitioner at Bethesda Hospital East, in Boynton Beach. The roster that’s headed for nationals ranges in age from 32 to 47. Almost all have played collegiately, and some competed as juniors.

Ali Schwartz, for example, won the national clay court championship for 14-and-under as a teen, was part of the national championship team four years in a row at Lynn University in Boca, and is a member of the school’s Tennis Hall of Fame. She’s not the only Tennis Hall of Famer on the team: Jennifer Lane (Boston College) was also a three-time Big East Conference champion at No. 1 singles, and was part of a nationally-ranked doubles team at No. 1 doubles. 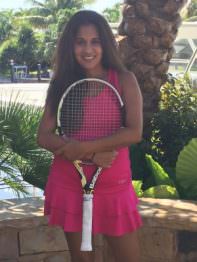 Alka (Rutgers University-Newark) was undefeated there for two years and was the school’s 1995 outstanding female athlete. Gedvile Norkute, a teaching pro, was the No. 1-ranked junior in her native Lithuania at both 12-and-under and 14-and-under, as was Paula Myslivecek in Canada. Paula also represented Canada in the world championships held recently in Croatia.

Leigh Waters was the top-ranked junior player in Pennsylvania, the state high school singles champion, and was the NCAA Female Athlete of the Year. And finally, Selina Weller played on the nationally-ranked Clemson University team.

Two other women were on the roster, but neither played a point all season because of season-long injuries. Seven active players can compete at the 5.0+ level (which allows two 5.5-rated players on a team) because matches feature one singles court and two doubles. “You’re only as good as the players you surround yourself with,” Alka noted, praising her teammates for “bringing a lot to the table” and the court.

But she praises their character, as well. “You might think such great players would walk with a swagger,” she says, “but these are all down-to-earth, and even humble, people and tennis players.”

One of the strengths of this team is how well each of the ladies gets along with each other on and off the court, for “each lady genuinely cares about each of her teammates,” she noted. “If someone is going through a rough time, the rest of us rally around her,” she added. And remember, these are some kind of ralliers.

These women are all so accomplished in their tennis careers that they rarely need encouragement, but Alka will sometimes inspire her mates by saying coincidentally the exact same words that Simba said in The Lion King: “Remember who you are.”

Alka never needs Alka-Seltzer to calm a churning stomach from the kinds of dramas that many South Florida women’s team captains have to deal with on a regular basis. But these are not the real housewives/tennis stars of South Florida. Concludes the captain about her charges: “While they’re all 5.0 players on the court, they’re also 7.0 people off the court.”