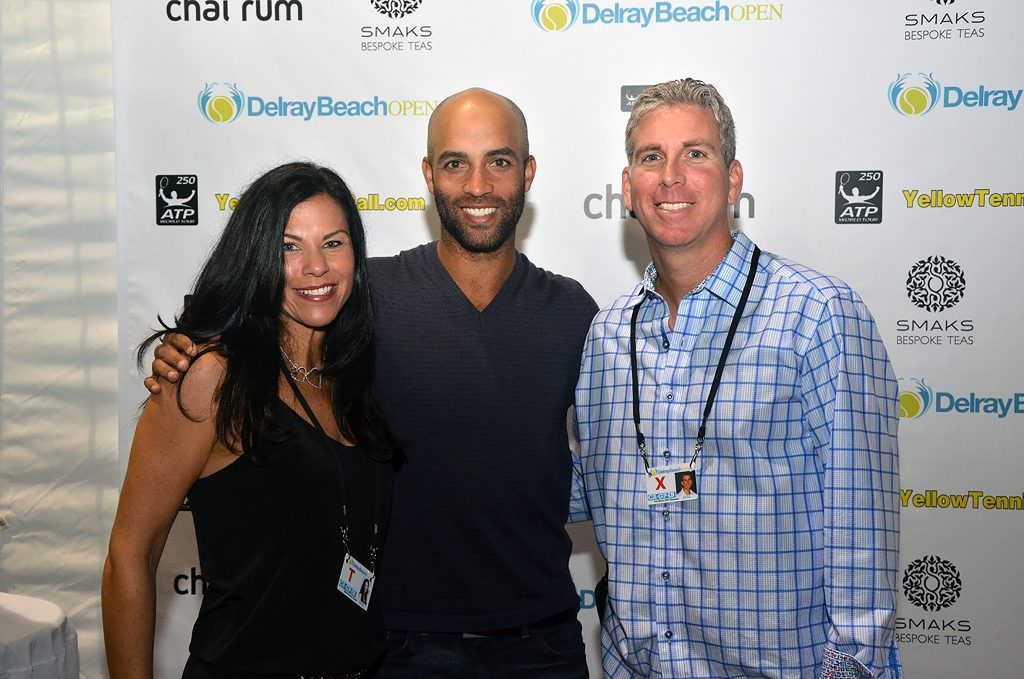 Ivan Baron, the indefatigable tournament chairman of the Delray Beach Open, is an enthusiasm dynamo for the tourney’s silver anniversary. The USTA Florida Hall of Famer has a lot to be excited about, as this year’s roster of players include world ranked No. 3 Milos Raonic, former US Open champion Juan Martin Del Potro, ATP World Tour career aces leader Ivo Karlovic, Top 25-ranked player Jack Sock, and the Bryan brothers, winners of 16 Grand Slam doubles tournaments.

On the senior side of things, there’s the ATP World Champions event, which pits a trio of senior American players against foreign-born former stars. This year, Team USA is captained by Mardy Fish, who’ll be playing with James Blake and Vince Spadea. Team International is headed by Feranando Gonzalez, and includes Sebastien Grosjean and Mikael Pernfors.

With some two-thirds of the world’s 62 tennis events handing out 250 points for world ranking, how does this 250-point tournament attract such top-ranked talent, while filling its 6,000-seat stadium with more than 50,000 spectators for its 17 sessions? (The Grand Slams award 2,000 points, while Masters-level events such as Miami and Indian Wells receive 1,000. Five hundred-level events in Rio, London, Washington D.C., Acapulco, and Barcelona, among other world markets, present 500 points.) To Ivan the Passionate, the answer is a combination of reputation, location, and annual calendar. 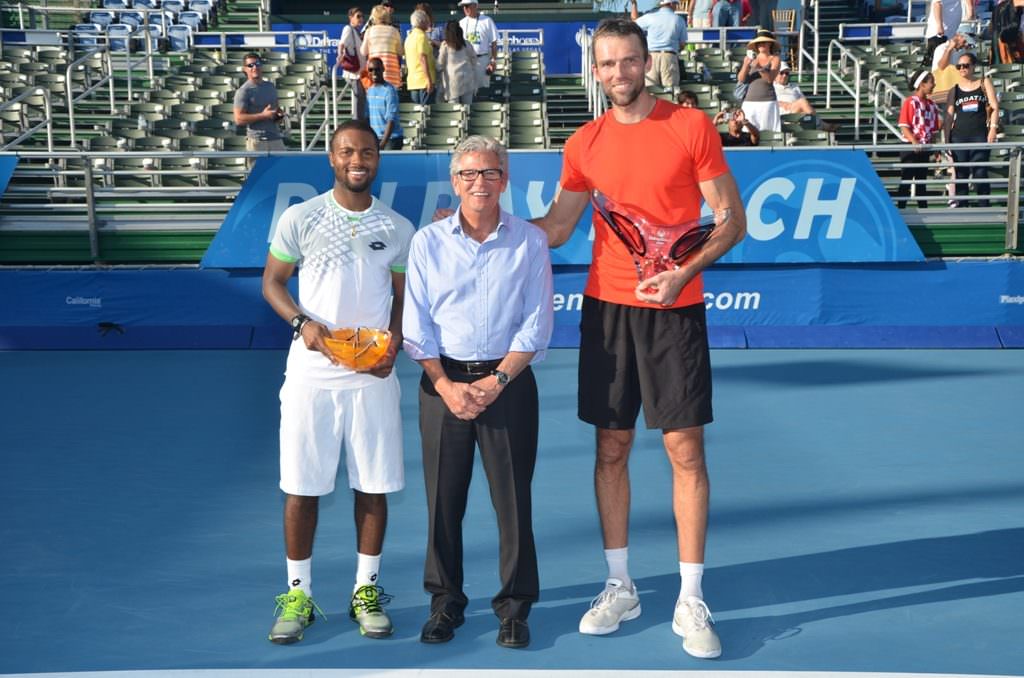 Taking place Feb. 17-26, the event for 32 male singles players and 16 teams of men’s doubles kicks off the North American outdoor season, following on the heels of an indoor event in Memphis, and leading in to other tournaments in Acapulco, Indian Wells, and Miami. Location helps: Delray Beach has, in recent years, twice been honored nationally as a top American small city — its access to beaches, music venues, and restaurants draw players for sun and surf. Some of the players have homes in South Florida, increasing the lure for them.

The tournament also has a longstanding reputation for treating the players “the way players should be treated,” according to Ivan. The marquis stars, who are featured in ads and promo literature, receive appearance fees “between one dollar and high six figures,” said Ivan. Some $600,000 is awarded in prize money — nearly $91,000 for the singles winner — with in excess of a million dollars budgeted for prize money and appearance fees.

The event also makes 600 hotel room nights in four Delray Beach and Boca Raton hotels complimentary to all players and umpires, and has staff coordinating transportation, as well as off-court recreation for players, who want to go biking, swimming, or riding in the Goodyear blimp.

All in the Family
The Delray Beach Open was started in 1993 by Ivan’s father Mark, who still serves as tournament director. Ivan’s brother Adam, an attorney, works full-time in business development. It was mom who brought tennis to the family early on. There are six full-time employees, with another five working part-time for five months a year. A trio of staffers has worked for more than a decade. 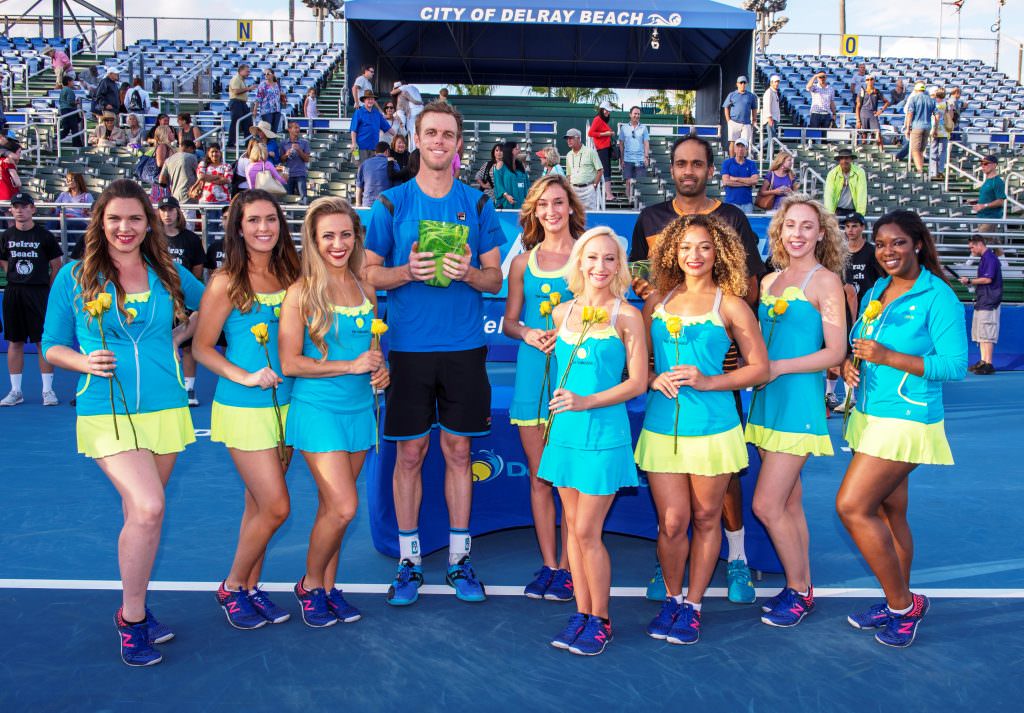 Then there are close to 250 volunteers for the event, plus another 100-plus ball kids. Ten Volley Girls, ages 18 to about 30, work as pre-event ambassadors at area fairs and shows, and during the event doing all manner of promotions and giveaways, greeting fans, and dancing during changeovers.

There are also some dozen special events, including VIP receptions, ladies lunches, and networking gatherings. They’re backed up by a handful of Fuzzy Nuggets, small fries under the age of 10, who are all a handful in their own right.

Florida Golden Boy
Born in Miami and raised in Pembroke Pines, Ivan won his first national event at the age of 10 and was the world No. 1-ranked junior at the age of 17. He was an All-American tennis player at the University of Georgia, and went on to play the ATP World Tour, rising to 150 in doubles and 210 in singles. He then went on to coach tennis for four years at the University of Miami and Florida Atlantic University in Boca Raton.

A veteran now of 15 years, Ivan continues in his work because the family atmosphere of the Open encourages staffers to try all kinds of things. Not unlike juniors who are encouraged early on to hit out by their pros and not worry about making errors, the Delray Beach Open staff “is not afraid to try something new and different,” Ivan said, including playing music during points. It was an idea that didn’t last, Ivan recalls with a laugh, but with some pride, as well, at being able to try it in the first place.

For more information and/or to buy tickets, call 561-330-6003 or visit the site at www.yellowtennisball.com.