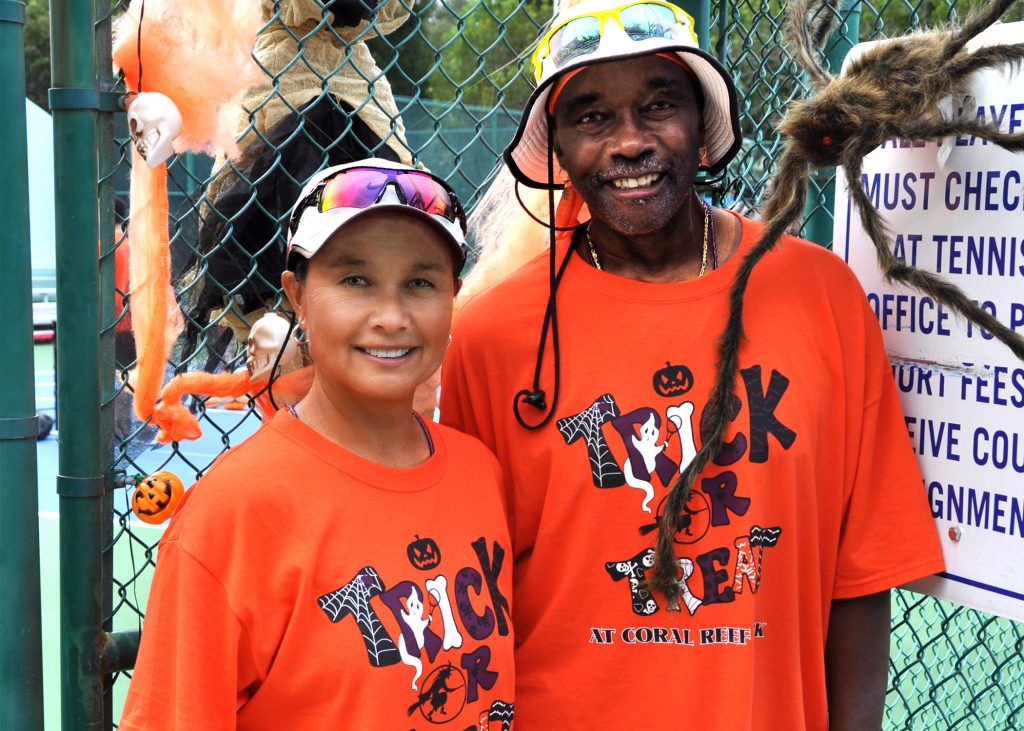 NOBODY DOESN’T LIKE KARA LEE: With all due respect to a food company and its ad campaign slogan, Kara and Lee are well loved by the kids they work with.

Goblins, monsters, and witches were just a few of the colorful decorations at the annual Palmetto Bay Halloween Trick-or-Treat and Movie Night at Coral Reef Park in Miami.

USTA Florida 2014 Junior Team Tennis Volunteer of the Year Award recipient Kara Borromeo and her husband Lee Pettis were at it volunteering once again for the third straight year.

This year’s event attracted some 500 people, from the ages of 2 to adult. This was no small feat, considering that it had to be postponed to the night of Halloween itself because of weekend South Florida rain. Festivities started at 6 p.m. with a screening of Hotel Transylvania 2. 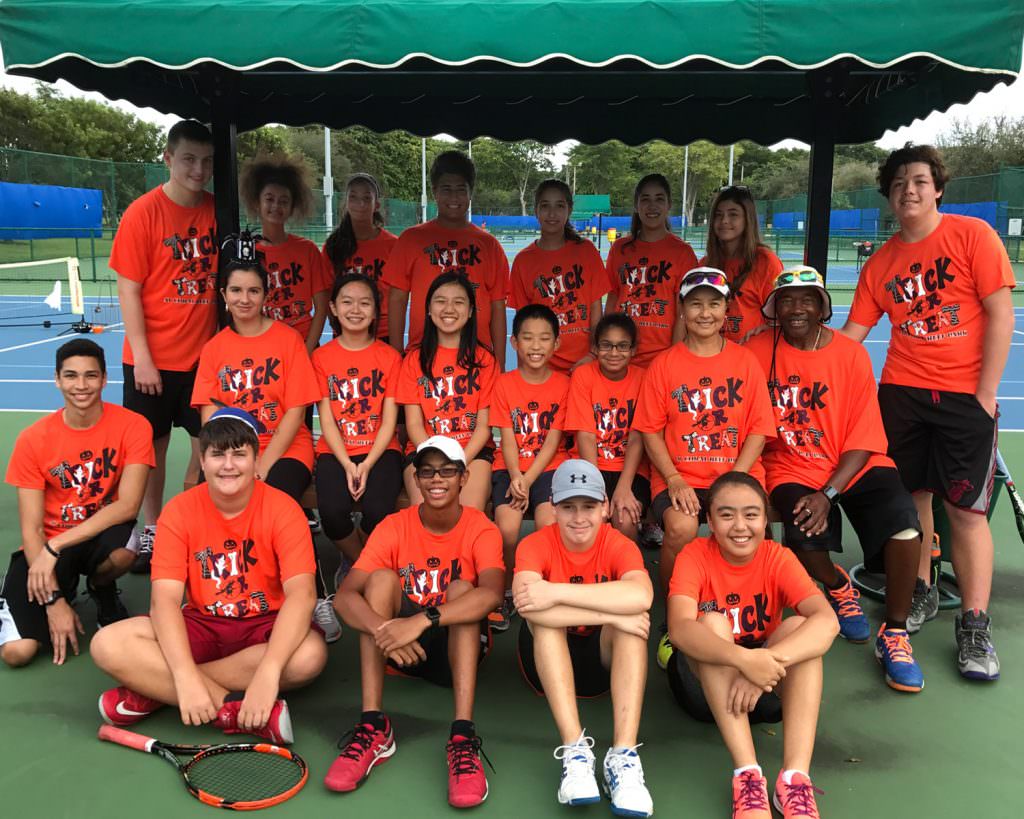 VOLUNTEERS: A group photo of the volunteers who helped make this Halloween tennis event such a big success.

The duo and their squad of high school and college community-service helpers, most of whom have been through the USTA’s 10 and Under training, volunteered with all the 101 logistic pieces necessary to make such a big program run smoothly. They had the use of six of the park’s eight hard courts, four of which have blended lines for the 10 and under kids.

Teaching pros worked with children on ground strokes, and seven stations were dedicated to the fun of feed-and-drop hitting of red and orange balls for hand/eye coordination to hit the goblins, monsters, and witches strategically placed on the court for the chance to win prizes.

All children got candy or toys just for participating. The cost for all these items, plus the t-shirts worn by their volunteer staff, were all paid for by the couple’s Truth N Tennis Academe business, which runs clinics and gives lessons at the park throughout the year. 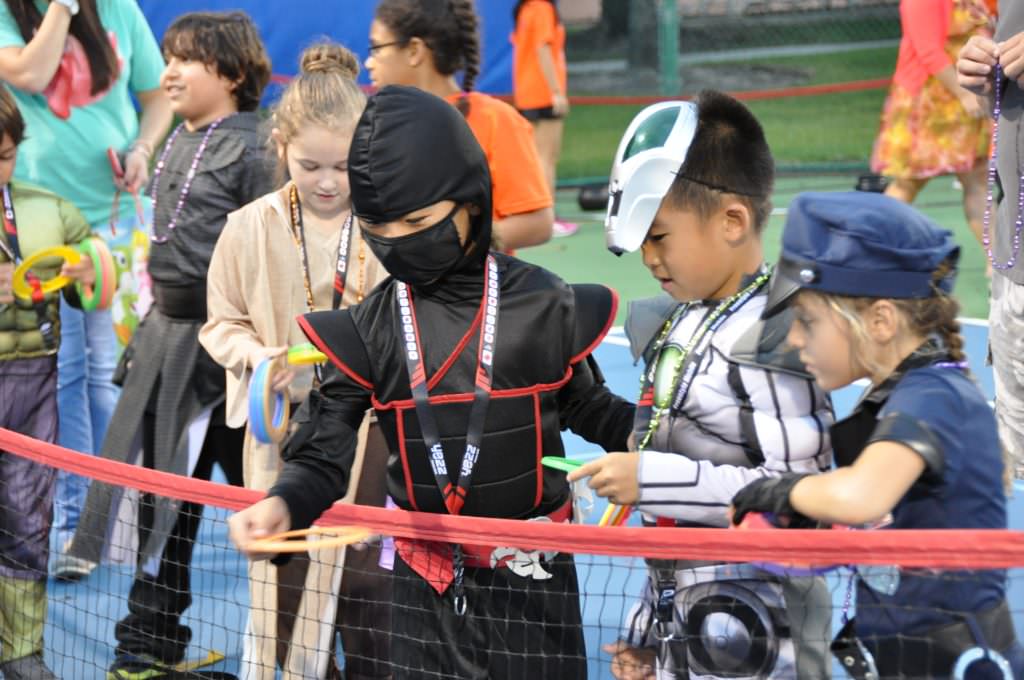 CLOTHES MAKE THE KIDS: Some of the children who participated in the Coral Reef celebration in their Halloween costumes.

“Seeing the eyes of the children light up when they hit a tennis ball, in some cases for the first time in their lives, is such a thrill,” said Kara, the daughter of a former softball coach. “Sometimes, they’ll run to their moms and dads totally excited after they’ve made contact with the ball,” she added.

Kara and her husband, who were the August 2015 USTA Florida Volunteers of the Month award winners, also volunteer to run 10 junior tennis teams this fall for kids between the ages of 8 and 17 through their business.