Broward and Orange/Seminole/Lake each collected two titles, while Marion County took home the remaining one up for grabs at the USTA Florida Adult 40 & Over 2.5W/3.5/4.5 Sectional Championships, held July 24-26 at the USTA National Campus.

A total of only five teams – Alachua, Brevard, Hillsborough, Marion, and Orange/Seminole/Lake – battled for the women’s 2.5 crown, making it the only division that was strictly round-robin play. The squads from Alachua (Hawkstone Golf & Tennis Club, Gainesville) and Marion (Fort King Tennis Center, Ocala) counties set themselves apart from the competition and both finished with identical team scores of 3-1 and individual scores of 8 wins and 4 losses. The determining factor came down to a decisive dual in which Marion bested Alachua by a 2-1 margin, putting Marion on top of the standings with the tiebreaking going in their favor.

Both women’s 3.5 and 4.5 divisions were dominated by Orange/Seminole/Lake teams. In the 3.5, the squad representing the USTA National Campus exited Flight 2 with a perfect 4-0 record, while the crew from Orlando’s Lake Cane Tennis Center also went 4-0 to finish atop Flight 1. Both teams then went on to sweep their semifinal matchups, producing an all-Orange County championship dual. The National Campus squad proved to be a force to be reckoned with, capturing the singles line and the first two doubles spots. Lake Cane’s solid effort on court three got the team on the board, but it wasn’t enough to starve the National Campus team of the title.

In the women’s 4.5, Orange/Seminole/Lake (Azalea Center, Winter Park) cruised through Flight 1 with victories in all four dual matches, only dropping just three courts along the way. They went head-to-head with Flight 2 winner Broward County (Frank Veltri Tennis Center, Plantation) in the championship match, and despite putting up a strong challenge, Broward just couldn’t stop Orange/Seminole/Lake. The Azalea Center squad claimed the singles position and doubles court three, while the remaining two doubles lines were decided in a match tiebreak that ultimately went to Orange/Seminole/Lake.

While Broward County may not have taken home a women’s title, they delivered in the men’s 3.5 and 4.5 divisions. In the men’s 3.5, Broward (Weston Tennis Center, Weston) was the wild card entrant into the semifinals after finishing second in Flight 3. The semifinals pitted Broward against the previously unbeaten Orange/Seminole/Lake squad (USTA National Campus, Orlando) in a dual that was ultimately decided by the total number of games won after each team claimed two courts. With the title at stake, Broward commanded the championship matchup against Polk County (Lakeland Yacht & Country Club, Lakeland), clinching the team win with a 4-0 record. The 3.5 men’s crown returns to Broward after Brevard County broke Broward’s 3-year streak in the division in 2020.

Finally in the men’s 4.5, the final came down to neighboring counties Broward (Parkland Tennis Center, Parkland) and Miami-Dade (Kendall Tennis Training Center, Miami). All four courts ended in straight sets, with Broward conquering singles plus doubles courts two and three to clinch the title. Miami-Dade prevailed at line one, as Ricardo Matos Casas and Julio Moran finished with a 6-4, 6-2 record to set the final margin at 3-1 in Broward’s favor.

The competing teams represented various clubs, parks, recreational departments and organizations, and finished at the top of their local leagues during the 2021 season to advance to the USTA Florida Adult 40 & Over 2.5/3.5/4.5 Sectional Championships. 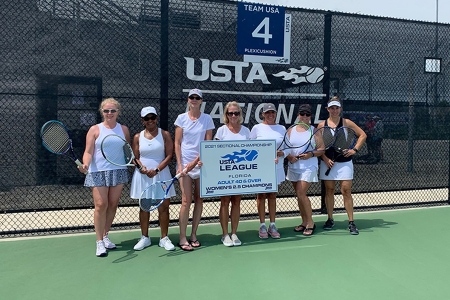 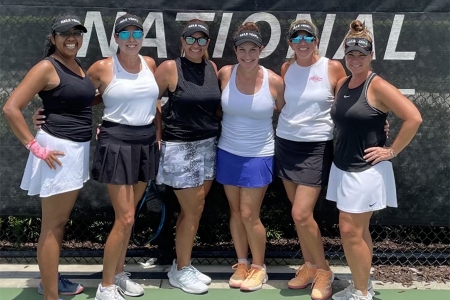 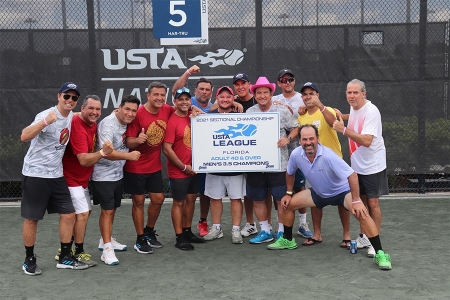 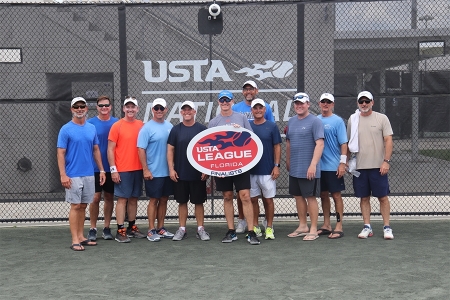 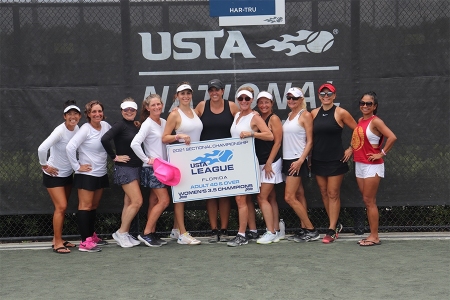 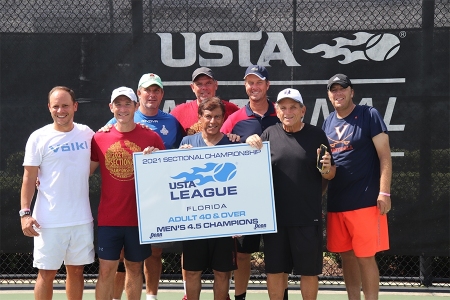 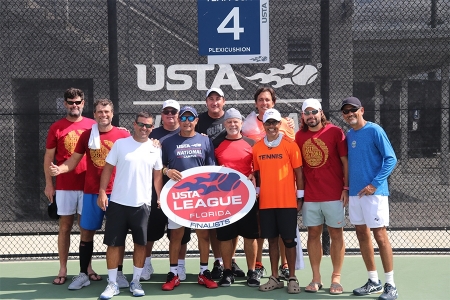 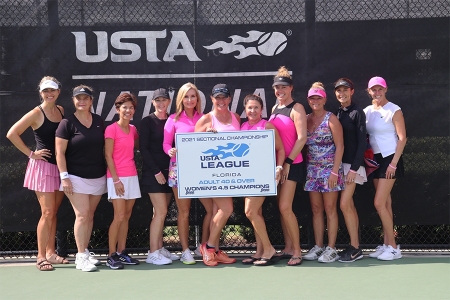 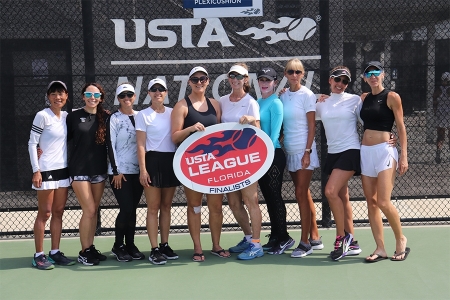 The USTA Florida League Championship Cup is awarded to the county with the most league sectionals titles during the 2021 season (standings through July 27, recent winners in bold):